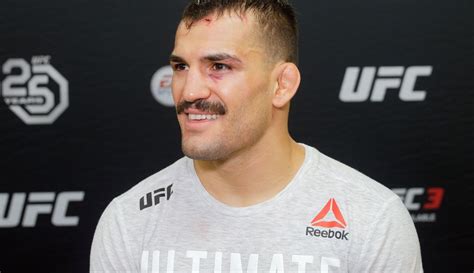 The featherweight bout between Mirsad Bektic and Renato Moicano has been pulled off the UFC 231 card because of an injury to Bektic.

It has been reported that Bektic suffered a relatively severe laceration in training earlier this week which has resulted in his withdrawal from the clash in Toronto. The match between Bektic and Moicano was made to be a supporting act for the main event which is the featherweight title fight between Max Holloway and fellow contender Brian Ortega. Had anyone in between Max and Ortega had pulled off from the fight, Moicano or Bektic would have been the backup choice to fight the main event at UFC 231,

Moicano has not been pulled off from the card and the UFC is currently looking for a probable replacement for Bektic.

Bektic had been on a two-fight winning streak with his last coming off against former title challenger Ricardo Lamas. He is 6-1 in the UFC with his only loss coming against Darren Elkins. Moicano, on the other hand, is 5-1 in the UFC  with notable victories against Jeremy Stephens, Calvin Kattar and Cub Swanson and his only loss coming off against Brian Ortega in UFC 214.

A fight between seasoned contenders like this would have been great for the fight fans to witness but unfortunately, it’s not happening.UFC 231 takes place in Toronto, Ontario, Canada on December 8 and the co-main event is in for the vacant flyweight title between Valentina Shevchenko and Joanna Jedrzejczyk.