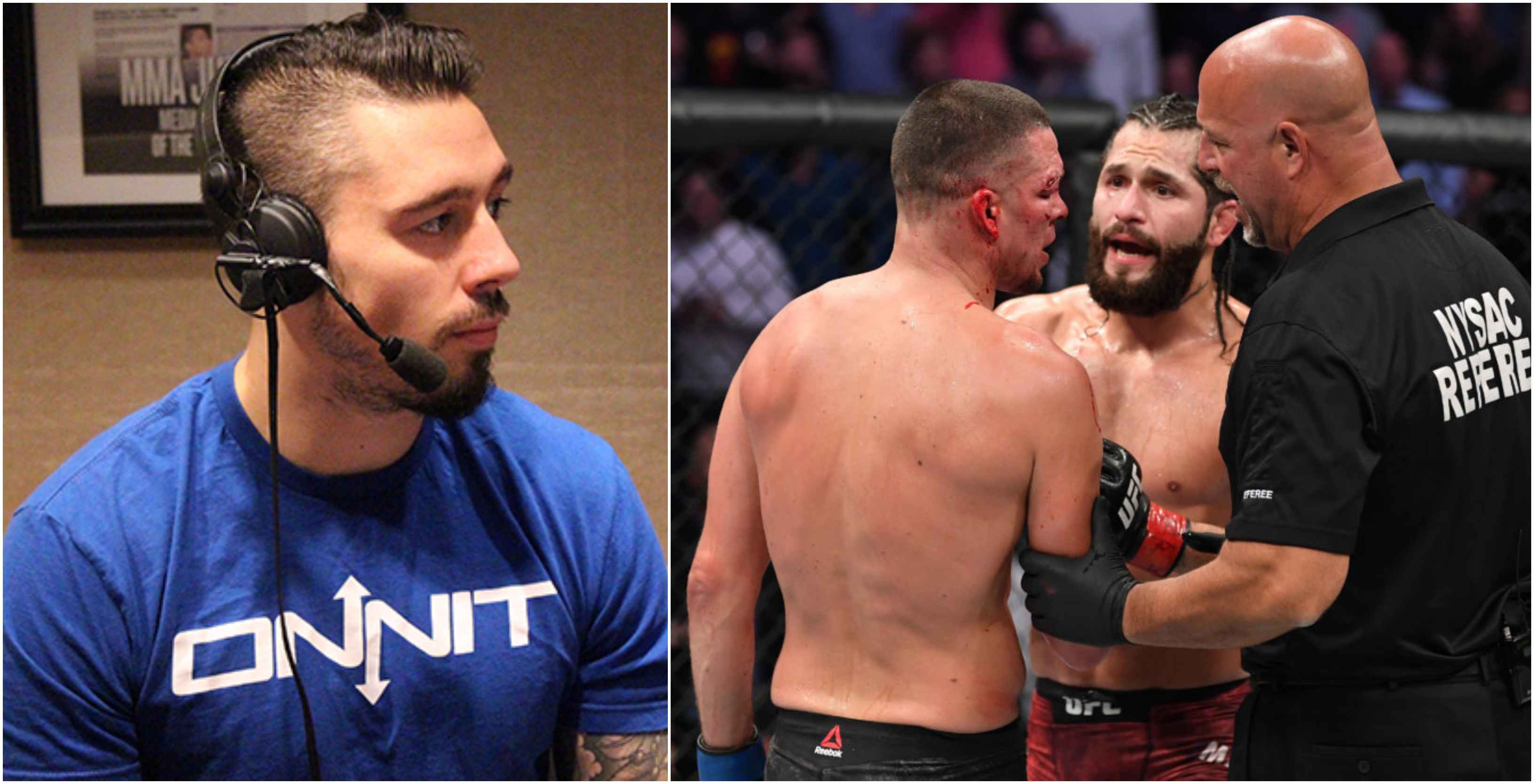 The BMF title fight between Jorge Masvidal and Nate Diaz took place at the Madison Square Garden Arena in New York City. The UFC 244 event had a different kind of ring to it. The event itself felt huge and add to the importance of the event, the POTUS was seated cage-side for this mega-event.

All the fights on the undercard were terrific, but everyone in that magnificent arena was present to watch the main event. Jorge Masvidal and Nate Diaz put on a show and it was perhaps one of the most entertaining fights of the year. Both guys went back and forth with each other for three full rounds. Masvidal was the better fighter for the majority of the three rounds. He outboxed and outstruck Nate Diaz throughout the fight.

The fight was scheduled for five rounds but it ended in the third round by the doctor, due to cuts above Diaz’ eye. His cut opened in the first round when Masvidal landed a huge leg kick which dropped him and cut open a huge gash over his eye. Masvidal was ahead by a wide margin on all three scorecards and was cruising towards a sweet UD victory.

MMA analyst and former UFC fighter gave his post-fight analysis on the stoppage.

“He [Jorge Masvidal] was cruising. Those first two rounds, it almost looked a little bit like he wasn’t even stepping out of third gear. He seemed to manage distance very well, he seemed to know exactly what targets he wanted to work on Nate and he had counters for all the things that Nate does. He was able to capitalize,” said Hardy.

“We expected Nate to get to him at some point, he landed a few shots. But that’s the tenacity of Nate Diaz covering distance. Masvidal’s head movement was excellent, even against the fence.”

“And [Masvidal was] happy to go to the ground with Nate as well, and early on. I was expecting if there was a knockdown, Masvidal was going to step back and call him back to his feet immediately. But it was almost as if he wanted to prove a point. Just standing over him, hitting him on the floor, it just looked so dominant.”

At the time of the stoppage, Diaz was checked out by the ringside physician and Diaz looked perfectly ready to continue into the fourth round and even Hardy acknowledged Diaz’ toughness.

The doctor stops the fight, but Jorge Masvidal and Nate Diaz are all class and love the respect between both these guys.

“You always get that rally from Nate Diaz. There’s always a point in the fight where he goes ‘now hang on a minute, this is my last effort, I’ve got to give it something,’ and I think the cut accentuated that because that was opened up pretty quickly. That was the kick to the head in the first round. Amazing that he came back from that really, ‘cos he was genuinely hurt.” (H/T – BJPenn.com)

Do you guys agree with his breakdown?