MMA: Chael Sonnen: “I would have kicked Ronda Rousey’s ass right out of the [ESPN] set” 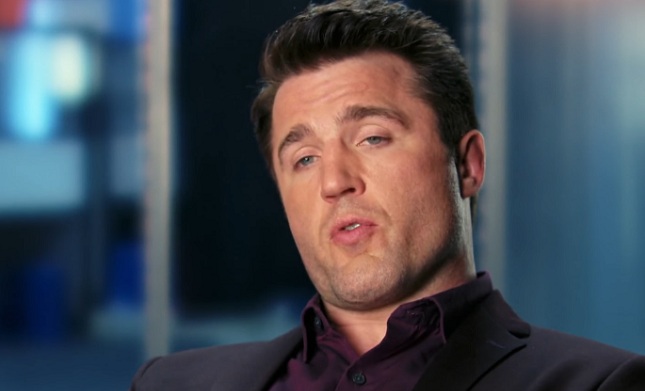 Ronda Rousey has been making all the wrong noises in the lead up to her in-ring pro wrestling debut at WrestleMania 34.

Criticized heavily for snapping at two separate interviewers for quizzing her about her MMA future, including boxing guru Max Kellerman, Ronda Rousey’s message to the media seems abundantly clear: talk about anything but MMA.

However, given her reluctance to indulge in much media after the Holly Holm loss at UFC 193 and the complete media blackout before and after the Amanda Nunes loss, questions regarding her MMA future are naturally to be expected.

Weighing in on the matter, Chael Sonnen didn’t pull any punches in his evaluation of Rousey and her conduct.

I found it a little bit annoying.

The host is doing you a favor by having you on, considering you’re jumping around a fake ring in Roddy Piper’s clothes. This is a sports show, and you don’t do sports, so maybe give the guy a little bit of slack.

It’s like ‘hey lady, you’re jumping around in a ring on pay-per-view in a few days. This is a sports show. We’ll extend this to you because you used to do a sport, so let’s help each other out here.’

Then she kinda threw it on his face.

Sonnen also continued on with his take, going as far as saying that he would have even ejected Rousey from the premises should she have acted up similarly in an interview he was conducting.

I’ve got to talk some real sports, because I just have to. I am a sports show, and I am in ESPN, okay?

You’re not active, bringing up history is no fun, so I’ve got to think about the future. Fair question by me, but you’re going to try and belittle me for it?

I will tell you, if I was the host, I would’ve kicked her ass right out of the set.

I’m inviting you on a sports show, on ESPN, a place you don’t belong as a pro-wrestler — but we all can scratch each other’s back.

Ronda Rousey teams with fellow Olympic medallist Kurt Angle to take on the team of Triple H and Stephanie McMahon at WrestleMania 34 on April 8th.

Do you think Chael Sonnen was justified in his strong stance against Rousey? Let us know in the comments section below!

Previous articlePro-wrestling: Indie wrestler gets attacked by the Dad of the girl he spat on
Next articleWWE: Paul Heyman claims that Brock Lesnar is genuinely interested in returning to the UFC