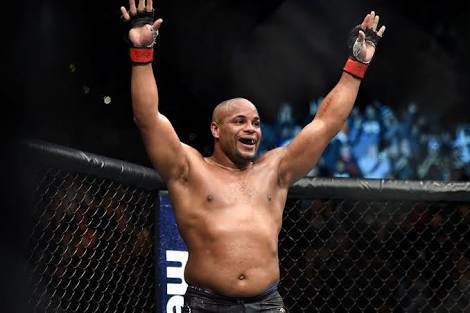 Current double champ Daniel Cormier even at the age of 39, is at the peak of his career.

Cormier has accomplished pretty much everything the sport has to offer. After representing the United States at the 2004 Olympics, Cormier went on to make the transition to MMA. Cormier then won the Strikeforce Heavyweight Grand Prix and then went on to capture belts at UFC’s light heavyweight and heavyweight division. It’s time for Cormier to fulfill his dreams outside the world of MMA. He got to do that the other day, when Cormier got an opportunity to broadcast NFL on FOX.

Cormier took to Twitter claiming it was a ‘dream come true’ of opening the NFL on FOX broadcast. (via Twitter):

Today, a dream came true. I had the incredible honor of opening the NFL on Fox broadcast. I am a lifelong Saints fan, so this was truly amazing for me. I’m so thankful for all the opportunities I’ve gained over the years through @foxsports and the @ufc. I’ll never forget this one pic.twitter.com/m6XXSKs1mj

Earlier this month Cormier revealed that he was close to get a shot to do commentary for WWE as well however had to back off due to an immediate booking against Derrick Lewis in Dana White’s quest for an appropriate main event for the UFC 230 card.

“If I didn’t have this fight, I have been talking to the WWE, because they wanted me to go in and do an audition as a member of the commentary team,” Cormier said speaking with MMAFighting. “That was my private little thing. But because of the fight, I had to push it back. So there might be some DC in WWE shit coming.”