MMA: Despite the recent set-back, Nick Newell is not yet ready to give up on his UFC dream 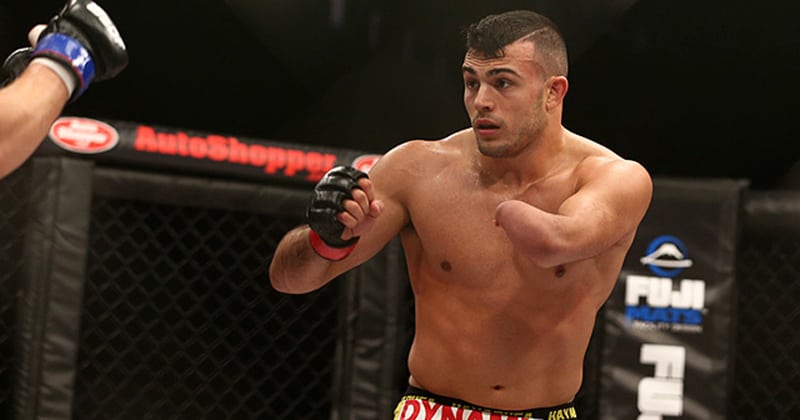 Nick Newell’s dreams of fighting in the UFC came crashing down, as he scummbed to the final hurdle and lost to Alex Munhoz in the final of Dana White’s Tuesday Night Contenders Series. While to many his UFC dream is over, Newell is not yet ready to give up.

Newell is eager to prove his doubters wrong and wants to prove that he is indeed good enough to get a victory in the UFC. Here’s what he told MMA Fighting:

People want to say, ‘I told you, it’s impossible. You can’t do it. It’s hard enough to do with two hands, let alone one,’ but I know what I’m capable of, mentally, I’m all there. Cognitively, I’m an intelligent person. Physically, I’m there. I had a bad day and I lost. People have good days and bad days; I had a bad day. But because I have one hand, it’s because of that. But in my opinion, that’s not it. He was a better guy that day. But I belong. I’ll be back and I’ll prove it.

I’m doing it because I’m a competitor. I want to prove I belong and that I can get a win in UFC.

Previous articleUFC: Dustin Poirier gives his prediction for the fight between Khabib Nurmagomedov vs. Conor McGregor
Next articleUFC: Cris Cyborg feels she will switch UFC for other promotions, claims there is too much ‘politics’ in the company