MMA fans are mad that Nate Diaz is pulling out of the fight, here are the top reactions 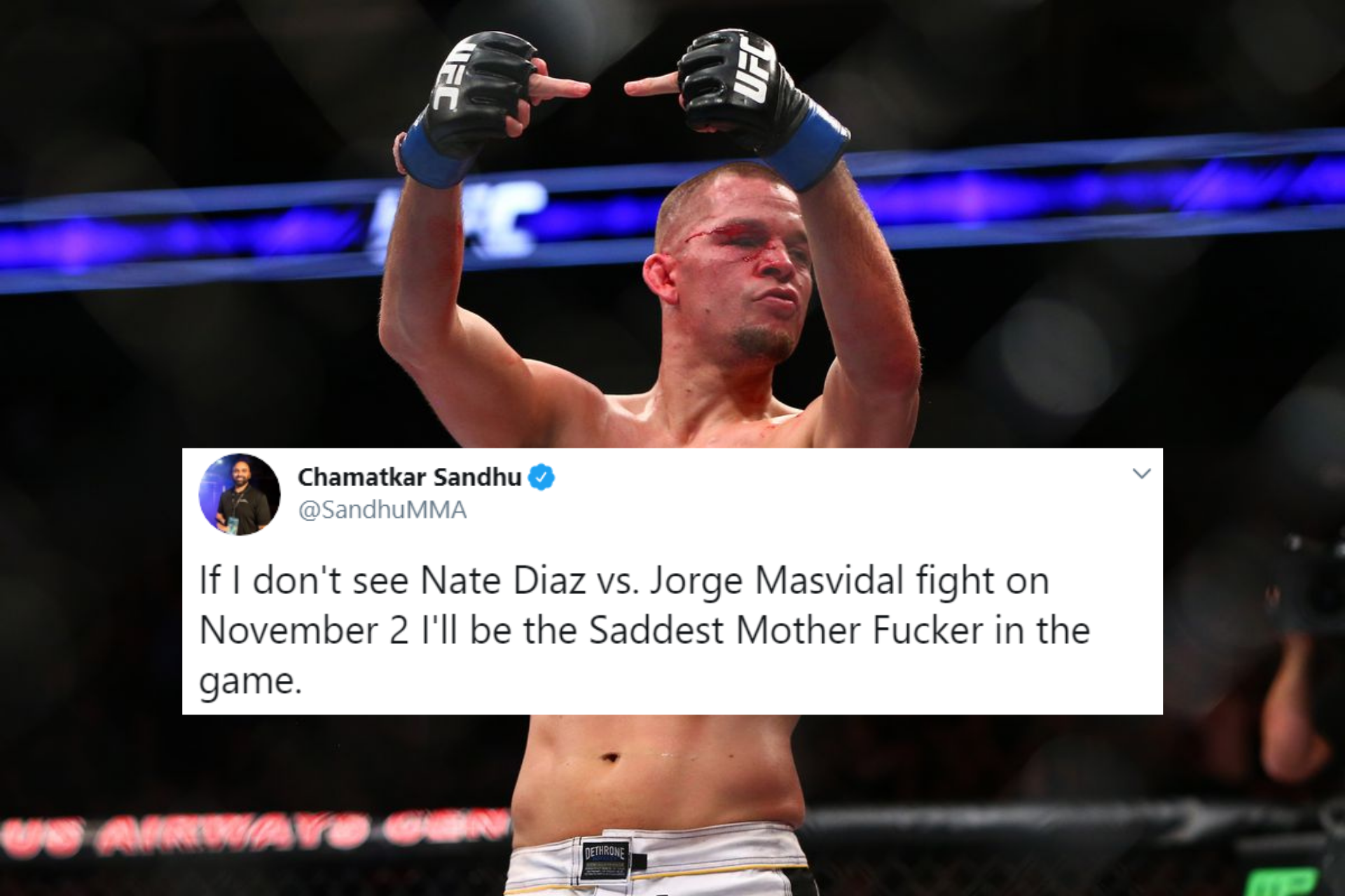 Just a few hours ago, Nate Diaz tweeted out that he won’t be making the trip to the big apple for his upcoming mega-fight against Jorge Masvidal, which was scheduled for UFC 244 at the Madison Square Garden in NYC.

Apparently, Diaz tested positive for elevated levels of a substance and he believes it came from a tainted supplement. Diaz didn’t specify as to what the substance was. This is a big blow for the UFC as this would easily have been the highest selling PPV of the year. Although USADA which is the official drug-testing agency for the UFC nor the New York State Athletic Commission has offered any comments related to this incident. UFC president Dana White has also not commented on this issue.

Fans, however, aren’t pleased about this entire issue and some fighters even took a dig at Diaz. Here are the top tweets:

If I don't see Nate Diaz vs. Jorge Masvidal fight on November 2 I'll be the Saddest Mother Fucker in the game.

Damn, Nate Diaz says he’s out of his #UFC 244 bout with Jorge Masvidal due to testing positive for ‘elevated levels’ for a substance which he believes to be from a tainted supplement.

To say this is heartbreaking for fight fans is an understatement. 😢 pic.twitter.com/AkrVZtq5BH

Nate Diaz claims "Everybody's on steroids", and said in his press conference with Conor McGregor that he was on steroids too.

I don't know what this cow is going through but I'll bet it had tickets to see Nate Diaz at MSG #UFC244 pic.twitter.com/4AVZ0wbwUl

“Nate Diaz is out of UFC 244 and will no longer compete for the ‘BMF’ belt” https://t.co/nMmAeZONld

Nate Diaz story is as fluid as it gets. A lot of people caught off guard by it. Not many answers right now, including the ultimate status of the fight itself, but it’s not a prank. That said, it is not accurate to say the fight is canceled as of right now. Developing.

Me after hearing Nate Diaz vs Gamebred is off after being hyped for this fight for like 2 months pic.twitter.com/csakT6VZwP

Nate Diaz is off from #UFC244 from "Tainted Supplements"

Nate Diaz: I’m not fighting Masvidal next week. I apparently tested due to tainted supplements.

I have reached out to UFC PR in regards to Nate Diaz's comments, according to PR they are "looking into this" #UFC244