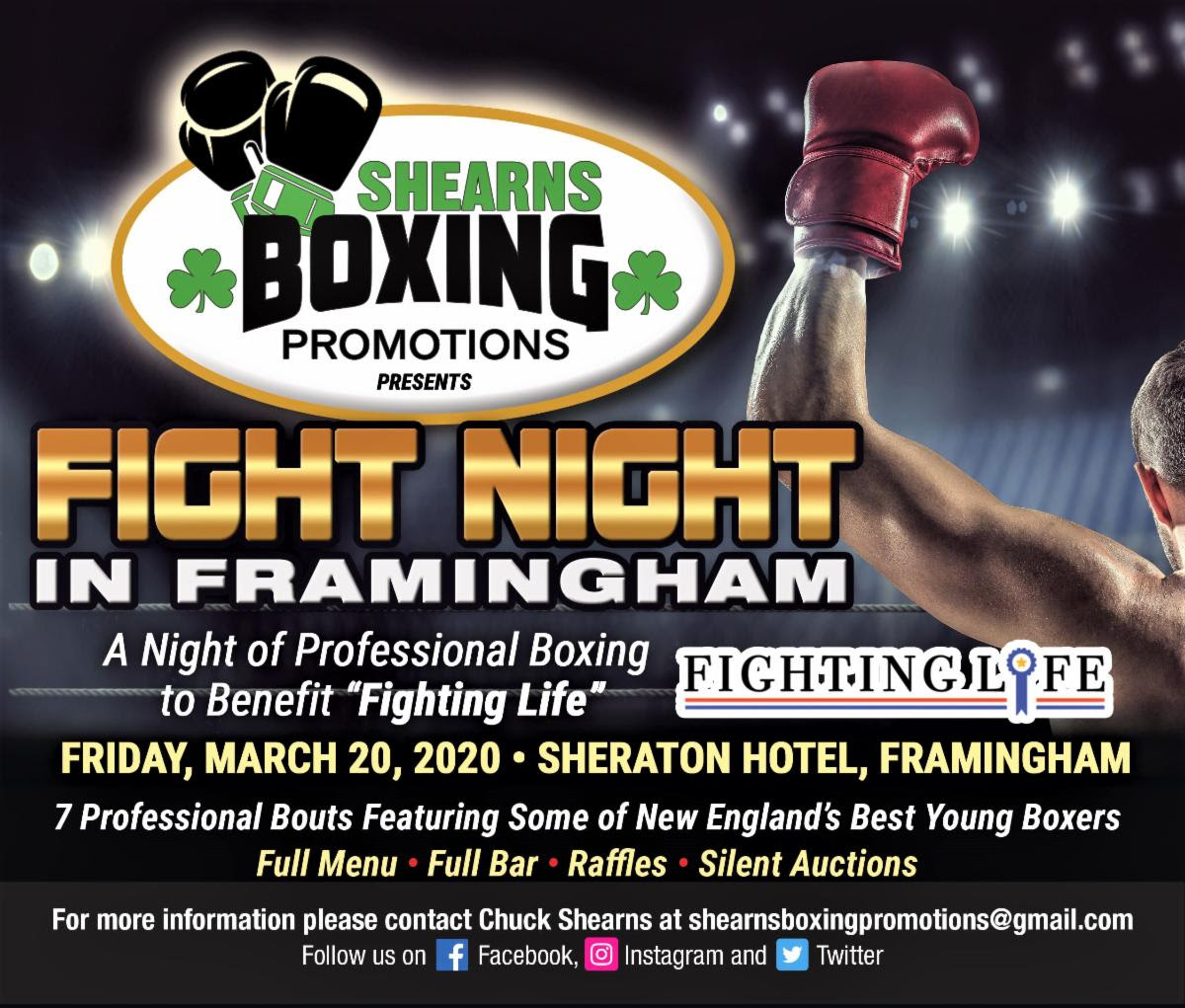 Mixed-martial-arts fighter Kastriot “Slaughterhouse” Xhema, fighting out of Greenwich, Connecticut, will make his pro boxing debut against another MMA fighter, Brazil-native Saul “The Spider” Almeida (0-10-3, 20-11 in MMA), Friday night, March 20, on the “Fight Night In Framingham” card at Sheraton Framingham Hotel in Framingham, Massachusetts.
The first pro boxing event ever in Framingham, “Fight Night In Framingham” is a presentation of Shearns Boxing Promotions (SBP), for the benefit of Fighting Life, an after-school youth boxing and academic empowerment program, Fighting Life, which is available 100-percent free of charge, to students beginning in elementary school through high school education.
The son of Albanian immigrants, Xhema has a 3-4 MMA record, mostly in top-rated Bellator competition. His route into combat sports was the result of the courts sending him into an anger management program.
“I got into a lot of street fights when I was young and then I went away to prison,” Xhema explained. “When it was time for me to get out a close friend kept encouraging me to try MMA at a local gym. I got out, started training, and began MMA fighting. Fighting is humbling. I’m hurting people all the time (in MMA and boxing), so there are no reasons to street fight anymore.
“I grew-up boxing but got into MMA because it’s the closest to street fighting. I still plan to do MMA. I just had back-to-back MMA fights that resulted in me breaking both hands. I needed surgery. The smaller gloves (in MMA) are different. I hit hard but I can’t hit as hard with MMA gloves. (Tyson) Fury, (Deontay) Wilder and others got me excited again about boxing.”
Xhema’s opponent, Almeida, is a popular, experienced New England-based MMA fighter (20-11) who will be fighting in front of his hometown friends and family from Framingham. He is winless in 13 pro boxing matches with three draws.
“I don’t know my opponent, but I respect him,” Xhema said. “I don’t care about records or what people say. They don’t matter It’s going to be a fun night and I’m definitely excited. I can’t wait to get in there and do what I love. Hey, I get excited going to spar.
“For a short time, I did kick boxing. I just love to fight!”
Framingham super featherweight Timmy Ramos (5-0-2, 5 KOs), a two-time New England Golden Gloves champion, faces Carlos Marrero, III (2-3-1), of Bridgeport, CT, in the 6-round main event.
Nearby Marlboro, MA lightweight Nelson “Chino” Perez (2-0, 2 KOs), another former N,.E. Golden Gloves champion, has a new opponent in battled-tested “Relentless” Agustine Mauras (6-7-3, 3 KOs), of Lawrence, MA, in a potentially explosive 6-round, co-featured event.
Boston heavyweight Tracey Johnson (4-7-6), whose brother is past Olympian and reigning WBO super middleweight champion Demetrius Andrade, meets Larry “Hitman” Pryor (11-22-5, 5 KOs) in a 6-round bout.
Revere, MA super middleweight Jarel “Sandman” Pemberton (3-0, 1 KO), also a N. E. Golden Gloves champion, takes on his Brazilian opponent, Leandro Silva (2-3, 2 KOs), in a 4-round match.
Also fighting on the undercard in a pair of 4-round fights is Southbridge, MA welterweight Wilfredo “El Sucaro” Pagan (6-1, 3 KOs) vs. Tyrone “Hands of Stone” Luckey (9-12-4, 7 KOs), and Worcester, MA super featherweight Ranse Andino (1-1) vs. Henry Garcia (0-5-1), of New Bedford, MA.
All fights and fighters are subject to change.
Tickets prices are $75,.00 ringside (rows 1-3), $60.00 (seated), $45.00 standing room, and VIP tables (of 10) for $1000.00 and may be purchased HERE, at UpperKuts gym, or from any of the local fighters on the card.
Doors open at 6:30 p.m. ET, first fight at 7 p.m. ET.
Street Light Ventures is the presenting sponsor. Other sponsors include Bernardi Auto Group, East Coast Herbalist, Tecate, Ashwood Advisors LLC, Baystate Engineering, Buzz Cuts, Northeast Chili, Clocktown Liquors, Needham Plumbing, Reiki Energy, Exposure Hair Design, Granite Chin Promotions, Pauley Advertising, and A Affordable Insurance.

Previous articleUFC News: Kevin Lee vs Charles Oliveira card could be in doldrums after Coronavirus scare
Next articleUFC News: Featherweight Champion Alex Volkanovski reveals who his next opponent may be!