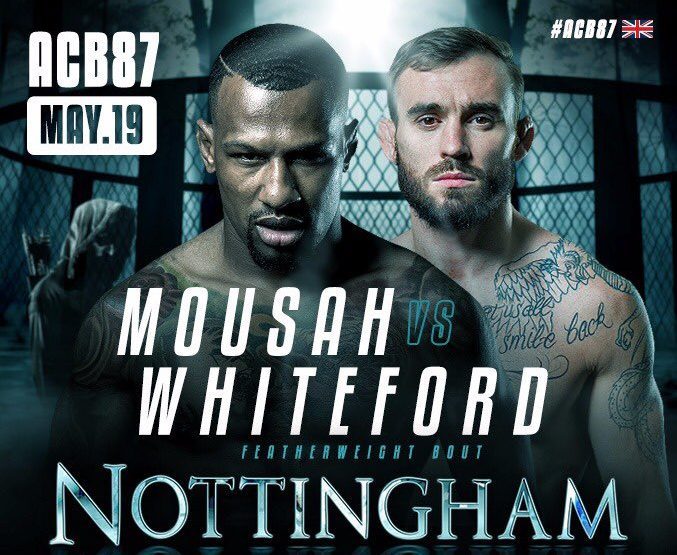 Robert Whitford and Kane Mousah got into a physical altercation at ACB 87 weigh-ins and the UFC legend Frank Mir and the highly regarded referee Herb Dean had to step in and pull both the fighters apart. Robert and Kane went eye-to-eye during a faceoff, but the brim of Mousah’s hat hit Whiteford in the nose. Whiteford slapped the hat off Mousah and then shoved his face. 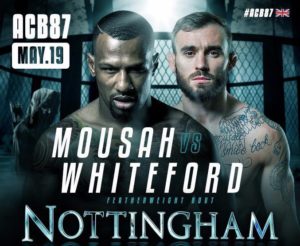 Before things could get totally out of hand, Mir grabbed Whiteford from behind and Dean pulled Mousah away. Mir is the ACB color commentator and Dean is working the event Saturday as an official.

In the lead up to Saturday’s main event, both fighters would take to social media to trade barbs with one another, with one highlight being Mousah referring to his opponent as “a little munchkin” and Whiteford firing back with “your f**ked son” which only increased fans anticipation for the fight.

Entering the bout Mousah is coming off the biggest win of his professional career when he defeated former Cage Warriors 145lbs champion Alex Enlund on his promotional debut at ACB 70 last September.

ACB 87 goes down on Saturday, May 19 at the Motorpoint Arena in Nottingham

MMA: Frank Mir believes Brock lesnar is a big draw but does not compare to Fedor Emelianenko as a fighter

Previous articleUFC: Demian Maia not retiring after UFC Chile loss, plans to finish contract
Next articleUFC: Kamaru Usman reveals that he broke both his hands at UFC Chile