MMA India Exclusive: Arjun Bhullar on what’s next for DC – Brock or Jones 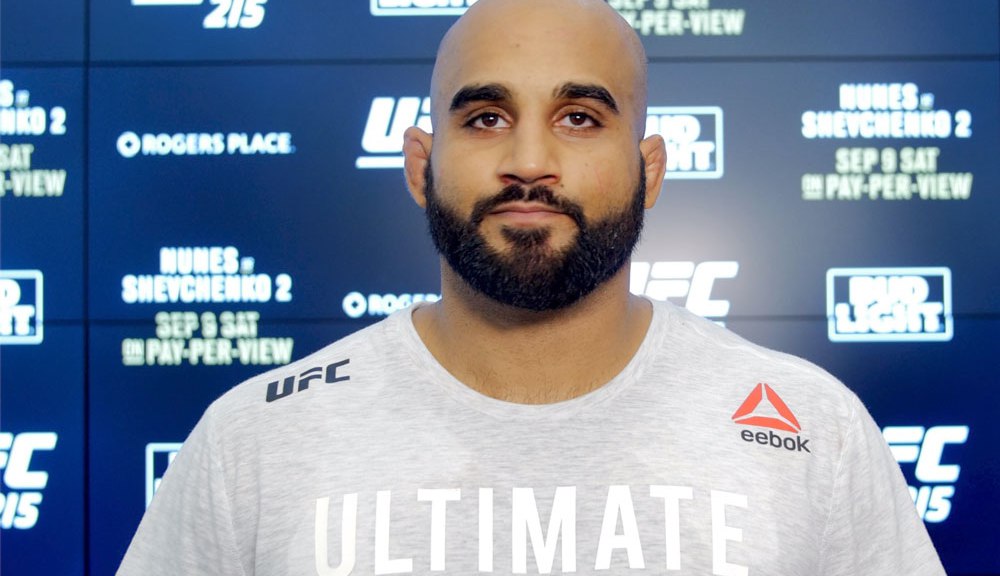 Arjan Bhullar was recently on The MMA India Show, where he talked about quite a few things. He talked about his strategy for the UFC Fight Night 138 victory in Moncton against Marcelo Golm, what he plans to do next in his MMA career, and also about Daniel Cormier’s possible future plans.

Arjan Bhullar won his UFC Fight Night 138 fight against Marcelo Golm after checking his low leg kicks and taking the fight to him.

In the interview, Arjan Bhullar talked also about Daniel Cormier’s fight against Derrick Lewis. In Bhullar’s opinion, Cormier had three clear paths ahead of him. If Cormier beat Derrick Lewis then it made sense for Cormier not going down to Light Heavyweight and for Jones to come up a weight class and challenge him for the title. If Cormier lost, however, and Jones won his fight against Gustafsson, then Cormier could go down and challenge him for the Lightheavyweight. If Cormier lost and Jones also lost, then it was more likely that Cormier would wait around for a fight against Brock Lesnar, and possibly leave the UFC following that fight.

Bhullar also mentioned that although his challenge in this fight was to check the leg kicks, the fact that Golm injured himself during a leg check helped him. At first, Bhullar’s heavy lead leg approach looked dangerous for him, but Golm’s leg broke and swelled up, which Bhullar took full advantage of.

Later in the interview, while talking about what was next for him, Bhullar said that his goal was to reach the UFC title down the line. He admitted that he and his team had not looked past Marcelo Golm, so he did not have a name for who was next. However, Bhullar went on to say that whoever it was, had to be someone higher up, so that he could move up the ranks and towards the title.

Whatever be the case, Bhullar ended on a positive note saying that he thought it would be 12 to 18 months before UFC came to India, as it was only a matter of time before they took advantage of the market.