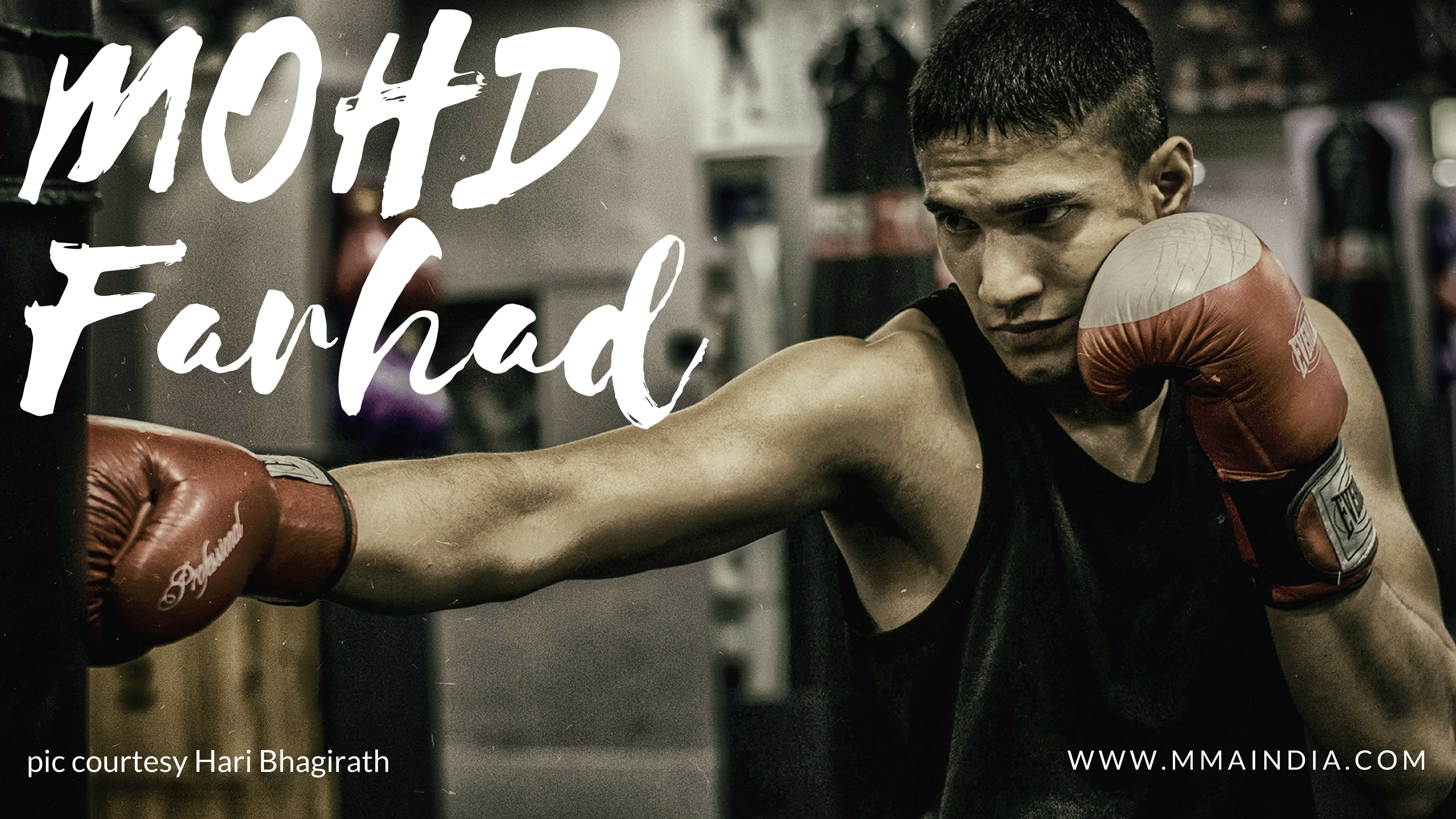 Mohd. Farhad is an Indian Bantamweight and one of the flag-bearers of Indian MMA. He is a two-time National Muay Thai champion and is now working hard in becoming a MMA champion as well.

The Indian knock-out king has been mentored by greats such as Royce Gracie, Gokan Saki, Mike Passenier and is now training under a great Indian coach, Jitendra Khare at Evolution MMA.

In an exclusive interview, Farhad talks about his journey, critics and a lot more. 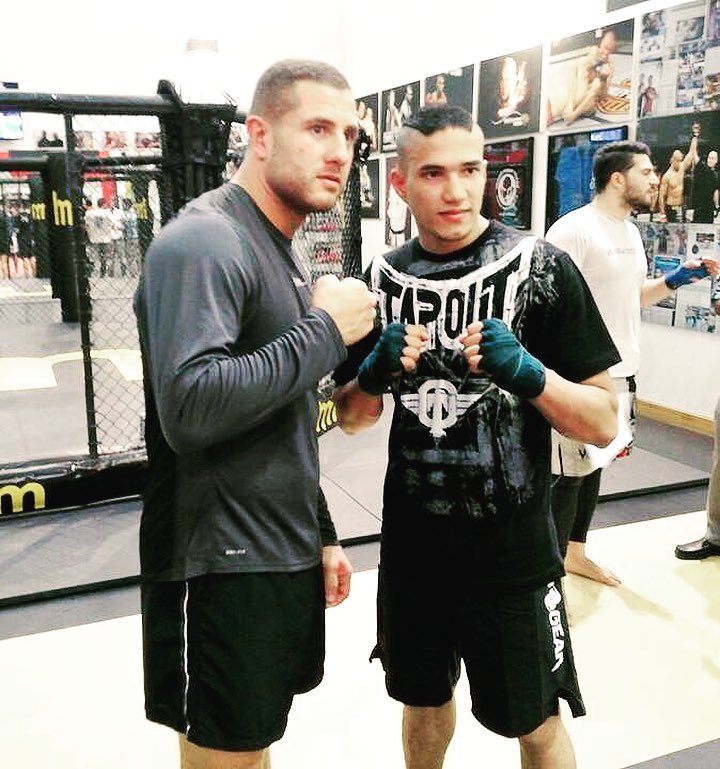 Sangam Shukla: MMA has recently gained popularity in the country. How were you first introduced to the sport? What made you take up MMA as a profession?

Mohd. Farhad: I’m a guy, so we men are usually quite interested in action and fighting. I was originally a traditional boxer. However, in my boxing days, I felt confined because I could only use my fists. I wanted to use kicks, knees, elbows as well, thus I started training in Muay Thai as it gave me the freedom to utilize my kicks and elbows, etc. Then one day I got to know that there is a sport called MMA in which not only striking but grappling is utilized as well. Every martial artist faces a “What if!?” question in his career. While doing Muay Thai I was comfortable fighting on the feet, though the question that pestered me was “What if I get taken down?” My striking skills won’t help me when I’m flat on my back. Thus, the curiosity to learn even more forms of martial arts and the incentive of being able to utilize grappling as well made me transition into MMA.

During my school days, I wasn’t a dumb kid nor a topper, I wasn’t too overly interested in studies and was always more inclined towards sports. The reason I chose this profession was because it was my passion. Hence, I decided to follow my passion a became a professional fighter.

SS: Everyone watches the flashy highlight reel knock-outs that you do. However, people are curious to know what kind of a person you are outside of the cage? What do you do whenever you’re not training or fighting?

Farhad: When I’m done with my fight, I do cherish taking a break for a few weeks. I’m just a normal guy who likes hanging out with friends, chilling out and going to parties. Though, after a fight, I usually go to the mountains for trekking and hiking. I’m a personal trainer as well so I’ve got a lot of high-profile clients whom I train.

SS: You just said that you’ve got quite a high-profile clientele. Can you tell us about some of them?

Farhad: A lot of my clients include politicians and local MLAs. We’ve also got a few Bangalore based CEOs with whom my sparring partner, Abdul Muneer and I train together. 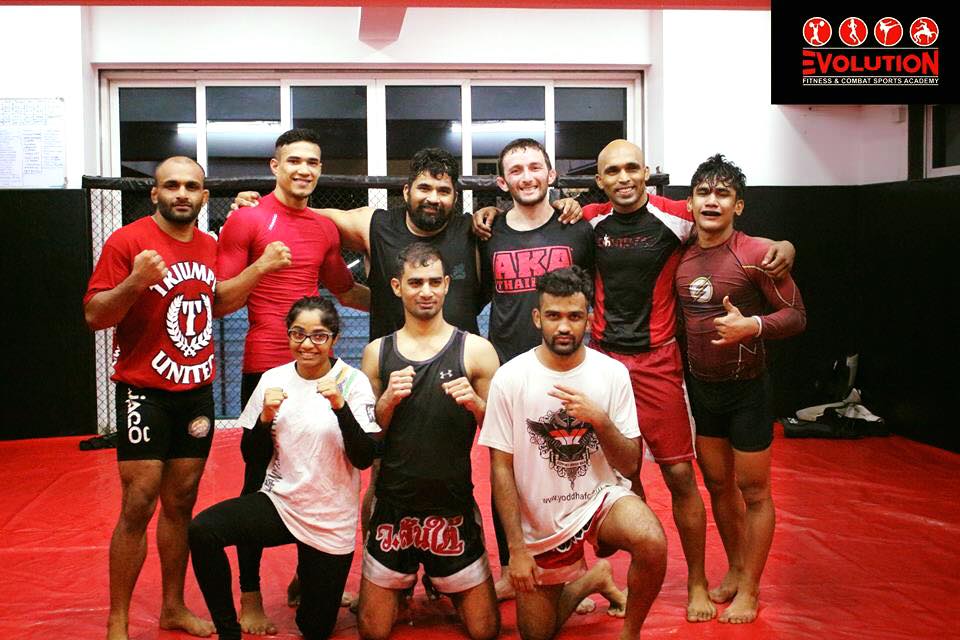 SS: When and How did you become a part of Evolution MMA and Team Relentless?

Farhad: A few years back I wasn’t really connected with anyone at Evolution, I had heard about them but wasn’t in touch with anyone. After a while, my manager Mr. Aditya PS started the MMA-fighters federation and via him I got in touch with Mr. Jitendra Khare. Mr. Khare told me that I was always welcome to come train with them so I just went there and started training with the team. Within a month of joining Evolution, I felt that I had improved a lot.

SS: You fight at Bantamweight. How much weight do you usually have to cut for a fight?

Farhad: I usually walk around at 67-68 kilos. Thus, it’s quite easy for me to cut weight. However, there was a time in my career where due to some association politics, I was out of fighting and even training for a whole year. That was a really difficult time for me and I went out of shape. I put on a lot of weight and was around 73-74 kilos at that time. Then when I finally got back to fighting I had to cut all that extra weight in a single month. That was the most difficult and draining weight-cut of my career. Though, it motivated and fuelled me and I told my coach that I was going to knock-out my opponent, which I did by knocking out Badr-Eddine.

SS: You’re a former two-time national Muay-Thai champion. How difficult was it for you adapt to MMA?

Farhad: During my Muay-Thai days, when I told my then coach that I wanted to do MMA. He absolutely refused to let me do MMA stating that it’s too dangerous. My coach told me that if I could win two gold medals in the nationals then he’ll permit me to train in MMA. I worked quite hard to make that dream come true and won two golds in a single year, one of them in the amateur competition while the other in semi-pro.

Then when I started doing MMA, it was quite tough for me initially because I had a fear that if I get taken down I’m gonna get a beating. However, somehow I managed to survive on the ground because in India the fighters usually aren’t top notch in terms of their MMA grappling. Though, that did help me to develop my ground game. Currently, I train at Evolution and they have some great grapplers, I also train with Mohit Vasudevan at his BJJ institute. Thus, I’m quite comfortable with grappling now.

SS: You have received recognition and praise from Cris Cyborg. How did you feel when a legend like her praised and saw talent in you?

Farhad: It felt unreal. It’s hard for me to describe in words. Whenever you start working, you have a vision of where you wanna be some years down the line. So, it was really good when Cyborg recognized my hard work and praised me. Even recently, Frankie Edgar, who’s one on my idols, liked a video on Instagram by Brave MMA in which I knock-out Irfan Khan. That was another amazing feeling for me. So, I feel that I’m quite close to achieving the goals that I had set for myself a while back.

SS: You have a record of 10-2. However, a lot of your critics argue that you’ve been protected, possess a padded record and haven’t really faced tough competition yet. What do you have to say about that?

Farhad: Somewhat it is true to an extent. I won’t deny it but it is partially true because when I started fighting there weren’t any amateur fights being organized back then. When I made my debut, other fighters too weren’t experienced enough and were of a similar level. I fought and I learnt. Now that I’m fighting in Brave, the quality of the opponents that I’ve faced has been improving. Badr-Eddin is a really tough guy and a great kickboxer. He kicked very hard, I can still feel it. Irfan Khan too was a tough opponent. He’s a veteran and is much more experienced than me but I managed to outshine him as well. So the level of my opponents has been gradually increasing.

SS: At that same Brave 5 fight card, there was another sensational fighter Gurdarshan ‘Gary’ Mangat who defeated your close friend and sparring partner, Abdul Muneer. The two of you have developed a nasty rivalry and a lot of trash talk has been going on. Share with us your side of the story?

Farhad: I respect all fighters but I do not respect him because even though he is of an Indian descent, he still degrades Indian fighters instead of supporting them. He is creating a very bad impact on the young Indian fighters as well. He is training at arguably the world’s best gym with some of the best fighters but he has such a bad attitude towards other Indian fighters, that is unacceptable to me.

As for him defeating Muneer, I would like to reveal that Muneer’s left knee’s ligament was badly damaged. Thus, Mangat got lucky against him. There entire rivalry started when a local Indian website that was quite nascent back then started a fan poll on ‘Who’s the best Indian MMA fighter?’.  Muneer was leading that poll, and then somehow Mangat’s votes started catching up soon. I don’t know Mangat probably hacked something and increased his votes. However, when the polls stopped Muneer was in the lead and he won the title of being the best Indian fighter. This aggravated Mangat. He really wanted to win that poll so that he could flaunt it in the west, probably get a sponsorship deal or free training in the gym because of the tag of being the best Indian fighter. That was his plan which was ruefully ruined.

SS: There seems to be a lot of bad blood between the two of you. Can we expect you guys to lock horns soon?

Farhad: Brave gives me fights, I accept them. If I get a chance to fight him, I will not back down. I’ll take that fight without any second thoughts. I never back down from fights. I will fight anyone. I respect Jose Aldo a lot, even if I’m asked to fight Aldo, I’ll fight him as well.

SS: Would you like to send a message to Gurdarshan Mangat?

Farhad: I’d like to say that if he fights me in the future then please do train hard but no matter how much he trains, I’ll train harder than him and prove that I’m better. If he fights me I’ll beat him so hard that I’ll show Doordarshan to Gurdarshan (chuckles).

Jokes apart, if he fights me then I’m certain that he won’t survive. He can use his wrestling skills but they won’t work against me. His boxing and striking skills are absolutely bullshit. BULL-F**KING-SHIT!

I’ll try to knock him out cold but hypothetically if the fight does go the distance then it’ll be a bad, painful and agonizing experience for him. There are a lot of fighters who fought me and they never competed in MMA again. So either way he will surely lose the bout.

SS: Finally, a message for your fans.

Farhad: I’d like to say that I’ll be back soon. I’d like to thank all my fans as well as my family for always believing in me. Your love motivates me a lot. So I thank all of them for their support.