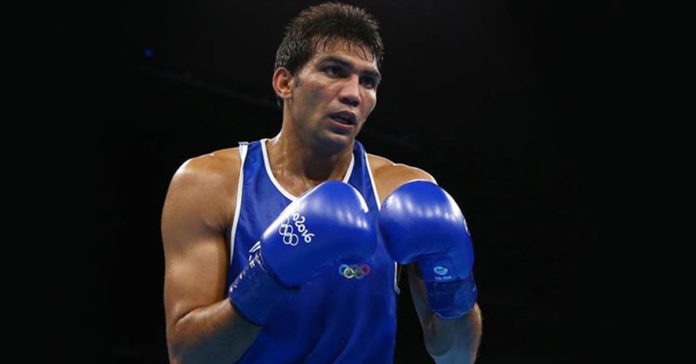 The Coronavirus pandemic has put the whole world into a lockdown. From rich to poor, from industrialists to farmers, no one has been spared by this outbreak.

All the major sporting events around the world have been cancelled in wake of the outbreak. Athletes have been forced to stay inside and it is no different for two-time Commonwealth Games medalist Manoj Kumar.

The 33-year old from Haryana has been spending time countryside and MMA India Show reached out to be him for an exclusive interview. Manoj Kumar talked about the ongoing pandemic and Indian boxing.

1.) How are you feeling in the midst of the outbreak? Have you been able to do any sort of training during the lockdown?

I am feeling good and staying indoors in my village. I am not doing any specific training just out in the balcony and getting light workouts done.

2.) Since the Tokyo Olympics have been suspended, do you think this will have any type of effect on the Indian boxers who have qualified for the Olympics?

It’s not like that, there’s boxing once a year and you can pick it up anytime. In Boxing, if you want to achieve something big, you train year-round for the same specific competition and at that time only your body will be ready for that competition. The main aim for the boxers was to qualify for the Olympics and now with the games delayed the boxers now have more time on their hands to prepare better.

3.) Last year you were suffering from a groin injury? How are you feeling now? When are you planning to return back to the ring?

Yes, I have fully recovered from the injury. I am targeting my return soon, I was in camp before the lockdown came into place. Last year I participated in the Big Bout League as well. I fought five times in BBL last year and won four of them. In that league, I defeated some very good boxer and one of them was from Uzbekistan which produces some of the best boxers in the world. I defeated a 19-year old former Youth Olympic Games winner, AIBA Youth World Champion, ASBC Asian Youth Champion, and current seniors national champion Abdumalik Khalakov. 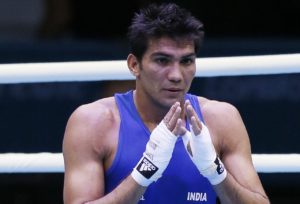 After that, I was continuously in training camp, but my name wasn’t sent to the trails and  BFI may have taken this decision because I came late after recovering from an injury.

4.) For the upcoming Tokyo Olympics, Manish Kaushik has qualified in the light welterweight category, this used to be your category for a long time now. How do you feel about him representing India?

This is nothing new, time change, people change….Yesterday I was better, this time he is better, tomorrow someone else will be better. Manish Kaushik is the best in that weight category and in India, there’s lot of competition in recent times. You can pick anyone from N0. 1 to No. 4 and they are all contenders.

Numerous factors have come into play here. Firstly, there wasn’t any federation from 2012 to 2016. So credit should be given to the federation as well. BFI’s executive director RK Sacheti has been very active in taking care of the boxers,  BFI secretary Jay Kowli is a member of AIBA in the jury, Kishan Narsee is also a member of AIBA jury. All these factors played an important part.

Also, 36 officials who took part in the Rio Olymp0ic games were suspended by the International Olympic Committee task force after allegations of corruption. So with AIBA being suspended, the IOC conducted the trails under their own wings. So the corrupt referees were out and as a result, Indian boxers benefitted heavily from IOC’s decision.

With no corrupt judges around, for the first-time two-Indian boxers won a medal at the World Championship (Amit Panghal and Manish Kaushik) and four of our boxers went into the quarter-finals.

6.) Which Indian boxer are you most confident about bringing a medal from Tokyo next year?

All the boxers that have qualified are very confident, they are all young and experienced. So I want to tell you that qualifying for the Olympics is very tough. Mary Kom was the wild card entrant in the 2012 London Olympics and after that, she didn’t qualify for the Rio Olympics. After that, she has been able to qualify only now. See is a multiple-time world champion and even she had a hard time qualifying for the Rio games.

So on the fight day, its all about luck and their hard work and it depends how his body responds to the training. So you cannot say it before as to which boxer will perform well, but yes we can say that the performance of Indian boxers has improved tremendously.

7.) After winning numerous medals for India at the international stage, why didn’t you turn professional? Do you have plans of doing so in the near future?

My coach Rajesh Kumar Rajound is my real brother and he was present with me at the Rio Olympic as well and was a part of the coaching staff. So when I was a kid, I used to imitate my brother. At 1996, Olympic games held in Atlanta, Leander Paes won a bronze medal in Tennis, so my brother showed that and told me that this is the Olympic and if I reached this stage, only then would he train me in Boxing.

So that was always on my mind. I wanted to win an Olympic medal for my country and that’s the reason I continued fighting in the amateurs. This was supposed to be my last Olympic games and because of my late return from injuries, the federation didn’t deem me fit to give me a trail and my aim to win a medal is over.

However, I am building an academy and I am confident that my students will make my dream come true. With that being said, I would definitely turn professional if a lucrative contract is provided to me.

Bryan Caraway: ‘Fight Island is like Disneyland for fighting!’