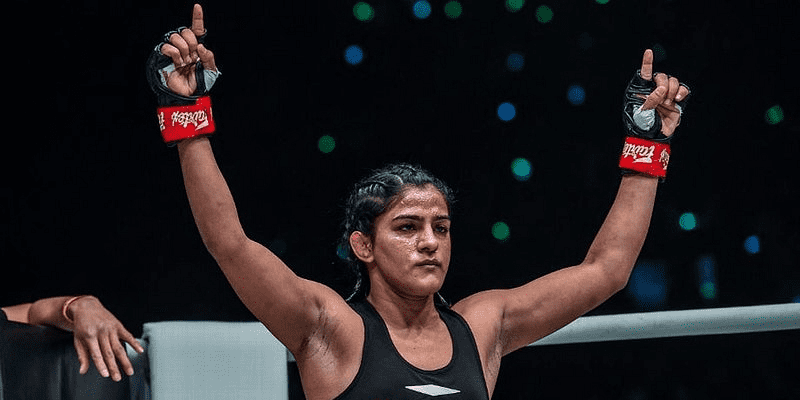 The sport of Mixed Martial Arts has been growing in India for quite some time now, Fighters from numerous parts of the country have fought in both international and local promotions. However, none of them have managed to capture an audience for themselves except Ritu Phogat. 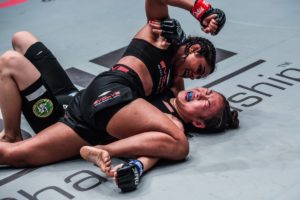 The former Commonwealth Wrestling Championship gold medalist is currently training under EVOLVE MMA in Singapore. Ritu hasn’t been able to train because of the ongoing Coronavirus pandemic that has forced the country to go under lockdown till June. The MMA star joined Parvin Dabas of the MMA India Show in a recent interview where she talked about her time under lockdown.

Singapore had initially controlled the outbreak and was hailed by many for its quick response. However, a second wave of the virus has resulted in 12,000 more cases with 12 deaths.

Ritu Phogat: I am ready to fight Stamp Fairtex

While it’s unclear as to when Phogat will fight next, she is already eyeing top fights in her division. Speaking to Parvin Dabas, she said that she wants to test herself against ONE atomweight Muay Thai champion Stamp Fairtex.

“She [Stamp Fairtex] competes in the atomweight division and she has been doing well. She is also a Muay Thai champion in the same weight class and I want to test myself against the best. I respect all my opponents and I am ready for whoever ONE championship matches me with,” Phogat said.

Stamp Fairtex is currently 4-0 in MMA, with three of her fights ending in a stoppage. Her Muay Thai pedigree is extremely elite, however, Phogat isn’t too worried about Stamp’s striking pedigree.

“My wrestling is elite and in the fight, I will use it and make sure that she fights to my strength,” Phogat continued.

“I have learned a lot from Miesha Tate”

Ritu Phogat revealed that she has previously trained with former UFC bantamweight champion Miesha Tate. She revealed that training under a UFC champion has helped her learn a lot.

“Miesha is currently pregnant, but prior to that she used to train with us and I have learned a lot from her,” Phogat said. “Like me, she also is from a wrestling background. She likes to shoot for a takedown a lot and her ground game was also equally good. That has helped me learn a lot,” Phogat concluded.