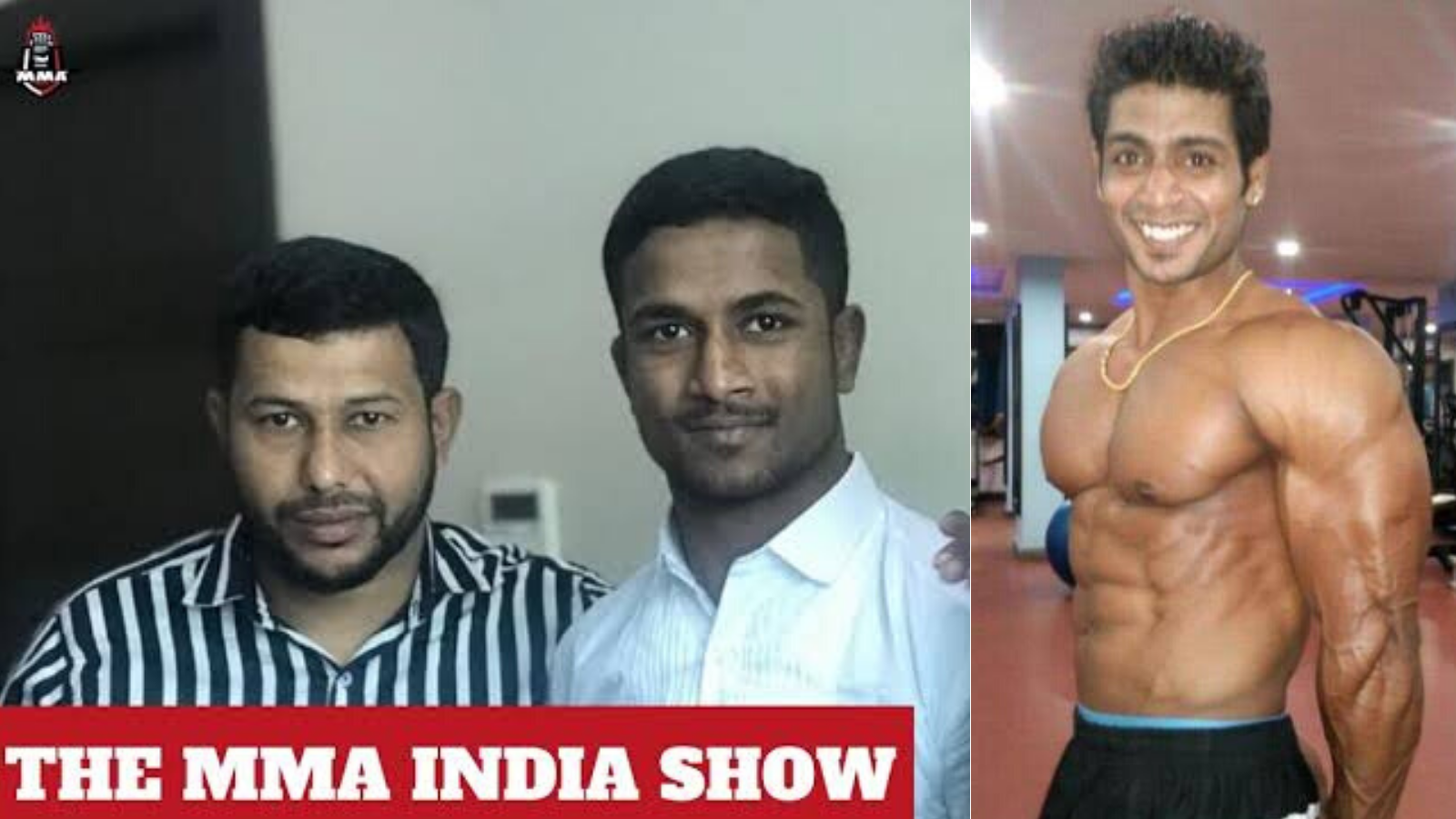 The sport of MMA is often regarded as the fastest growing sport in the world. It’s premier promotion the Ultimate Fighting Championship is a household name in plenty of countries. Due to the likes of huge MMA superstars such as Conor McGregor, Brock Lesnar, and Ronda Rousey, both MMA and UFC have gained massive popularity in India as well.

The end of the last decade saw plenty of homegrown Indian fighters rise up and even plenty of Indian MMA promotions and events grabbed headlines. Now another MMA tournament is all set to take the center stage, i.e. Naresh Surya Classic India Open MMA Championship 2020 Hyderabad.

Naresh Surya Classic India Open MMA Championship is an amateur MMA tournament being held in the Raj Mahal Function Hall, Hyderabad on the 25th and 26th of January. 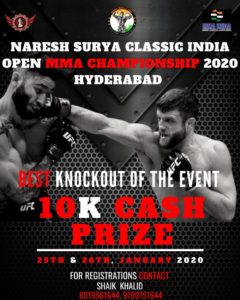 One of the tournament’s founders Mr. Shaik Khalid recently spoke to MMA India to shed some more light on to this upcoming tournament.

How and why did you come up with the idea for this tournament?

KHALID: India has seen a recent surge in the popularity of combat sports. A couple of years ago, I had met Mr. Naresh Surya, who is a famous bodybuilder and also the organizer for the event. The two of us had intended to do an MMA event for quite a while now and had been discussing it ever since we met. So it is majorly because of his efforts that we have been able to organize this event.

Which MMA body is sanctioning the tournament? Was it hard to get it sanctioned?

Is your star pupil Mahboob Khan also fighting in the tournament? Which other fighters can we look forward to watching?

KHALID: Mahboob Khan, the gold-medallist from last year’s World Championship will also compete in the tournament. Even apart from Mahboob, there are plenty of other fighters to look out for like Mohd. Bilal and many others as well who have competed internationally.

Do you plan to conduct more such tournaments in the future?

KHALID: We have big plans for 2020. We intend to do at least six more events if not ten more, in this year alone

NOTE: Views expressed are personal and MmaIndia.com in no way guarantees the veracity of statements or prize money.