MMA India Exclusive: Thanks to Arjan Singh bhullar, ‘The Pagdi’ reaches the Octagon on Vaisakhi 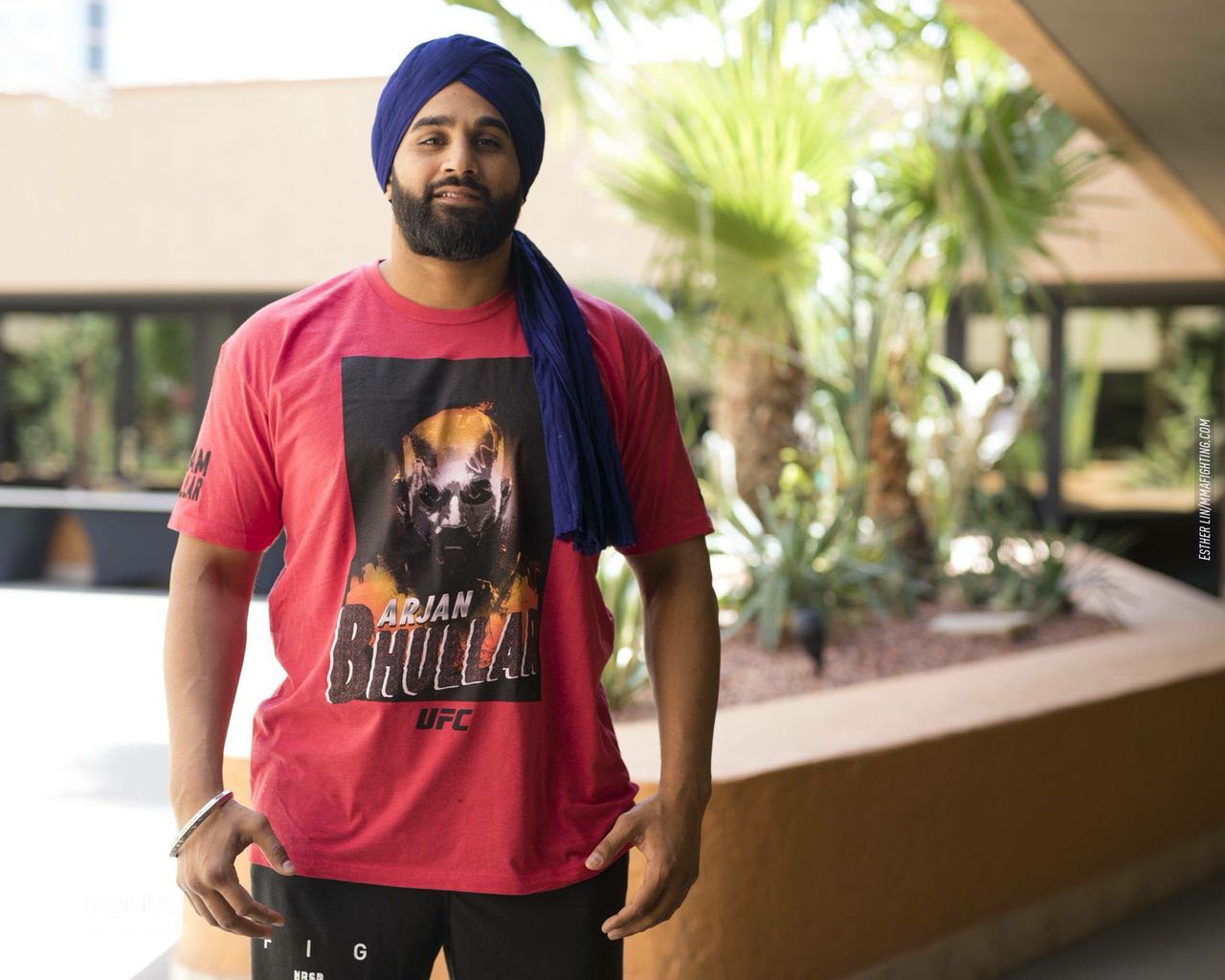 Arjan Singh Bhullar (7-0-0) fights Adam Wieczorek (9-1-0) at UFC Glendale this coming Saturday and was kind enough to do an exclusive interview with MMA India Show in which he opened up on a plethora of topics, including wearing a turban, or pagdi, out to his fight.

In a move that would gladden the hearts of all Indian MMA fans, Bhullar spoke about how both Reebok – which is the official apparel sponsor for the UFC – and the UFC themselves are totally on board with his request of representing his tradition and culture by wearing the Pagdi out to his fight.

Quizzed about it further, Bhullar had this to say.

‘For me, you got to do more. If you want to get in there, get into a fist fight and leave, there’s no purpose behind that. And it would be selfish on my end.

Many people sacrificed for me to be where I am, from our community (Sikhs), the pioneers that have given themselves to give me a chance to be where I’m at. So I have to honour that. It would be selfish for me to go in there, did what I needed to do and just left.

So I just wanted to use this platform [to represent my culture by wearing the Pagdi].

And it’s important for all Indians, Sikhs or other Indians, for people to understand us. We look different to these people [Westerners] and in America 99% of the people wearing the Pagdi are Sikhs but they’re confused for Muslims.

Especially after 9/11, there’s been a lot of racist attacks. Many people have died. The first hate crime in America after 9/11 was right here in Phoenix [where UFC Glendale is about to happen].

So that just tells you. There is work to be done. And I’m happy to use my platform to do that.

And what’s more, Bhullar enters the Octagon on Saturday April 14th which also happens to be a day which the Sikh festival of Vaisakhi falls on.

Quizzed if that was something he planned out with UFC, the undefeated heavyweight had a rather surprising answer.

It’s life man. Somethings things happen, door is open and you get to walk through when these opportunities present themselves.

For me, I was trying to get on the March 3rd London, England card. I competed there in the Olympics, there is a big community out there for me [Sikhs] but we weren’t able to make that happen.

So the UFC came back to me and said there’s a card on April 14th, what do you think?

And I’m like forget what I think, that’s cool! So it was one of those things.

You can watch the entire interview here:

MMA: Paige VanZant opens up about being gang raped when she was 14, talks attempting suicide