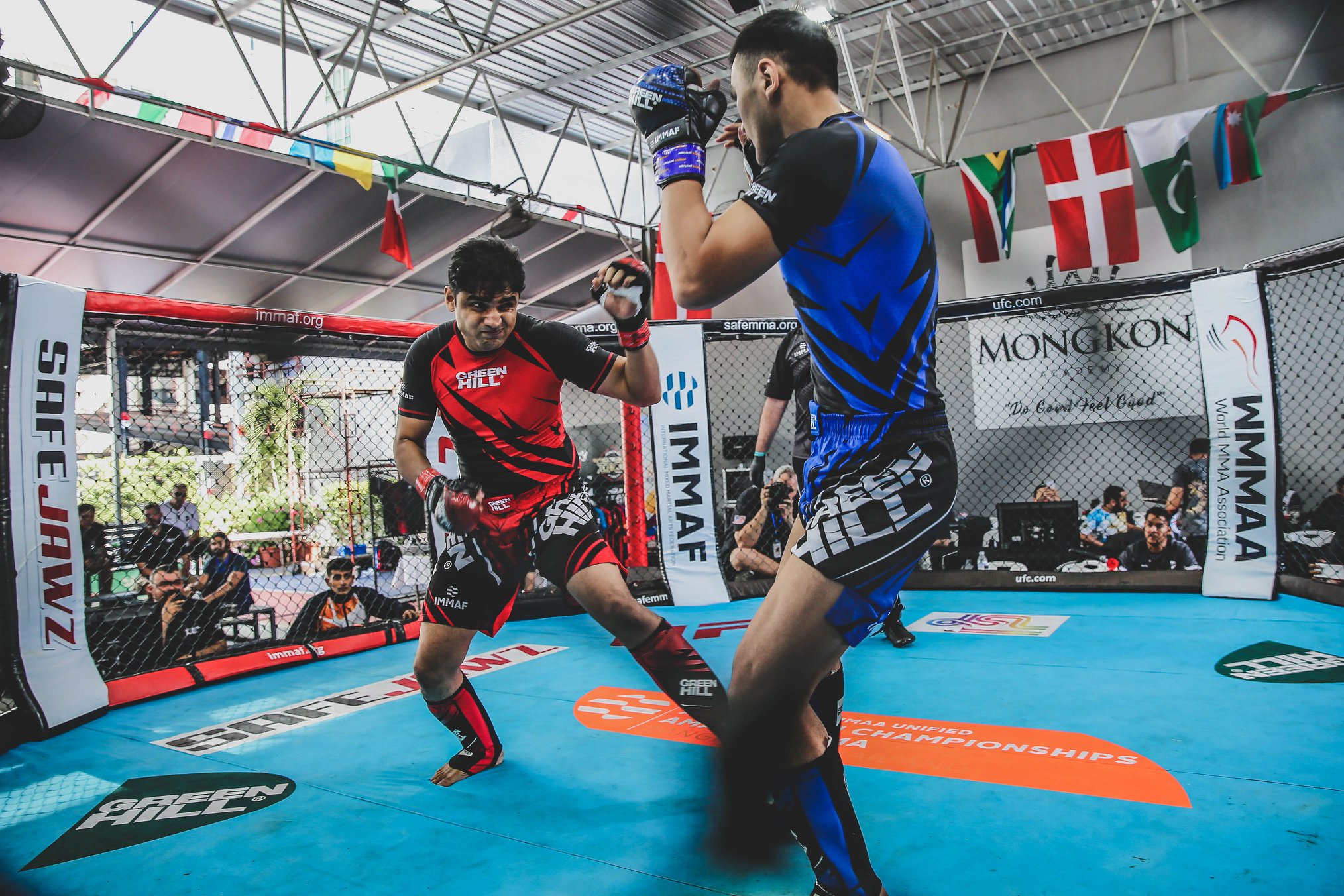 Former UFC welterweight and middleweight champion Georges St-Pierre has given his thoughts on the recent ongoing GOAT conversation in the UFC. The recent tweetstorm by...
Read more
Articles

Sports streaming giant DAZN has finally made its global ambitions public. Fans from 200 countries will now be able to use its services. DAZN will...
Read more
Articles

Ritu Phogat will have a lot on the line when she steps into the Circle against Nou Srey Pov at ONE: INSIDE THE MATRIX this Friday...
Read more

Vaibhav Shetty was the sole  Indian to fight at the IMMAF Oceania championship which took place in Gold Coast, Australia. He won a Bronze medal in the amateur MMA championship.

Vaibhav lost to Hakaraia Wilson of New Zealand via armbar in the semi-finals. Vaibhav was competing in the middleweight division.

The MMA India Show reached out to Vaibhav Shetty where he gave further details regarding the amazing IMMAF tournament and his future plans.

1.) You were India’s sole competitor at the 2020 IMMAF Oceania championship, did it put an extra pressure on you to perform well considering you were our sole medal hopeful?

There was a little pressure since this was my third outing. I did want to do well considering India did not win any medal at all in 2019. There was a bit of a concern that I did not have a coach or corner along and not were any Indian officials at the event. But once I landed, things sorted itself out. I found team Ireland’s coach Liam, Former world champion and now Oceania heavyweight champion Ryan Spillane and French champion Adil who formed a “pseudo” team for the event where we trained together and cornered each other.

2.) You won a medal in the middleweight category. When you saw the competition around in the division, what were your thoughts then? Did you look at the fighters around your weight class and think about your chances against them?

It was a very different field from what I have seen before. It looked to be a stacked division. The fact that last year’s junior world championship silver medallist in the light-heavy category didn’t even medal shows that it was tough. A good mix of grapplers and strikers. I knew it was going to be a tough outing.

3.) You lost in the semi-final bout, what went wrong in that fight and if you could have done something different in the fight, what would it have been?

I needed to stay on my feet and feel him out. It was something the opponent did right then what I did wrong. He timed an accurate counter straight at my eyeball while I threw a low kick. It went to the ground where his skills as a purple belt in BJJ really shine through. He transitioned three submissions in rapid succession when I finally succumbed to a version of the armbar. If I could stay on my feet for the first round, I believe I could have goaded him into making an error. But it is what it is. we live we learn. 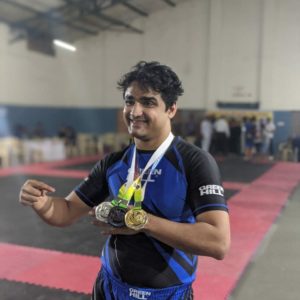 4.) Were you familiar with any fighters in your weight class? Did you compete with any one of them before?

I’ve only seen Loni before in the world championship. Everyone else was new. I could barely find any bouts of theirs in YouTube so had to go in blind in terms of opponent strategy. In light of this, I’m actually contemplating not sharing any fight clips for the time being. I seem to be giving up a lot of info as opposed to gaining any on my opponents. 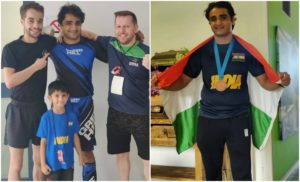 5.) What are your plans going ahead?

I would hope to prepare for the world championships if given the opportunity. However, I’m also part of the Federation in Karnataka and would be working towards the development of the game for the athletes. There are also some plans with the World Boxing Foundation that I will reveal in a bit.

6.) Do you want to turn professional or have ever thought about going pro before?

Very honestly, I’ve been blessed with the career I’ve had till now. However, at 34 and a full-time career, I’m a little uncertain on the window I have to make a mark as an amateur for India as well as turning pro. The thought had crossed my mind and I may take a call by the end of this year. There is a good chance I’ll turn pro in Boxing or BJJ before I transition to pro MMA unless the payday makes it worth the effort. To be honest, the pay rates that I see around these days are not enough to trade away the glory of representing the country.

Indian MMA community give predictions for UFC 248: Adesanya vs Romero and Zhang vs Jedrzejczyk

The President of the United States Donald Trump made a remark on what Joe Biden would be as a UFC fighter. With only a few...
Read more
Articles

Even with all the buzz that it brought, last weekend’s UFC 254 card only generated 675k pay-per-view buys according to Sports Business Journal. It...
Read more
Articles

Former UFC welterweight and middleweight champion Georges St-Pierre has given his thoughts on the recent ongoing GOAT conversation in the UFC. The recent tweetstorm by...
Read more
- Advertisement -