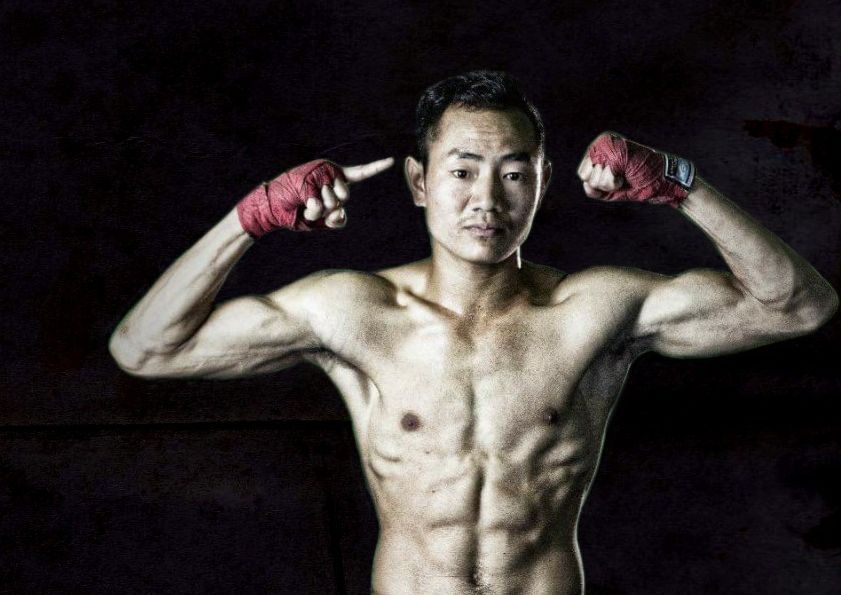 Mixed Martial Arts is rapidly growing in India and more and more people are getting to know about the sport. Initially, the fans were hooked to the Ultimate Fighting Championship as their only source of MMA entertainment in India.

But as the sport became more and more popular, local MMA promotions popped out throughout the country. The popularity of MMA is especially visible in small towns where the sport has seen rapid growth.

The North-Eastern region of India, in general, has seen a rapid rise in the growth of MMA. It’s no surprise, the region even though far off from the National capital has a history of producing great warriors. States like Assam, Manipur, Nagaland, Mizoram were already producing quality boxers. Names like MC Mary Kom, Shiva Thapa, Suronjoy Singh, Dingko Singh, N.T. Lalbiakkima etc need no introduction.

Manipur has more edge over the other sister states when it comes to producing Boxers. While Manipur still produces high-quality boxers, the youth are also taking their chances in MMA, a sport that hasn’t developed fully in India.

MMA India Show reached out to Laishram Bidyachandra aka Yaima. The 23-year old hails from Imphal and has been a life long practitioner of Martial Arts and for the past few years has successfully transitioned into MMA. He has compiled a record of 4-0 in MMA.

Yaima started Martial arts when he was only six-years-old and was introduced to Muay Thai by his coach, who he calls ‘Sir Thoiba’. Rupendra Sharma, a local businessman from Imphal and an MMA enthusiast helped us in translating Yaima’s thoughts to us from his native tongue.

I started MMA in 2017 and was introduced to the sport by my Muay Thai coach Sir Thoiba. He brought me to a club called KMMAC, where ultimately my MMA career started. However, I started my Martial Arts career in 2006 when I was only six-years-old in Muay Thai.

2.) You’re only 23 years old and have compiled a 4-0 record, tell me something about your previous fights? Which was the toughest fight of your career to date?

I started my MMA career in 2017 and in my first fight I fought in Manipur Fight League. In this event, I won via first-round submission. With that being said, this was not my toughest fight in the sense that I was fighting a tough guy inside the cage. It was tough from the fact that I was called in to fight at 61 kg category (135lbs/Bantamweight), but within two days I was told to cut to 57 kg (125lbs/Flyweight).

It was a hard weight cut, but I managed to win the fight via unanimous decision.

After I come back from training, I start tutoring kids. I also own a farm where I raise Chicken, Ducks, and Pigs, that’s like a side hustle for me. I do this to support my family and take care of my dietary needs for myself as I don’t come from a family with a good financial background. Sometimes it’s hard for me to go to training and even afford the diet to continue training. 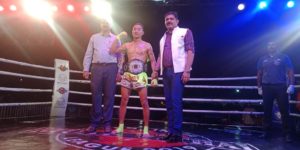 4.) Does your family support you in your aspirations to continue your career in Mixed Martial Arts?

Initially, I didn’t get to have full support from my family. But after they saw the dedication I have for MMA, my family members fully support me to that point that they have said that they will support me even if I am injured.

5.) You have an extensive background in Muay Thai as well, do you go back and forth between both the sports? Have you competed professionally in Muay Thai?

I want to continue my career in both Muay Thai and MMA. However, I would go to whichever sport provides me with bigger opportunities.

In ONE Championship the athletes can switch back and forth between MMA and Muay Thai, I would definitely prefer an organization like that. It’s all about availability for me. I would pick the sport that provides me with between opportunity. With that being said, I have no problem in continuing to fight either sport.

6.) Tell me something about your fight camp? How long do you prepare for a fight camp? Who do you train under?

I am currently training in ‘Perfect Gym’ for Muay Thai under Sir Thoiba. For MMA, I am training under Mr. Frank at KMMAC and I would like to say that the training I have received in the gym has been very satisfactory and I am confident that I can beat anyone.

However, If I would definitely like to take the opportunity to fight in a gym that can help further my skills. Also, Rupendra Sharma has helped me a lot in MMA regarding fight strategy and guided me on how should I carry myself inside and outside the cage and become a better person.

As a matter of fact, I was also scheduled to travel to Thailand for advanced training and I had arranged the money as well, However, that has been postponed because of the onslaught of Coronavirus. 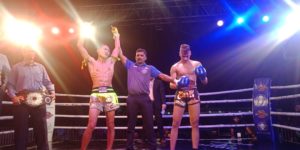 7.) How has the Coronavirus affected your training? Are you able to train?

All the gyms and fitness centers are closed in Manipur because of Coronavirus. But I am keeping myself fit by regularly jogging and stretching early in the morning. In the evenings, I continue with the second training session of my day by hitting pads and sparring my friends.

8.) You have mainly fought under local MMA organizations in Manipur, do you want to fight in other big MMA promotions in India like Matrix Fight night?

Yes, of course, I would like to expand my horizon and fight in the bigger promotions. Like you mentioned Matrix Fight Night, I would definitely like to be on their cards.

However, I think my chances of fighting in these promotions are less because I don’t have a proper link to reach there. I am fully confident that if I get the opportunity to fight at that stage, I would put on an exciting fight and also beat whoever they put in front of me.

One of the top MMA fighters to come out from Manipur is Roshan Mainam. He signed with ONE Championship last year and successfully made his promotional debut by defeated Khon Sichan of Cambodia in the first round at ONE Championship: Masters of Fate.

We asked Yaima about Roshan and he had an interesting tale to share with us.

9.) Roshan Maiman is also a local Manipuri fighter who grew up in similar conditions like yourself, what do you make of him? Have you ever met him?

I know Roshan Mainam and have met him as well earlier this year when he came for vacation. He came to our club at KMMAC and we both trained together.

We both started grappling and it is important to note that Roshan comes from a Wrestling background and has the access to the best MMA gym in Singapore. During our grappling session, Roshan came on top, however, it wasn’t easy for him to maintain that position. I believe that I can beat Roshan Mainam in an MMA fight.

Even if Roshan is on another level, I am tremendous self-belief, and one day, I aspire to reach his level and even fight in the UFC.

10.) Is there a particular MMA fighter that you look up to and try to emulate their fighting style inside the cage?

I would say, in Muay Thai, Buakaw Banchamek is my favorite fighter. In MMA, I like Tony Ferguson very much because of his unconventional fighting style. He throws so many weird strikes that come from weird angles. So I look up to him and try to evaluate his fighting style.

MMA India Exclusive with Vishal Seigell: ‘Of all the fighters I have trained, Roshan Mainam has accomplished the most!’