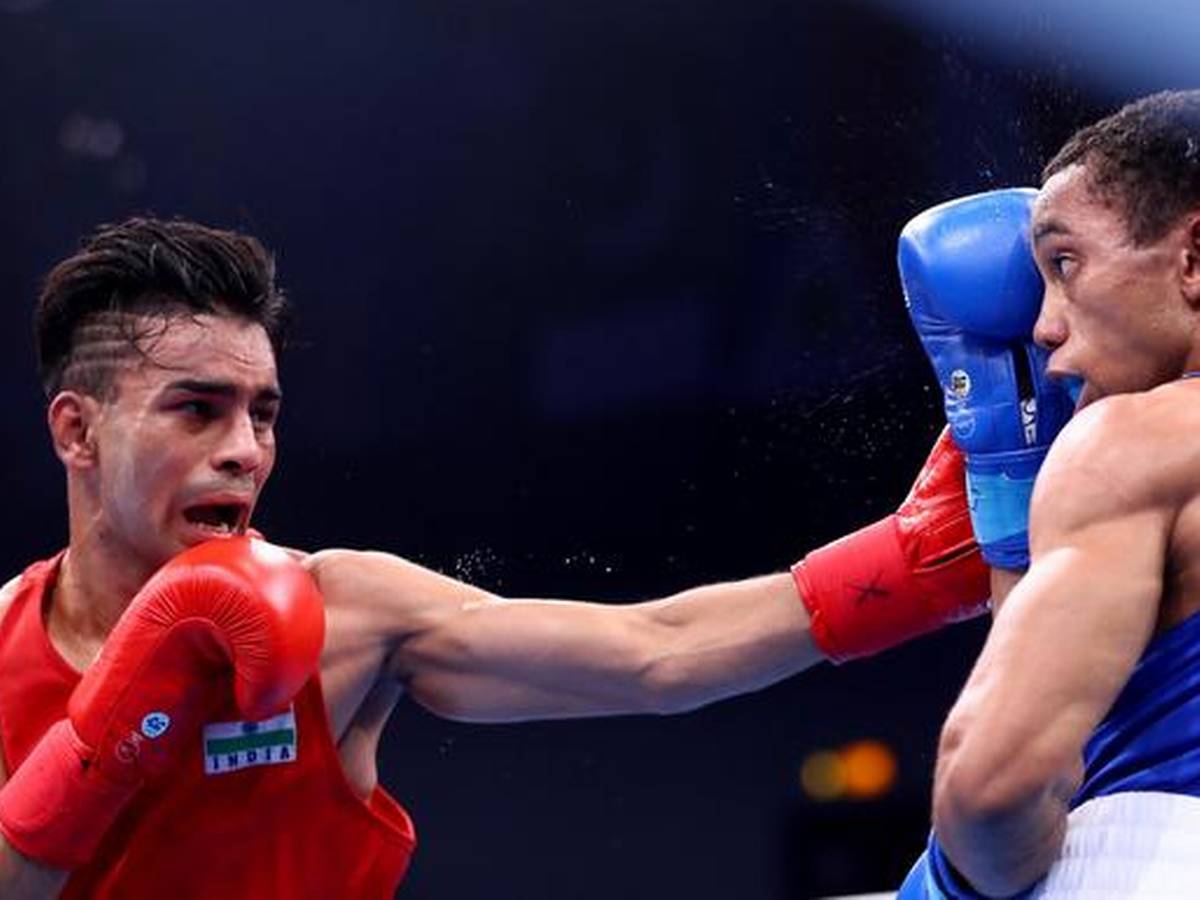 The Coronavirus pandemic has put the entire world to a standstill. Sporting events around the world have been cancelled and as a result, athletes have had to spend their time in lockdown.

2017 World Championship Bronze medalist Gaurav Bidhuri is no different. He is strictly following lockdown and also helping out the needy in the neighborhood.

As a world championship medalist, his life is extremely busy and he is always traveling for either training or fighting. With the currently imposed lockdown, Gaurav has been able to spend quality time with his family.

The MMA India Show had the opportunity to catch up with Gaurav Bidhuri and ask him questions about his future.

1.) How are you spending time under lockdown?

Usually, boxers don’t get to spend much time with their family because of the intense year-round training, competitions, etc. But with the current lockdown, I am able to spend a good time with my family. Since we cannot go out, I am helping my mother with small chores and cooking new dishes and enjoying time with my family.

I am also trying to help the needy in my neighborhood with money and providing them hot meals. I have also picked up a new hobby of cutting hair. Usually, I used to cut my own hair but now I am cutting the hairs of my father and cousin.

2.) How is training going, are you able to train?

Right now the situation is very crucial and we can’t go out right now. Ever since the lockdown, I haven’t stepped foot outside the house, our prime minister has also urged us to properly follow the lockdown and making this lockdown successful will be helpful for us only. As long as we don’t stay inside the chain won’t be broken.

I have been very active on social media and spreading awareness amongst friends so that they understand the importance of this lockdown. The usual training schedule isn’t accessible because I haven’t been getting proper space for training. So, currently, I am focusing on my fitness. 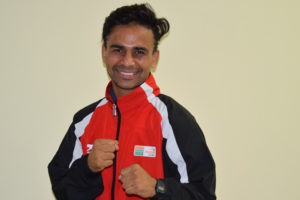 When Gaurav Bidhuri won the Bronze medal in the bantamweight division at the AIBA World Boxing Championships in Hamburg, Germany back in 2017, he felt like he was unstoppable and rightfully so, he was only the fourth Indian boxer to ever win a medal at the world championships. However, since then his career took a slight hit after he alleged that he was unfairly kept out of the national trials for the Olympic qualifiers by the federation.

Gaurav Solanki made the cut to represent India at the Olympic Qualifiers held in Amman, Jordan last month. However, Gaurav Solanki failed to qualify from his category. So now a second qualifier will be held this year for the boxers in the 57kg category. This time around, Gaurav Bidhuri is confident that his name will be listed for the national trails.

3.) Last we talked was back in December, you had a lot to say about the federation, the system, and all of that. How are you dealing with it right now?

When my name was left out of the national trails, I knew that nothing would happen even after lots of appeals. At that time, my only aim was to spread the message about my absence from the national stage.

I was at the camp in Patiala when the lockdown was imposed and we were training for the second Olympic qualifiers. When the pandemic hit India we were quarantined in the facility itself, but were sent home after situation worsened.

Ever since they left me out of the national trails my performance has improved and since the federation hasn’t released the sheet for the trails, but this time around I am hoping that I get a chance to compete.

Yes, right now the boxers are being provided with better facilities. We are getting chances to compete in maximum numbers of competition and as a result, the confidence level of boxers increasing with each passing competition.

Our coaching staff has also gotten a lot better than before. But I would give credit to our boxers, they are improving and are at par with boxers from other countries.

6.) Right now only Kazakhstan has been able to match the amount the boxer that India is sending to the Olympics? Do you think major boxing powerhouses like Cuba and America will be able to match that?

I don’t think so, because in India both men and women boxers are extremely good. Usually in other countries, its either the men’s team which is better or the women’s team which performs well. But the Indian contingent, both sides are equally very good.

7.) Amongst all the boxers qualified for the Olympics from India, who do you think has the highest possibility of bagging a medal?

Amongst men, I would say Amit Phagal, Manish Kaushik and Vikas Krishan. In the women’s boxing, I believe Mary Kom has the highest possibility of securing a medal for India.

8.) Last time we talked you said that you wanted to turn professional. Is that still on your mind?

Of course, I am interested in turning professional. I want a good promoter who can promote me better, because the way I have performed at the amateurs there’s no point in fighting unranked opponents and padding my record. This will only harm my image and I won’t be gaining any experience.

If a promoter like Bob Arum signs me that it would definitely be very good for me. There’s no point in fighting low-ranked opponents given my amateur pedigree. Look at Vasyl Lomachenko, he was able to get the opportunity to fight for the title in just his second fight and in the amateurs, I have fought some very good opponents and my fighting style is more suited towards professional boxing.

9.) If you do turn professional, which champion around your weight class would you like to fight? Which is your dream fight?

I would like to fight Shakur Stevenson or Vasyl Lomachenko as they are around my weight category and are the best boxers in around that weight class.