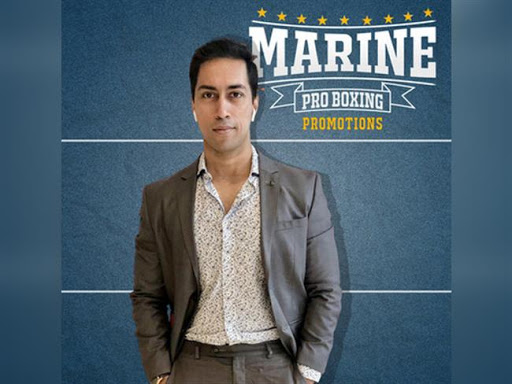 The deal will help in showcasing live boxing events from Marine Pro Boxing promotions on the MMA India Show Facebook page. Boxing, as an amateur sport is huge in India and over the years the country has produced some of the best boxers in the world. While the amateur boxing circuit is thriving, the same can’t be said for professional boxing.

To bridge this gap, Devraj Das founded Marine Pro Boxing Promotion with the sole intention of bringing attention to professional boxing in India and help host events across the country. 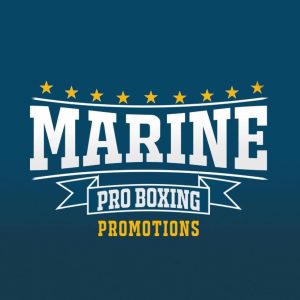 Since its formation in 2019, Marine Pro Boxing Promotions has already hosted 10 fight nights across India & on foreign soil. Marine Pro Boxing Promotions is a combat sports promotions company established to raise the bar for professional boxing in India from managing athletes, signing boxers & promoting sporting events on a grand scale. Until now over 130 bouts & 70 Indian Boxers have fought under the company’s banner.

The MMA India Show’s Jay Rock had the opportunity to catch up with Devraj Das to discuss the details of the streaming deal and also the future plans for the promotion.

1.) Tell our readers something about Marine Pro Boxing promotion?

We started as a boxing promotion and management company. So the thing is we have a lot of athletes in India right now who don’t get that type of quality and standard platform to portray their fights, where you actually can share your videos to your people and show it other promoters and managers across the world.

There were a couple of pro boxing events held in India, but those happened a couple of years ago and were done once in a blue moon and for the whole year, nothing happens. So I wanted to take advantage of the whole situation and organise events during that window to give pro boxing better visibility in India.

I have been associated with combat sports for a long time and have travelled to a couple of far east Asian countries where I had an interest in other different types of martial arts like Silat, Muay Thai etc. I have also done a lot of voluntary work in ONE Championship events in Singapore just to understand how the whole promotion thing works.

I have also met numerous other promoters from Thailand in 2017 and I was trying to find out what’s the problem in India. So I thought, let me see what I could do within my capacity and calibre to promote pro boxing in India.

3.) How do you approach boxers to fight under your promotion? Do you also look for guys from the National camp?

The first boxer I met was Vimal Punera. He hails from Uttrakhand and I met him in Mumbai via mutual friends and he was already into amateur boxing, but he always had the love for pro boxing and he told me that he could introduce me to a lot of amateur boxers who wanted to turn pro and who already are a pro. So that’s when I met Siddharth Verma, who is also a national IBC champion and he is also the only Indian boxer to fight on the undercard of Manny Pacquiao through us in 2018.

Siddarth Verma fought Malaysia’s Theena Thayalan on 15th July 2018 on the undercard of Manny Pacquiao vs Lucas Matthysse. The fight ended in a draw.

We were able to put Siddharth Verma on that card and that’s how we started coordinating with the boxers. As far as picking boxers from the national amateur boxing squad is concerned, a lot of boxers from the national squad are least interested in turning pro because they think that professional boxing has no scope in India and that’s where I want to come in and change of perception of the boxers.

Post pandemic Marine Pro Boxing is making its comeback with its Warrior Boxing Series which is scheduled for Delhi & Mumbai in December as a closed-door event. The event structure for 2021 has already been planned with 6 Grand events in India & 2 events across Asia which will give global exposure to hundreds of Indian boxers who wish to make their career in pro boxing. A Pro Boxing Championship season will be announced in January 2021 which aims to take this brand from India to the Middle East.

The Warriors Boxing series is a two-part series with the first event taking place on December 20. The first part will be the qualifying round and finals will be hosted on February 2021 in a different venue. Whoever goes to the finals within their weight category will be rewarded with purse money of ₹1 Lakh. There will be 12 or 13 bouts and every bout will be of four-rounds except for the main event which will be six-rounds.

5.) Tell our readers about your recent deal with the MMA India Show?

The MMA India Show is a massive platform for combat sports lovers and I have been following it for almost seven to eight months. A lot of friends actually told me about MMA India and I also follow MMA, be it UFC, Bellator or PFL and I love all these combat sports brands who are doing some actually wonderful stuff and you guys get it covered.

We will be streaming the event live on @mmaindiashow Facebook page!

So I think this is the best way we could actually reach out to more other potential people, who are also interested in pursuing MMA and boxing as a career.

Previous articleAlistair Overeem vs Alexander Volkov set for UFC event on Feb. 6
Next articleDiego Sanchez on UFO sighting: ‘It was watching me’