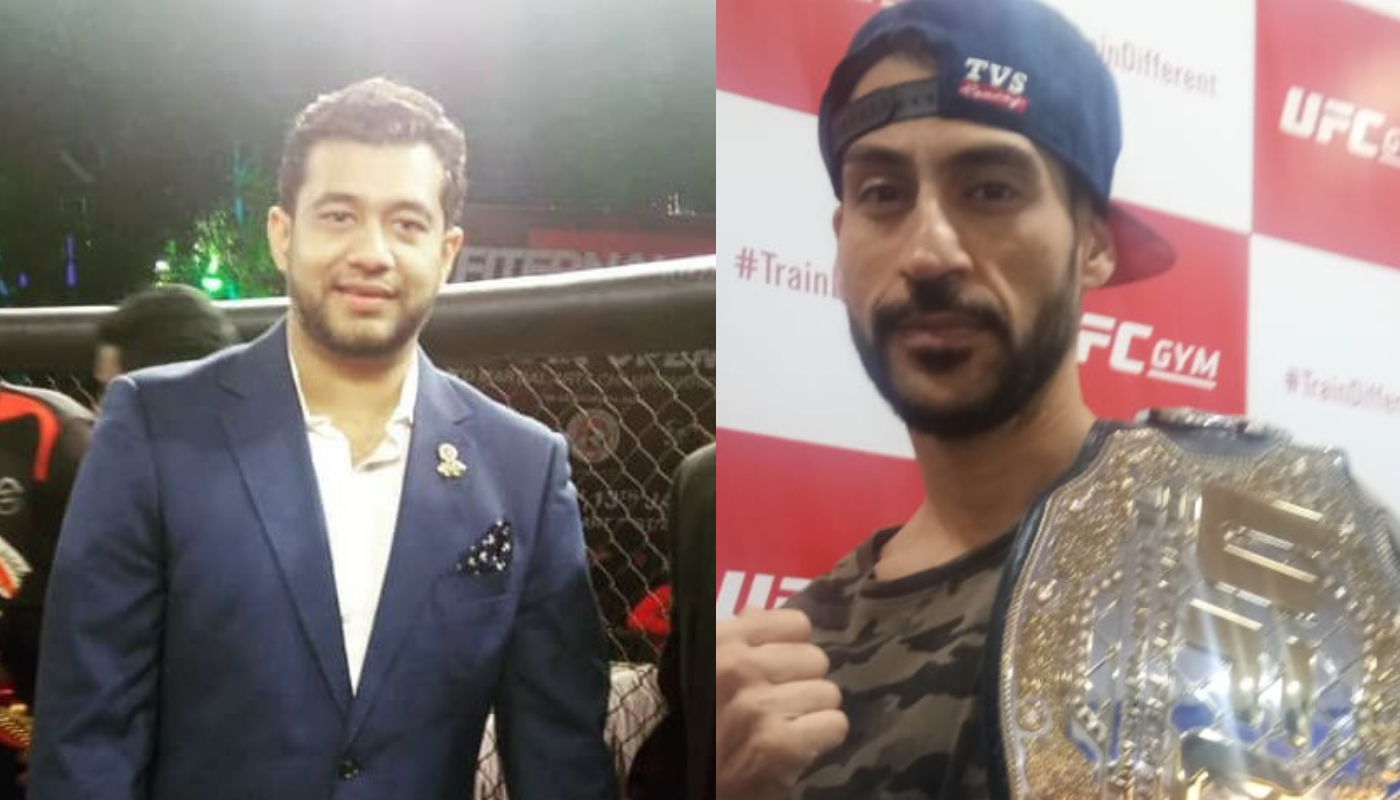 One of the issues that have been prominent in the MMA scene in India of late is the verbal battle of contradictions that have arisen between Super Fight League officials and Jason Ramesh Solomon.

Jason has been extremely vocal about the problems he has faced while working with SFL, be they financial or otherwise. With a clear lack of communication existing, Avi Mittal took the stage on the MMA India Show recently to clear the air.

Once there, he made it clear that his priority was in clearing up any ‘miscommunication’ that existed with the SFL fighters, including Jason. He addressed the issues that had been brought up by Jason, saying that he would never hold him back on either Matrix or SFL because of comments made. He urged Jason to approach him on a professional setting and avoid ‘trash talk’. He said that Jason was free to go and fight for ONE FC or Brave, and he would not be stopping him.

However, he posed the question before Jason, that he felt there would be no problem if the promotions bought out Jason’s contract, like a transfer charge.

He mentioned that Jason was wearing the merchandise of SFL, stood next to people who had a significant role in AIMMA and then trash-talking the companies on other platforms.

Avi Mittal went on to clear up the budget issues and the vendors who had remained unpaid. He said that once Sponsors had committed money, based on that money the season was planned. So, when those sponsors/franchises defaulted on their payment, SFL, in turn, had a lack of finance. According to him, Bill Dosanjh went on to pay most of the vendors out of his own pocket, but there were one or two vendors who might have been overlooked.

Regarding the allegations that had come up, about payments being made to celebrities, Avi Mittal reiterated that no celebrities were paid at all. On top of that, he made sure to let it be known that the only financial interest the celebrities had were ‘sweat equities’ and not large pay-offs as originally suggested.

He also assured that there was no interest in SFL to hold back people, and adjustments would be made if fighters came forward with offers from other promotion.

Such a volatile topic attracted the attention of Jason Solomon, and other fighters, who left comments below the video and had a conversation on social media with Avi Mittal.

During the interview, Avi Mittal also metioned that the amount of money that SFL was taking from the fighters was not that much, which got a reaction from Jason.

The conversation continued, with the controversy of the contracts coming up. 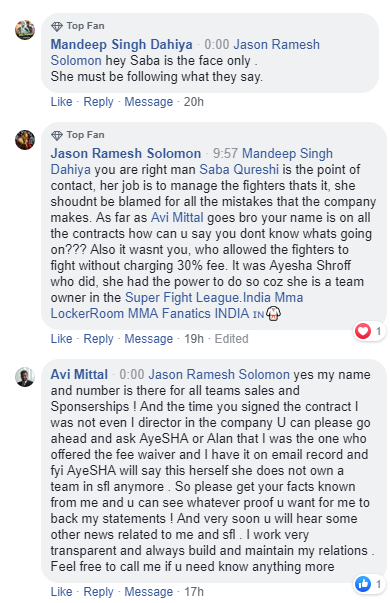 One of the issues that arose as well, was the responsibility of Saba Qureshi, with whom fighters are not too happy. A lack of fights for the fighters has created an atmosphere of discontent. 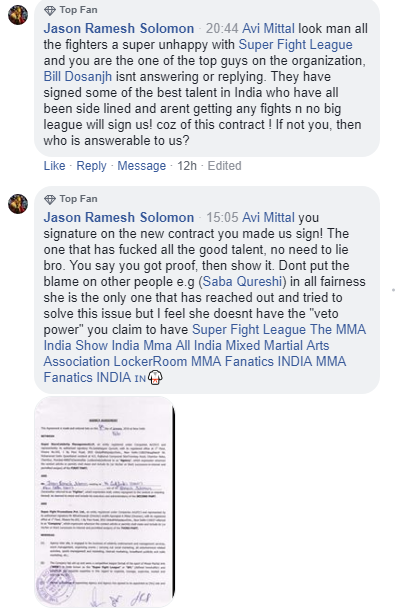 Jason said later, that Saba Qureshi was not to blame as she had attempted to solve the issues. 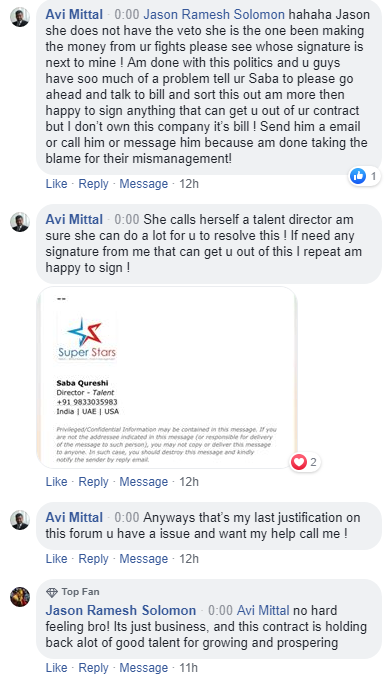 Avi Mittal refused to accept that he was the one to blame for the issues, as he was not getting a single bit of money from the fighters’ fights. He said that Bill Dosanjh owned the company, and Saba was the one who was signing alongside Avi Mittal.

He also accepted that he would sign anything that would get them out of the contract. 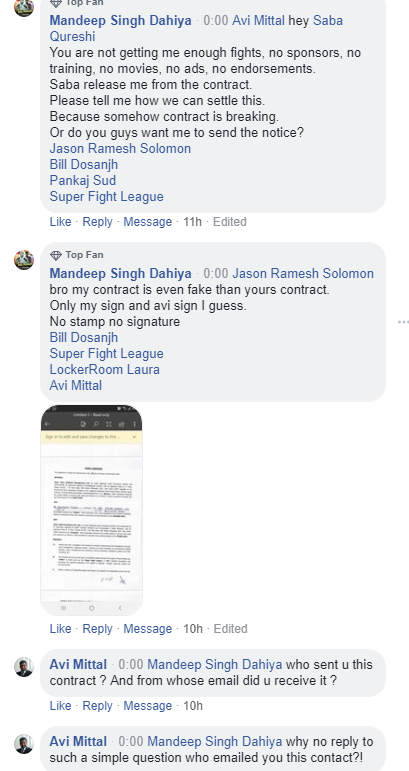 Avi Mittal also announced that there were talks happening for a Matrix Fight League 2, and later on, he also said that an announcement was coming about amateur fight nights all around the country to be started soon.

He explained that the reason Season 3 of SFL had not already been announced, was because of the fact that owner Bill Dosanjh wanted there to be a standard to the season, and not to clash with IPL and the Indian Lok Sabha.

The conflicts may still remain, but it appears that Avi Mittal is open to sit and resolve them as far as is possible for him. Hopefully, both parties can reach a mutually beneficial point.