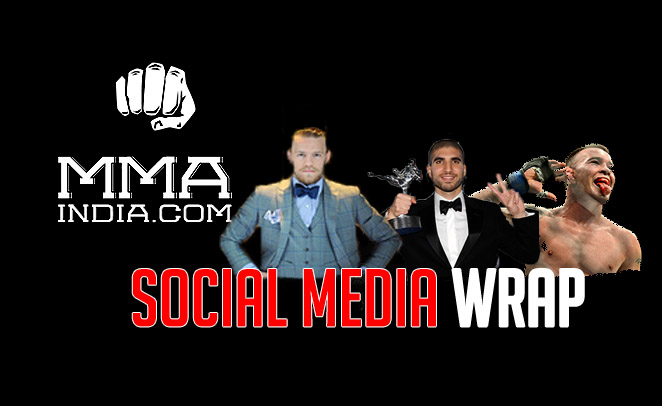 Welcome to the exciting and equally mundane world of MMA Social Media.

It has been a quite a week for MMA, with Amanda Nunes defending her title for the third time, Ariel Helwani getting a new job- to random scuffles online. Here is the pick of the bunch, from the last couple of days 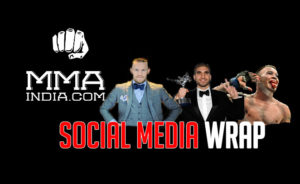 Zabit Magomedsharipov might be the most avoided man in the featherweight division, but one guy in the division is not fazed by the hype.

Women’s Bantamweight Champion, Amanda Nunes might have beaten the brakes off Raquel Pennington, but that didn’t stop them partying out together after the brutal war. Nunes posted a picture of Pennington, Tecia Torres(Pennington’s GF), Nina Ansaroff (Nunes’ girlfriend) and herself out partying. They are incidentally the first and only openly Lesbian couples in the UFC.

Jon Jones might just have too much time on his hand. Jones was again seen calling out ‘old man’ Chuck Liddell to a back-doors fight.

i’m done with all this Internet bullshit for the time being, if you have something else to say to me I’ve already invited you down to Albuquerque. Take care old man Ladelle pic.twitter.com/vf1bhXqTdK

Latest in a series of vague posts by Conor Mcgregor – was him posting a picture on Instagram, claiming he has no bosses.

Dana White and WME-IMG, might have something to say about that.

Alistair Overeem turned 38 yesterday, but he didn’t take the day off from training. He showed us some dutch party moves as well.

Yes we work on my birthday. Great surprise and they made it a bit special today. Thanks guys! Love my team pic.twitter.com/U34TTuJ0a0

A host of fighters wished ‘The Reem’ on his big day, but Ragin’ Al Iaquinta still found time to pitch a sale.

Happy Birthday @Alistairovereem. Go get yourself some investment property, you deserve it 👊🏠💰🗽

UFC Bantamweight prospect, Aljamain ‘Funk Master’ Sterling is looking for a fight with newly re-signed John Dodson and took to twitter to build up steam.

Dodson is a tough fighter to prepare for…
I’d gladly still like to try and squash the Goomba! 😈
I think the match up definitely makes sense NOW https://t.co/N5BHPeW0xt

Teammate at Serra-Longo gym, Ragin’ Al replying to the Funk Master – doesn’t think the fight would be sanctioned.

Don’t get too excited, the new unified commission rules may come into play pic.twitter.com/k2TBYfrNdI

Colby Covington in the latest edition of his twitter series #nerdbash2018, posted a video of a ‘cardio session’ with an unknown woman – suspiciously looking like a paid model.

The Fertita brothers invested a cool 312.5$M on The Palms Hotel-Casino after their humongous 4.2$B sale of the UFC. It seems to have been under renovation and Dana White posted pics of the new state of the art interiors.

Congrats to Frank Fertitta and @lorenzofertitta for an incredible job on the @Palms. I can finally start hanging out there again!! pic.twitter.com/TTejKnHgRx

The billionaire brothers seem to have quite the taste.

And finally, the biggest news of the last couple of days was not even about a fighter.

Thank you very much @espn for this opportunity. It is an honor to join the very talented team already in place. I remember watching the channel(s) as a kid and dreaming of working there someday. It’s still a bit hard to believe this dream is actually coming true.

Sincere congratulations to @arielhelwani on the move to ESPN! Felt this was an eventuality and it is richly deserved. One of the hardest workers I know in any walk of life and they just don't come more connected. https://t.co/QwDtwAc2Ay

Welcome to the squad, @arielhelwani pic.twitter.com/jCUvVbEK2K

I want to say Congratulations to the interview master @arielhelwani on your new adventure with ESPN. How things change. You will be fantastic as always my friend, you have worked very hard for this and it is greatly deserved. Best of luck & don’t forget us little people!

That is it for the now – more to come from the weird and wild world of MMA Social Media.

UFC: Darren Till posts video of him ‘viciously’ knocking down sparring partner; responds to haters