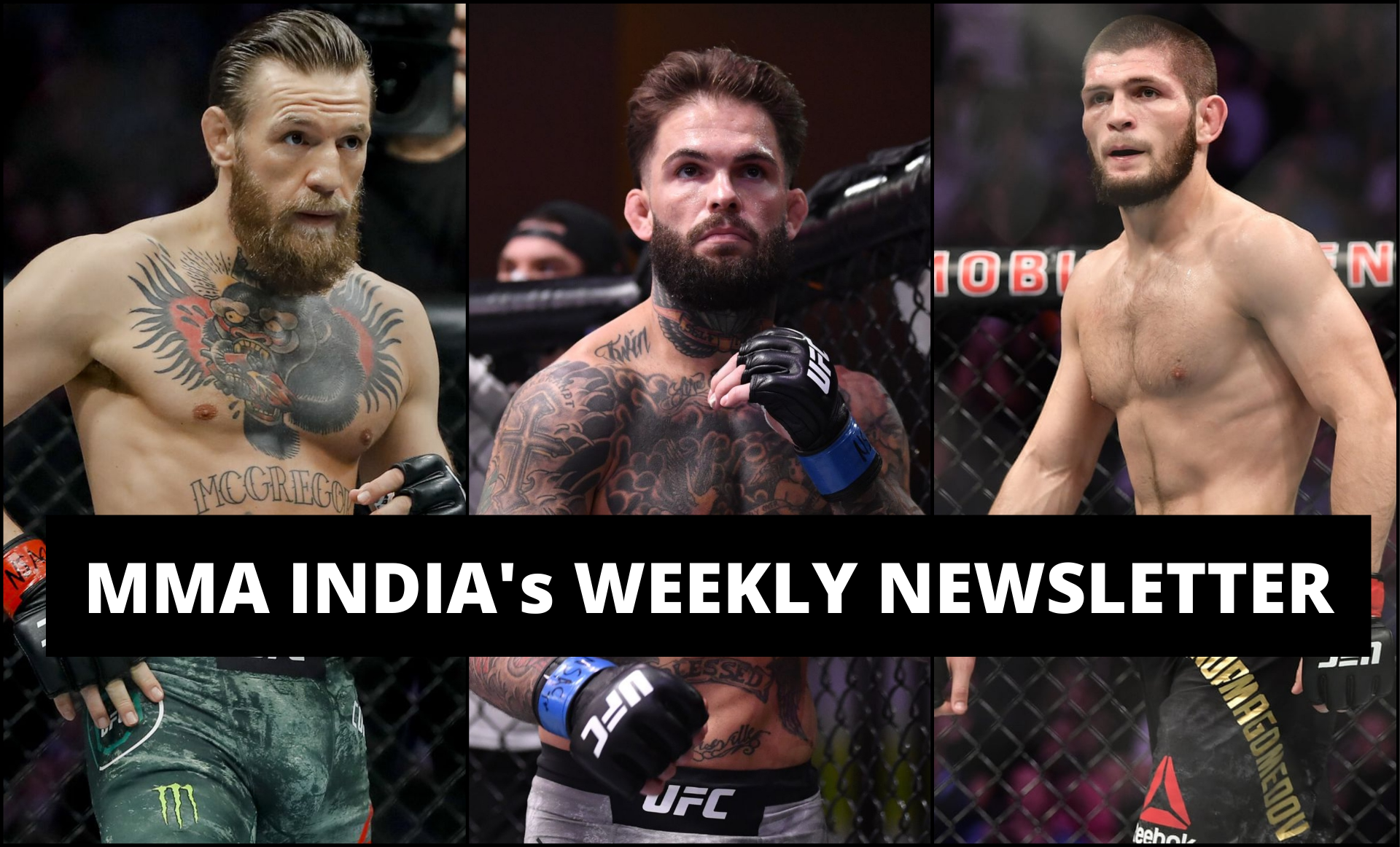 Welcome to the MMA India show’s weekly MMA round up. We take a look at the biggest stories of the past week, which includes big names like Conor McGregor, Ben Askren, Cody Garbrandt, Valentina Shevchenko etc.

Last week was extremely busy for the MMA world as we saw the suspension of three UFC fighters by NSAC and announcement of high profile bouts. 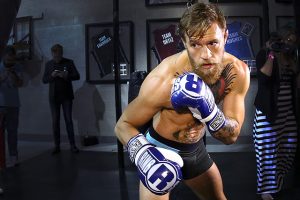 Irish superstar and former two-division UFC champion Conor McGregor has hinted that he may be taking part in the Tokyo Olympics which is scheduled to take place in Japan next year.

In a tweet last week, Conor McGregor stated that the Tokyo Olympics will feature sports like Boxing, Taekwondo, Karate, Wrestling and Judo, sports which he says, he is well versed in.

“One year from today the Tokyo Olymics will see competition in sports I know well: judo, wrestling, karate,taekwondo and boxing. This happens if we are past this virus by then, we all must do our part!,” Conor McGregor tweeted.

Read the full story from MMA India about McGregor here. 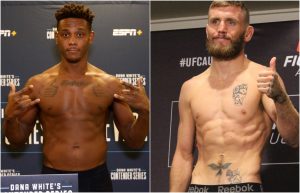 All the three-fighters received nine months suspension from NSAC for testing positive for Marijuana.

Fighters like Sean O’Malley and Nate Diaz, who smoke marijuana regularly have never encountered such problems.

The problem lies when the activity carried out is around the fight period, hence the name marijuana in-competition. Meanwhile, many fighters and other high-level professionals such as Kevin Durant from the NBA have requested the USADA to de-list this substance from the list and allow strategized consumption of cannabis. The real question is whether marijuana should be allowed and if yes, what is the realistic yet effective model to implement this decision.

Ray Borg released by the UFC 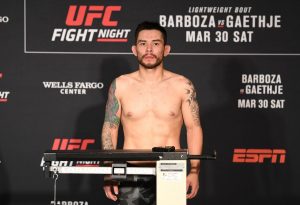 UFC flyweight fighter Ray Borg was released by the UFC after he withdrew from his scheduled bantamweight fight at UFC on ESPN+ 31.

Ray Borg was going to fight against Nathan Maness at UFC on ESPN+ 31 but had to withdraw from the fight right before the weigh-ins. It was a second straight fight that Ray Borg had pulled out of and the reasons for missing the fight weren’t made public to the media.

Khabib Nurmagomedov won’t train at AKA for UFC 254 preparation 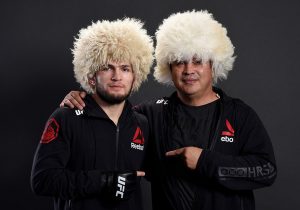 According to the latest reports, it has come to light that UFC lightweight champion Khabib Nurmagomedov won’t be conducting his camp at American Kickboxing Academy(AKA) located at San Jose, California.

In return, AKA head coach Javier Mendez will travel to Dagestan to help the champion with his training.

A highly anticipated fight between Deiveson Figueiredo and Cody Garbrandt has been set up for UFC 255 on November 21.

Along with the men’s flyweight title, the female flyweight title will also be on the line. Flyweight champion Valentina Shevchenko will be defending her title against Jennifer Maia. The venue for the fight hasn’t been revealed yet.

Valentina Shevchenko is coming off of a TKO win over Katlyn Chookagian at UFC 247 in February earlier this year. She was scheduled to fight Joanne Calderwood, but the Scotland native lost in her fight against Jennifer Maia last month at UFC Vegas 5.

Deiveson Figueiredo is coming off of a first-round submission victory over Joseph Benavidez at UFC Fight Island last month. On the other hand, Cody Garbrandt knocked out Raphael Assuncao at UFC 250 to end his three-fight losing skid.

After struggling through the first round, where the Russian had the top control, for the most part, Lewis came back guns blazing in the second round and scored a TKO victory.