MMA India’s Adieu to one of MMA’s true legends, Michael ‘The Count’ Bisping 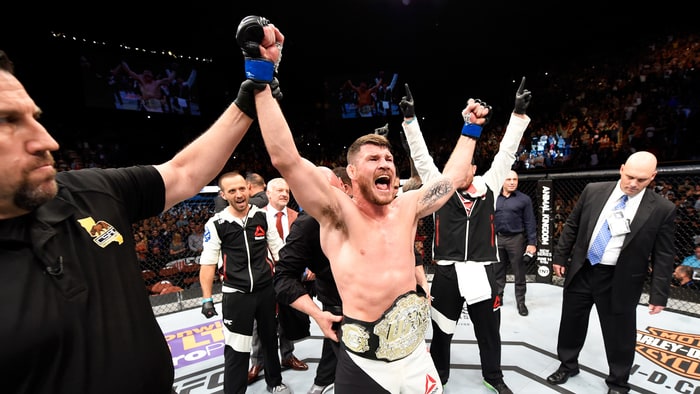 “Come back with your shield, or on it.”

This is an ancient Greek phrase admonished onto Spartan warriors going into war. This seemingly was the code by which UFC legend, Michael ‘The Count’ Bisping lived by.

Michael Bisping announced his retirement on his own podcast ‘Believe you me’ this Tuesday. It sent shock waves throughout the MMA community, but a sense of peace as well. 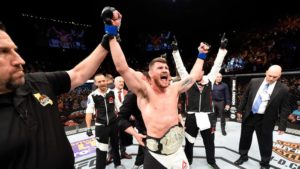 Bisping, a professional competitor since 2004, has seen everything MMA has to offer.

He started his journey as the TUF 3 (The Ultimate Fighter) winner and thus, had put himself on a pedestal, as the star of the United Kingdom, a very lucrative market back then. Bisping’s career dwindled down and rose up in spurts – but never resulting in a UFC title, during his physical prime. 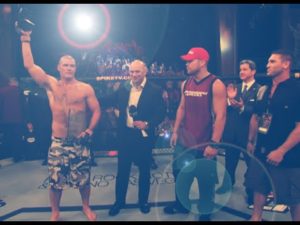 Bisping’s hard work and perseverance paid off during the twilight of his career in 2016, as he finally became the UFC Middleweight Champion. He beat Anderson Silva, Luke Rockhold and Dan Henderson in the same year to cement his legacy in the sport.

Bisping, a life long warrior, received his first career threatening injury during his bout with Vitor Belfort in January, 2013. He lost the fight via headkick TKO. He suffered retinal detachment in his right eye, due to the kick. Bisping required surgery to rectify the issue, but delayed the procedure, out of the fear of being unable to compete ever again.

The issue worsened after his scheduled fight with Mark Munoz in October, 2013 at UFC Fight Night 30 . The symptoms of his ‘detached retina’ had become ‘that’ bad – that he had to undergo surgery – which included full removal of the eyeball.

Bisping made a full come back and ended up winning the coveted UFC Middleweight title, finally, in a short-notice fight versus Luke Rockhold at UFC 199.

Bisping, who has seen the greatest of up’s and the lowest of down’s, finally called it a day.

“Obviously, I’ve teased this for a long time now — I might fight again, I might not,” Bisping said.

“After the Gastelum fight, I went to a party with all my team, friends, etc.,” Bisping said.

“We went to a club, and because it was dark, I kept seeing this flash out of the corner of my good eye. I’m like, ‘What the hell?’ and I keep looking. Then I realize there’s no flash going on; it’s just my eye.”

“Every time I look left, it flashes — and it still does it now when it’s dark.”

“I was kind of freaking out. First thing I did when I get home, I went to a doctor. They checked it out, and they said it probably was a detached retina. They looked at it and said, “No, it’s not a detached retina, it’s a vitreous detachment.”

“It ain’t worth it,” Bisping said. “What else am I gonna do? I won the belt, I’ve had tons of wins, I’ve done everything that I set out to do. Fortunately now, I’ve used my platform to open other doors.”

Bisping’s abrupt retirement, blew up social media. Everyone, who had an opinion on MMA poured out.

Congrats to @bisping on his retirement ! He has accomplished so much in this sport and is def a future hall of famer! Unfortunately we never had the opportunity to fight in the octagon but it was a pleasure just to trash talk back and forth a few times ! Future is bright. Enjoy!

Congratulations to the former @ufc middle weight champ @bisping. You had the career everyone dreams of.

Great career @bisping . I always wanted to fight you because you’re a legendary and top contender . To stay with the top organization and be relevant for years takes a lot, much respect and enjoy! 🙏

My guy @bisping is getting out of the game. Congrats on a great career my man. You earned it! You made people care one way or the other and you won and won a lot. That’s what matters man. Congrats my man! DC pic.twitter.com/sD1rwNtz20

Enjoy retirement @bisping you had an amazing career and always enjoyed our time sharing the spot light together!! #thecount pic.twitter.com/lCZguoeQo3

Congrats on your amazing journey @bisping was a pleasure to train and help you a bit on this journey. Much respect

Congratulations @bisping you fought them all and you proved your mettle time and time again. TUF Champ, most wins in ufc history, most fights in ufc history, @ufc middleweight champ. 👏 Time to enjoy your life even more. You earned it!

@bisping Congratulations on an extraordinary career!! You fought whoever they placed in front of you with great skill and a warriors heart. It was an honor to share the cage with you every time but especially for your world championship victory. Have a beautiful retirement!!

Congrats to the legend @bisping on an outstanding UFC career! No man did more for MMA's growth in the UK and it was only fitting he was England's first undisputed UFC champion. Thankful to have had the chance to watch and call his fights. Next stop: Hall of Fame. #thanksMike https://t.co/QNFtPQ2LKu

First UFC event I covered in person was TUF 3 Finale, Bisping's official UFC debut. 12 years later he says goodbye. What a run — from winning TUF to building the UK market to winning the belt in the most improbable way — with nothing left to prove. Bravo, Mike. You did it all.

Michael Bisping has officially retired. What a career. Soooo many memories. I’ll never forget he and I were talking at The Palms, before the Jason Miller fight, he stopped me midsentence and said, “You hear that? Jason. I hate that guy.” Miller walked in a minute later.

I knew the time was drawing near; but hearing that my @UFCONFOX partner in crime @bisping has officially retired is still bittersweet. Happy I won't be panicking while he fights, but sad I won't have the opportunity again. Congrats Mike! See you on set, and in the HOF! 👏🏽😘🙌🏽

Thank you @bisping for all of the memorable moments. Bisping fought anyone anytime anywhere and he’ll go down in history as a true hall of famer. God bless you and your family my friend

It’s been fun my friend @bisping I’m excited to see what’s next for you!!! pic.twitter.com/58F72Wie3k

In a class of his own. Thank you, @bisping. pic.twitter.com/1iW6G9A3Ha

We might never see another fighter as tenacious as Michael Bisping ever again, but the memories will live long enough.

Michael Bisping might have his detractors, but his career speaks for itself.

“This man is amazing. I’m a fighter, but I have been a fan of this man. He is a true example of hard-work and perseverance. All my respect to you, my man”- GSP

We at MMA India wish the The Count, the best in his future endeavors.

UFC: Michael Bisping is not impressed by Dillon Danis

WWE: Paige reveals the time when WWE made the decision to make her SmackDown GM

Previous article
WWE: Former WWE Superstar reveals that Finn Balor almost lost his patience with Enzo Amore
Next article
UFC: Khabib Nurmagomedov reveals who he will likely fight next, also feels he will fight sooner than he expected