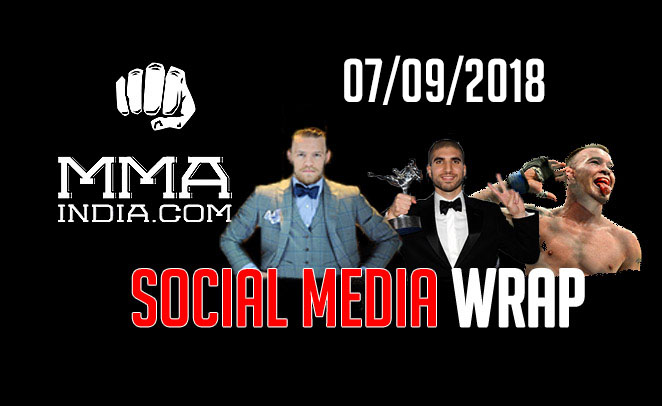 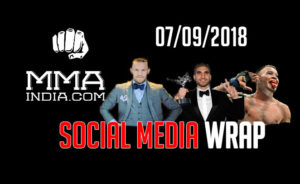 UFC 228 is around the corner, but none of us can stop talking about UFC 229. So lets start there..

Since Conor McGregor and Khabib Nurmagomedov seemingly won’t do any marketing for their impending war, we are left with only their social media feed as fodder.

Focus on the creation of history. @manimalenergy_russia #ufc229

Some much needed grappling work.

Conor has a message for Khabib – Russian style.

If he dies, he dies then I’m paid twice.

‘The Notorious’ one still got time in between his hard training to do some marketing.

He is truly one of a kind.

Jones and DC go at it again

This is another never ending rivalry.

Jones casually revealed how he wanted to destroy DC’s life and dreams on his visit to Russia.

DC wasn’t having none of it.

Big goals for a guy that could only achieve them after he finishes getting disciplined for his 3rd drug failure! I mean jeez this guy #Cheater https://t.co/Kfuki7qRCM

Does my big goal somehow offend you? Why the need for name calling😩

I set you up with several attacks to your body, you begin to protect your belly so I kicked you in your head. but you’re right somehow a steroid metabolite right before the fight made me smarter. You’re the champ champ, I’ll stop dreaming now

Must be the roids. pic.twitter.com/qSS25Bk8xC

Something about Jones seems to put off the usually cool Double Champ.

Ok, that’s actually a good one with yo bitch ass! But you actually were on steroids the little white chick might not be , but you were n***a lmao https://t.co/aYdmcpf28o

This was all before Jones did his best to piss off old nemesis ‘the bad guy’ Chael Sonnen.

JonJon
Heard your critique
Forgot you were in the business; even as s spectator

You trash-talk about as well as you exchange insurance info after traffic accidents….

I treasure you
As long as you're around, I look like a clean overachiever

One
Big
SIDE EFFECT

You spend more time on the shelf than a
LIBRARY
BOOK,
ya
BUM

Turn your cel-phone off; USADA has GPS TRACKING

Jon Jones is celebrating Labor Day just like he does every day for the past 3 years…by not working.

Whatever Jon did to Chael!

John Dodson shows us how the flyweights get their grocery shopping done.

Jessica being not so innocuous.

You sicken me … I hope you see my tweet and know it’s you .you are a Gross and disgusting pig of a human .

👀champ must have done this one himself. LOL 🤨get the strap #lecheminduroi

Haha, Wow. @supersagenorthcutt @adamcomedian Sage won’t be cussing for anybody 😂😂 But a Nike contract would be cool.

Cody Garbrandt getting back in the zone

Cody Garbrandt has deactivated his social media accounts for now. Told me he wanted to detach, and that he's getting back in the zone.

Wish we could do the same.

Finally some UFC 228 to finish this episode.

Darren Till and Tyron Woodley seemingly had their ‘wait for it’ moment.

UFC 228 is on this coming weekend, but that’s a wrap for now.