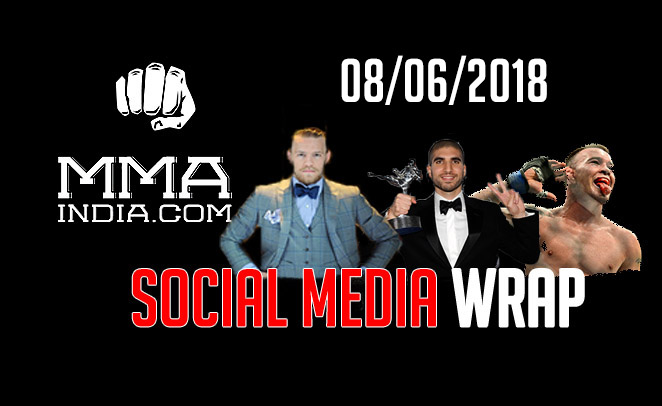 UFC 225 is around the corner, and here is a round-up of the happenings in the matrix, these past few days. 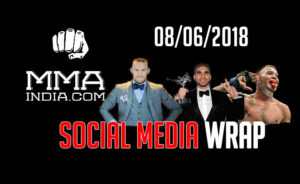 We will have to wait and see where he ends up on next years list.

Nick Diaz on the Vegan diet

Nick Diaz might be embroiled in a domestic abuse case, but that doesn’t hinder his diet.

It is unconfirmed, but apparently CB Dolloway and pop star Demi Lovato are dating.

Demi Lovato previously dated MMA fighters Luke Rockhold and  Guilherme ‘Bomba’ Vasconcelos. She sure has a ‘thing’ for MMA.

Kamaru Usman got into a brawl at a Kid Rock concert last night with a fellow Kid Rock fan.

Ali Abdelaziz, manager of Khabib Nurmagomedov, Frankie Edgar and numerous other high profile UFC stars, was right in the thick of the action. If getting into scuffles was an art, then he just might be the Picasso of it.

Ragin’ Al Iaquinta is a man of many words.

Lmao if I shouldn’t get paid more to fight higher ranked guys in main events, why did they pay more for me to fight khabib?! We haven’t talked since he shook my hand & thanked me for taking the fight in the cage… Pick up the phone “boss” @danawhite https://t.co/At6SXzWxo0

Dana is a moron. It would be the featured listing on any card https://t.co/RJbrGVxPPI

Stipe Miocic posted a video of how Modelo helps out at his actual day job.

The #FightingSpirit goes beyond the Octagon; it’s a way of life. Big thanks to @ModeloUSA for capturing what I do, in the area I serve. https://t.co/s2tvYO39nT #Modelo #AndStill pic.twitter.com/Hg5awxCNSb

While, Dustin ‘The Diamond’ Poirier shows us the benefits of Modelo after an career shortening brawl.

Two GOATS in One pic

Two of the greatest fighters of all time found some time together.

Overeem still not over his snub

Alistair Overeem played it cool at the start, but it looks like, it might just be lingering in his head.

Why is this guy not on the prelims?! 😜 #ufc225 @ufc @robwhittakermma pic.twitter.com/JxQ4BH2Bg2

However, Overeem had a message for his opponent this weekend, Curtis Blaydes.

Curious to know what Dana was thinking? But I can tell you my thoughts; "Curtis, it's nothing personal but you are going down". @ufc #ufc225 pic.twitter.com/dJNWJKb0Rk

UFC 225 is on this coming weekend, but that’s a wrap for now.