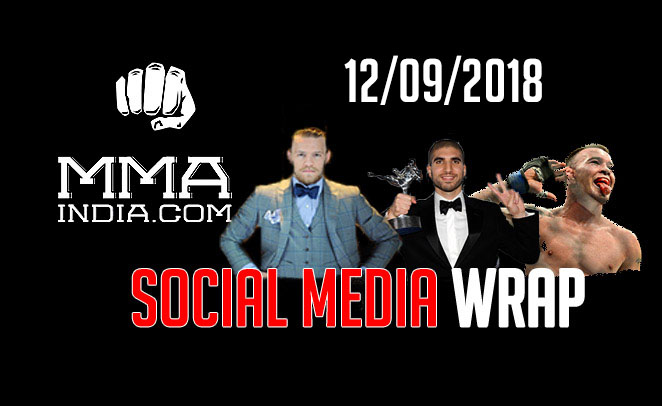 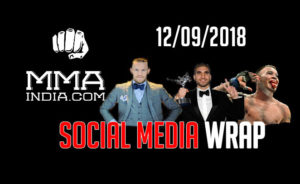 UFC 228 is over and another fighter aiming to dethrone’Welterweight Kingpin’ Tyron Woodley, bites the dust.

Here are the reactions of some of the fighters.

My dude @TWooodley is the man at 170! That being said @darrentill2 really earned my respect in that fight. He is one tough SOB! Congrats to the champ! And I’m sure we’ll see Till back sooner than later #ufc228

Apparently Vitor wrote him off.

@twooodley congrats well done job.
I confess that I had darrentill2 but u prove me wrong.
Respect ✊ https://t.co/6Snrv0i7pw

And still. @TWooodley is the best dude. Great friend, teammate, son, father, husband…ya know, the important stuff. We love and respect him. #Roufusport

Great fight, well done @TWooodley.  I fought both guys, and I'm down to fight both again!  T-Wood, we got unfinished business! #WoodleyvsThompson3

Sorry, but that’s a fight the fans would avoid for a while.

Oh shut the hell up you virgin! You're at the back of the line choirboy. https://t.co/JXeSRrCO44

Nick Diaz gives articulate and concise view of the fight

Nick Diaz weighs in Tyron Woodley vs. Darren Till. (Via his Instagram story). pic.twitter.com/uMIr21TCN7

“I missed the whole fight …you know what I’m saying … I’ve never had an easy fight in my life. Fight that kid … I wouldn’t take one. It’s like … stop making bullshit fights with this guy!”

Snoop Dogg gets his fighters mixed up

Good friend of Nick Diaz, rapper Snoop Dogg got his fighters mixed up during his live commentary of the fight.

.@snoopdogg Hey Calvin! Why did you delete my comment?! I didn't know gangster rappers lived in safe spaces! Trading in that Gin & Juice for that California Soy! Get used to @realdonaldtrump being your President for another 6.5 years homie! #greatamericanwinningmachine #MAGA 🇺🇸 pic.twitter.com/nycI4IG1mn

Darren Till meanwhile is keeping his head up but isn’t yet ready to forgive Snoop Dogg for mixing him up with Colby.

Platinum isn’t a fan of the People’s champ

And @ColbyCovMMA you the people’s bitch not the people’s champ. You can’t lay and pray on me pussy I’m too strong. I’ll prove it November 10th.

“Hi guys, I just want to say thank you for your support and I’m sorry. I’m okay, it wasn’t my day, it was Jessica’s day, so big congratulations for Jessica and give me some time and I’ll be back stronger, I promise.”

Conor McGregor posts a highlight clip of his training ahead of the biggest fight in UFC history.

Conor does look slick in the clips, and is concentrating heavily on the clinch and kicking game.

Meanwhile, Khabib Nurmagomedov is still not a fan of modern rap.

“Each creature will answer for its words, it’s just that I do not care for you, but if someone does not like my calls, you can not answer them, I do not force anyone, but I do not have the right to say to Tipo my opinion – it’s funny what then the devils will not tell me what to do and what not, for this I have other people with whom I consult and whom I listen to. You can spend your fucking concerts at least every day, but my principle and what I think I will always say. Separately, I want to turn to the men of Dagestan: much has been missed and there is not much to return, but for the future of our Republic in the answer WE and only WE, and not all petushars who say they want something.”

However, Khabib is putting in the rounds with former 2-time UFC Heavyweight Champion, Cain Velasquez.

Good to see Cain back in training.

Matt Riddle has a message for Dana White

Remember Matt Riddle? The guy who pinned Jon Jones in high school wrestling and was shown the door out of the UFC after testing for Marijuana?

Well, Matt Riddle has made it big in pro wrestling now and has a message for Dana White.

Hey Dana remember that time you fired me and talked all that shit on me to the world and called me a loser? I just wanted to say thank you for everything dummy 😂😂😂 #bro #kingofbros #splx #stallion #wwe #nxt #ufc #danawhite pic.twitter.com/y5yH6POwKw

The list of champions and stars are growing for this elite gym.

One of my most cherished memories is touring our Pentagon and seeing the 9/11 Memorial inside. Never ever forget all of those who lost their lives that day. In loving memory of the victims, in loving honor of the hero’s. pic.twitter.com/A0pMbXtCil

Remember those who sacrificed everything on 9/11. One of the worst days in American history, but some of the bravest acts I’ve ever seen. Thank you to my fellow firefighters and first responders who stop at nothing to keep us safe. You are true heroes. #NeverForget pic.twitter.com/F0BGydDLYF

Thats a wrap for now.