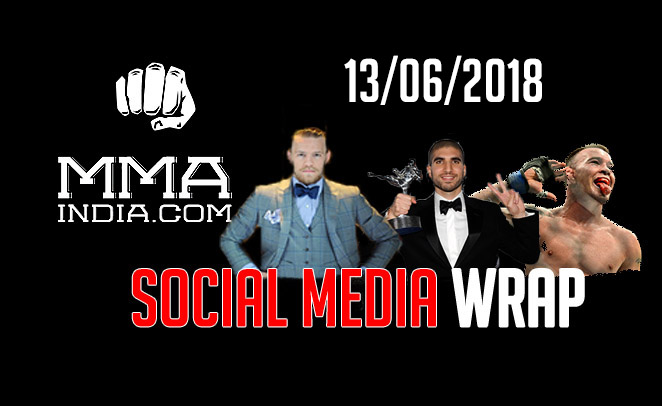 The ‘Chaos’ that was UFC 225 is over, and here is a round-up of the happenings in the matrix, these past few days. 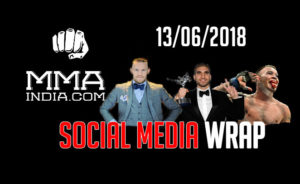 Jon Jones in his time off has been very available to fans on Twitter. He held yet another impromptu interview with his fans today.

Jones first weighed in on a fight with the monster Brock Lesnar.

Jones then talked about a possible career in Boxing.

I’m still pretty new to the sport of boxing, but I never doubt myself. You never know what God has in store for me. https://t.co/7XaUq22Yjt

When questioned about his time off from fighting, Jones explained his daily routine nowadays.

Thank you, live outside of fighting is actually going really well. I’m happy, my family is happy. Kids are having an awesome summer https://t.co/oNTvqQMQIF

Haha that’s one way of looking at it https://t.co/Y6sR8ei7ov

I’m not gonna sit here and act like this last storm has been an easy one. But time heals all and I have a lot to smile about. https://t.co/n2pVUiZcu8

Jones while contemplating his future, still has not lost his sense of humor.

No, that would make me Jon “bones your mom” Jones 🤣 https://t.co/exAcWr0GGS

Jones being as humble as he is opened up on his only MMA loss.

It was a good learning experience, I like Matt. He deserves all the best https://t.co/Boaj6rvfRI

Jones finally revealed how he feels about his perceived GOATness.

It obviously feels great to know you’re one of the best to ever play your sport. But at the end of the day I feel like I have so much more work to do, so much more to prove to myself https://t.co/sqCYr5y7fJ

Conor Mcgregor seems to have all the time in the world. He posted an adorable picture of himself showing his son the ropes.

Georges St. Pierre once said “There is three things in life that excite me, there’s a woman of course, dinosaurs and the violence of the Octagon.”

GSP posted a video of himself in a encounter with a Gorilla in Africa.

He compared his teeth with that of a Megalodon as well.

Aljamain Sterling has been calling out Dominick Cruz for ages. This is the lastest.

UFC 225 is over and Artist Mojahed Fudailat shared us another funny video.

If you still haven’t, its time to follow Mojahed Fudailat.

Reebok releases their best T-shirt yet

Ok, we have winner. Look at this new @rosenamajunas Reebok shirt. Perfect. I think they are finally starting to get it. #dealwithit #thuglife pic.twitter.com/4jOD0dJc2l

Megan Anderson and Joe Rogan have a thing going

Joe Rogan called Megan Anderson an Avatar, but Megan being the sport she is, took the comment lightly.

I see you @joerogan 😂😂 pic.twitter.com/B5tWpTffEc

Kevin Lee held one of the greatest Reddit AMA’s in MMA. Here are some of the highlights.

He weighed in on the question that has racked human minds for ages.

He also talked about a potential fight with the GOAT. Finally to wrap things up, it was a retirement announcement by one of Britain’s greatest boxers David Haye.

This is not the end, it is the start of something new. Ain’t no stopping us now. Full statement 👉🏾https://t.co/paCqDm3wB8 pic.twitter.com/1tVHOezy7I

“I wouldn’t be able to do this without him.” @michaelpage247 pays tribute to @mrdavidhaye for his help and support in opening the door to boxing for him. The Hayemaker continues to guide the next generation of talent, including MVP. Next show: York Hall, Friday 9pm @davechannel. pic.twitter.com/HfCxijEbkY

“Life is a musical thing and you’re supposed to sing or dance while the music is being played.”

Much respect for all you have achieved. I hope you enjoy your retirement.

🚑 Well this is quite something. A part of David Haye's retirement statement in which he explains how a 2015 operation left him having to learn how to walk again. pic.twitter.com/FOx2KKFuVh

David Haye has announced his retirement as a boxer. Love him or hate him, Haye will go down as an icon of the game and one of the best cruisers this country has produced. #DavidHaye pic.twitter.com/Z4sgHFWX58