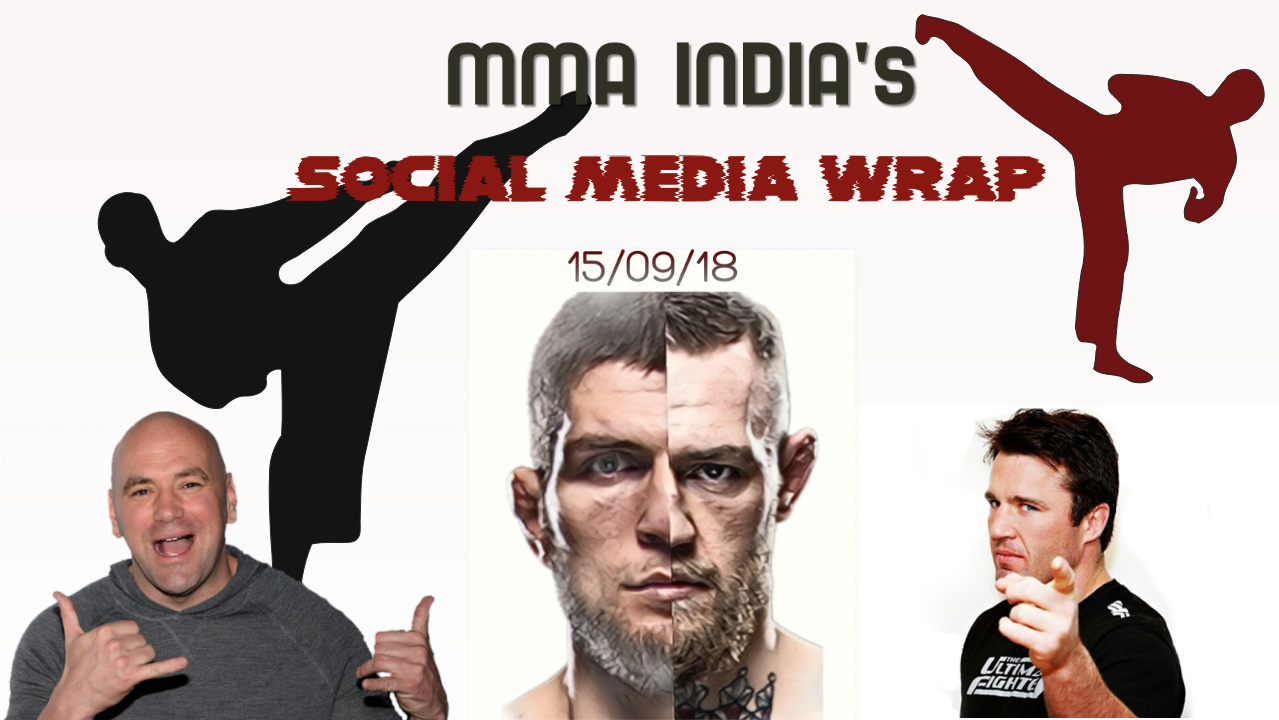 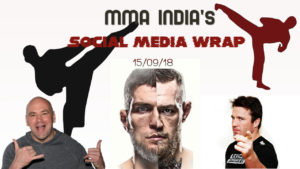 It has been a slow news week since UFC 228, but we got the news we have all been waiting for.

Finally the date when Conor McGregor and Khabib Nurmagomedov will square off for the first time was revealed.

I know there have been a lot of questions about this, so here's a big update …

Khabib Nurmagomedov and Conor McGregor will both attend a UFC press conference next Thursday at Radio City Music Hall in NYC.

Details of the #UFC229 press conference:
Who: Dana White, Khabib Nurmagomedov and Conor McGregor.
When: Thursday, September 20th at 2pm PT / 5pm ET / 10pm BST.
Where: Radio City Music Hall, New York
The event will be closed to the public. Media only.

Conor posted a second round of videos to show his training regime.

He can be seen here taunting his sparring partner – maybe a sign of things to come for Khabib.

Conor seems to be working heavily on his uppercuts.

Conor also posted a rough looking pic of him with a bruise under his eye.

He seems to be taking this fight serious.

Step by Step, Khabib is counting down the days till he gets his hands on Conor.

Excited to share the new logo for my Monday show. Dare I say the original was the alpha version and now we have the beta (get it?). Thanks to the incredibly-talented Ted Park for making this happen. Hope you dig it as much as I do. More coming. pic.twitter.com/ojNoevJz4F

Corey Anderson has some good news!

LHW contender, Corey Anderson seems to be on a career revival and this could be the reason.

IM GOING TO BE A FATHER!!!! AND I CAN'T WAIT!! #firstchild #excited #fightingfather

He might even land a dream UFC title fight.

If this is how @dc_mma really feels, hopefully he sticks around long enough to get this "easy work". Champ or contender… talk is talk theres only one way to settle all the talking. SQUARE UP! #ufc #MMA #champ #justwaitonit #stickaround https://t.co/9Jv1Zw01NM

Mark Hunt and Fabricio Werdum get down and dirty

Earlier in the week, former HW champion Fabricio Werdum got banned for 2 years by USADA for testing positive for trenbolone.

Former challenger Mark Hunt had some choice words for the shamed Werdum.

Mark Hunt has some extremely harsh words for Fabricio Werdum after he recently popped for Steroids. *Warning – Strong Language* pic.twitter.com/xEQK3UFvHx

Mark Hunt however is doing well for himself, headlining UFC events.

Mark Hunt and Oleinik had a fun stare-down before their main event tonight @ UFC Russia.

This is going to be a stupidly fun fight while it lasts #UFCMoscow pic.twitter.com/knE99ZSxCm

The moment we have been waiting for since Tyron Woodley broke the news in his post-fight interview at UFC 228.

UFC fighters were in praise for Woodley’s new venture.

Colby Convington as usual wasn’t impressed with the champion.

You can download Tyron’s single in the link below.

And, that’s a wrap for now.