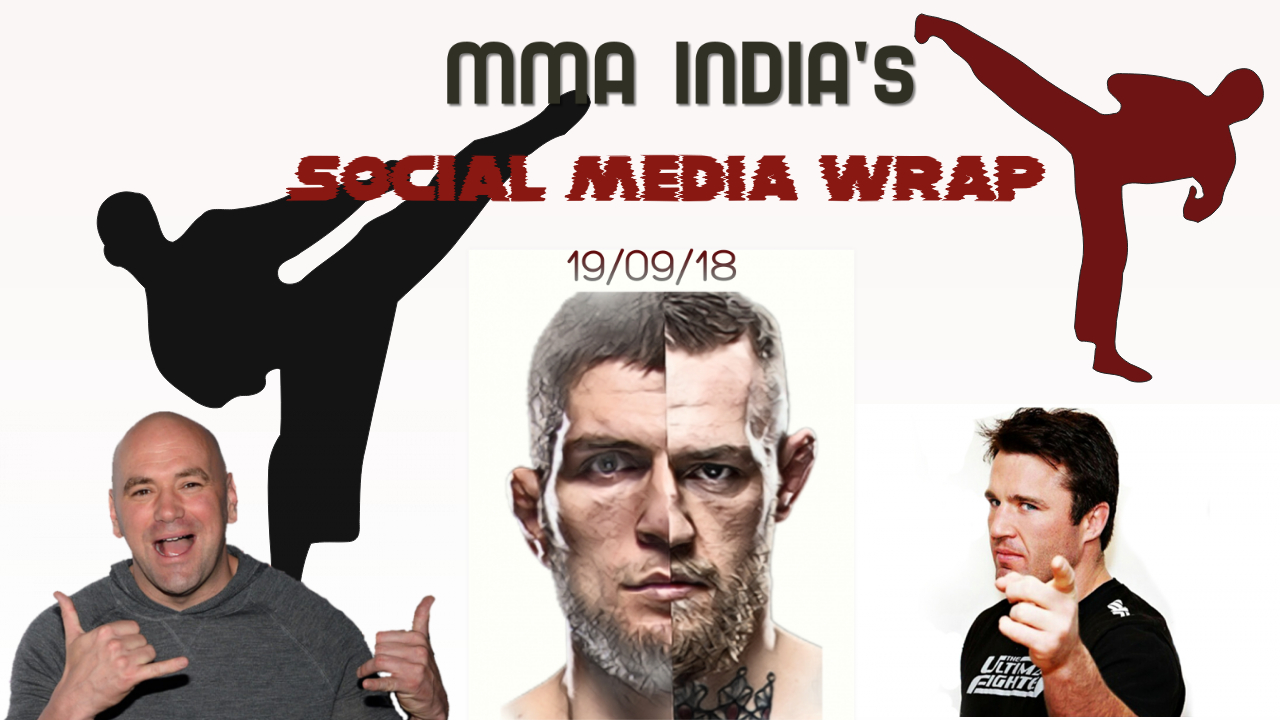 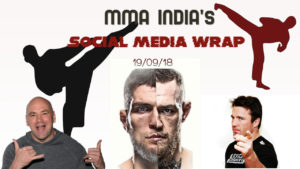 We are just one night away from the much anticipated first press conference between Conor McGregor and Khabib Nurmagomedov.

Conor Mcgregor has been posting pictures of his hard training lately, and he posted a few more in the last couple of days.

Wonder how such an art piece found its way to a garage?!

Conor also went against the UFC in announcing his own plans for the first presser.

The press conference will be open to the public.

But it turned out to be just a marketing ploy for his new business venture.

The ticket for entry is a bottle of @ProperWhiskey.
2 bottles and you skip the Q to the top.
My soldiers will be outside making sure this rule is strictly adhered to.
Radio city Hall. UFC 229 Press conference.

Khabib Nurmagomedov on the other hand seems to be mentally prepared for their first showdown.

We knew he was a budding restaurateur, but we didn’t know he had a acting career lined up as well.

Aside from the training for his big fight, Conor also had some business announcements for us.

After much hype, his line of Whisky was finally released to the world, ‘Proper No.12’.

Moving on from Conor and Khabib…

My sons ultrasound showed two hands & two feet. Already off to a better start then his daddy.

GSP pays homage to his Sensei

Your sensei will always be your sensei no matter how much success you end up having. Mine gave me the foundation for triumph. Always remember where you come from. pic.twitter.com/BqIF1i6yeR

Cejudo gets reunited with his baby

Henry had lost his belt and baggage due to an airport luggage mishandling, last week.

He was finally reunited with his UFC belt yesterday.

He gave a stern warning to his belt, when they finally met each other.

Colby Covington once again proves he is the true American

Where are you Romero? I'm waiting for you, show up!
Onde estava você Romero? Estou apenas te esperando, bota a cara cubano. https://t.co/evYMRgjNjr

We say, its time for the two superhero looking characters to fight.

Cyborg stokes the fire for potential superfight with Ronda Rousey

But…not in MMA, but at next years WrestleMania.

Cyborg vs. Rousey at WrestleMania?

Here’s Cyborg’s response to the rumors.

Wonder if Cyborg will play by the WWE script..

The MMA world was shocked last night, when news hit that Kid Yamamoto had succumbed to cancer and passed away at the young age of 41.

Kid was a pioneer of the lower weight divisions and will be sorely missed.

The MMA world poured out their feelings.

RIP Kid Yamamoto, Osu !! My condolences to the family !! 🙏 pic.twitter.com/a0tWlhnN1w

Still remember watching vhs tapes of Kid When I first started in Mma , Yamamoto was an absolute savage in the ring and will never be forgotten . ❤️#samuraispirit #RIPKidYamamoto

RIP “Kid” Yamamoto. Sad day. Looked up to this guy, he was the real pioneer of the light weights. Legend! Wish I would’ve known he was in bad condition, life is fragile! #cancersucks @… https://t.co/Ati9ypXTyN

RIP. A true legend of the sport. pic.twitter.com/obBHmSPDxF

A true legend of the sport, RIP Norifumi "Kid" Yamamoto.

To honor the life and career of Kid Yamamoto, watch all of these great performances for free.https://t.co/7QA2X9sCzB pic.twitter.com/A6oUCWrkXl