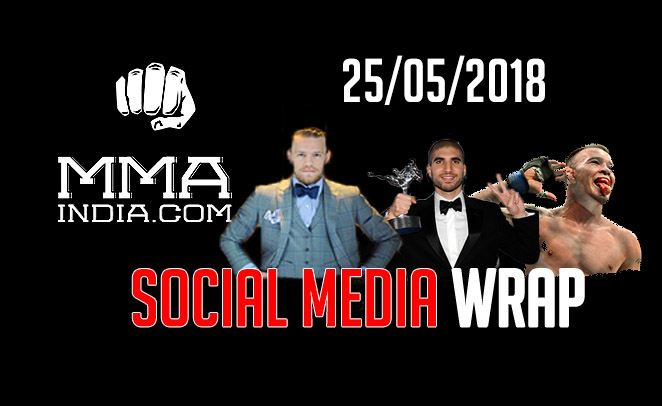 Here is a round-up of the happenings in the matrix, the past few days. 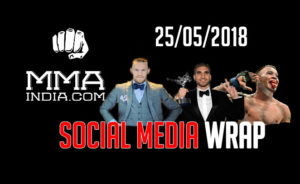 Jon Jones tries to hook up with single grandma on SnapChat

So, Jon Jones held an impromptu interview with fans the other night on Twitter – and a fan tried to hook-up his own grandma with the star.

@JonnyBones I told my grandma about you and now she wants to FaceTime?

Jones went right for the jugular.

The fan couldn’t have been more pleased.

@JonnyBones that’s all you bro! You have my permission

Yo you’re a real one, shoot me her Snapchat https://t.co/9eOhO6CZhG

The hype-train might have taken a bit of a hit – but Francis Ngannou seems to be coping well. He posted a picture of himself from 6 years back to show his fans, how far he has come.

Sidestepping to Boxing for a bit; If you didn’t know already, legendary boxer George Foreman has 12 children, including 5 boys. All of his male children are named George Foreman, and Foreman Sr. has cleared up the reason.

Once again @GeorgeForeman is a step ahead of the rest of us! 😂😂😂👍🏾👍🏾👍🏾 pic.twitter.com/KFRSuLVaae

Boxing’s first ever black undisputed Heavyweight champion Jack Johnson, was pardoned by the US President Mr. Donald Trump, posthumously. Johnson was convicted in 1913 for violating the Mann Act on charges that he had transported a white woman across state lines for ‘immoral’ purposes.

Current WBC Heavyweight champion Deontay Wilder, former champ Lennox Lewis and Hollywood star Sylvester Stallone were in attendance – and it looks like they had some fun.

Cyborg has some tips for Nia Jax versus Ronda Rousey

Moving away from Boxing – Cris Cyborg gives some arm-bar defense tips to Nia Jax, who is set to face Ronda Rousey at ‘The Money in the Bank’ PPV for WWE.

If you need some armbar defense @NiaJaxWWE before @wwe #MoneyInTheBank I have a few techniques you might like! pic.twitter.com/aPp3sUSJji

Cyborg also called out one of the greatest female boxers of all time Cecilia Brækhus.

Cecilia could not have been more polite.

Nobody ducking 😊 Be patient 👊👊 #1stLadyofBoxing

Meanwhile straw-weight, Angela Hill is still searching for an opponent after beating Maryna Moroz in February – this time, deep under waters in Hawaii.

TJ has dug deep and has finally embraced his true form by releasing this bad-ass T-shirt.

This is sure to be a best-seller.

Meanwhile, Israel Adesanya posted a cool clip of himself doing the ‘matrix’.  This had to make the cut.

Paige Van Zant mustered quite a reaction from the Netizens, after she posted this particular pic last week.

PVZ fluffed aside all the negativism from the internet, and had this to say to TMZ sports.

She continued, “I’m a girl and always wanted my own boobs. They never came so I bought them.”

Continuing in the same theme, UFC photographer Mike Roach was accused of objectifying Women after a video was released of him – doing his job.

In an even more abstractly worded post, Conor Mcgregor communicates with his fans – in a language only his huge fan base can understand.

Keep your dukes up when you see me.
See you soon. pic.twitter.com/M2KX5HZ90F

Mike Perry confirms he is 2% black

Perry recently took a DNA test that confirmed that he had 2% sub-saharan African genetics. Hearing the news, Perry could not keep his brotherly affection under wraps.

My nigga @TWooodley be Instagram livin and drivin lol hope there is not a video of you getting pulled over on IG Live one day PATNA ! 👈🏼 ( Skreet slang for Partner ) 👆🏼👈🏼 peep the tone in my imoji skin #RNS

Woodley gave him a pass, citing the 2%.