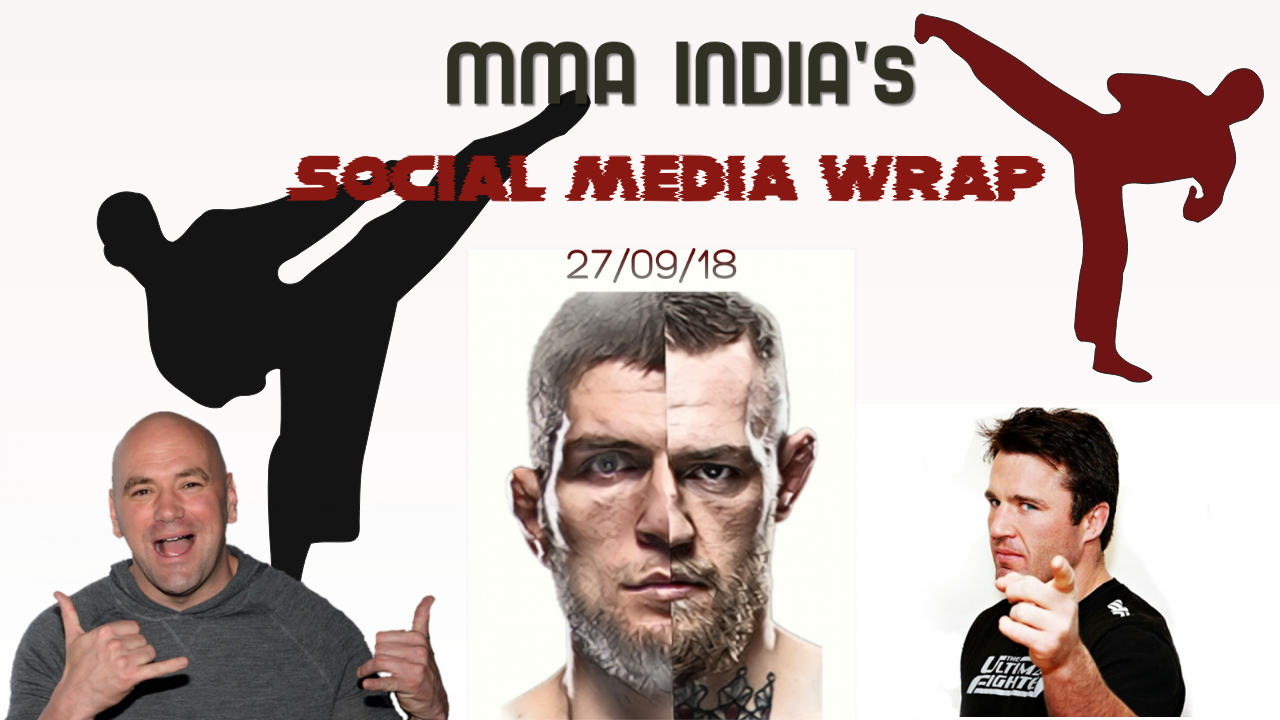 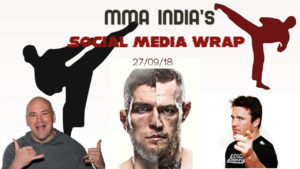 It has been a hectic past week in the crazy world of MMA, with Jones’s reduced sentence and the presser for UFC 229, so lets delve into the matrix.

Finally Jon Jones got his verdict and it came with mixed reactions from the MMA world.

It’s difficult to express myself at this moment but I can definitely say my heart is filled with gratitude and appreciation. I want to thank all of you who have stood by me during the toughest stretch of my life.

It has meant the world to me and always will. But now is the time to shift the focus front and center to the road ahead. Greatness is what I’m chasing and the path to reclaiming my throne is now officially open. Comeback Season begins now

Turns out Jones typically found a way through, with a stipulation that no one has ever used before.

This is why he is considered by many the GOAT.

Many fighters were very welcoming of the decision.

Congratulations @jonnybones I’m really glad u are back! @dc_mma is aiming for Brock.. so let’s give the fans another legendary fight for the belt 👊🏻 @ufc @danawhite @ Allstars Training… https://t.co/bVhqjxZmLG

Some fighters were however not very impressed with the decision.

No shade to JJ but no one is surprised by this arbitrary decision , USADA is steadily losing respect in the fight community to the point of questioning why they even exist 🤨 https://t.co/AhVmwBvBEr

Now I understand #usada is n.1 bullshit people.
To much politics.

Finally Khabib Nurmagomedov and Conor McGregor were locked in the same room together, and it made for some fireworks.

Well that is definitely one side of the story, @TheNotoriousMMA 😅. pic.twitter.com/YvFKW31eOj

my favorite moment from the UFC 229 Press Conference pic.twitter.com/qdypxhMl3T

Khabib had his moments as well.

Khusein Khaliev, a Chechen fighter, sent out a stern warning to Conor, for bringing up their leader Ramzan Kadyrov.

After McGregor brought up Chechen dictator Kadyrov at the #UFC229 presser, Khusein Khaliev (a fighter who reps Kadyrov’s fight club) threatened the Irishman online. Here is one quote:

“You will have to answer for your words. I recommend you apologize as soon as possible” pic.twitter.com/OZsv6THymV

Eryk Anders found the funny side of defeat

Eryk Anders might have lost in a gutsy yet gruesome fight against Thiago Santos, but he seemed to take the L lightly.

Not gonna lie, I haven’t been that tired since my wedding night

GSP doesn’t mind being not PC

Imagine if it was Jon Jones..

Cerrone back to doing what he does best

Donald Cerrone might be a doubt for his much anticipated bout with Mike Perry.

“he would get hurt badly”

you let CM fight. stop acting like you do it for the sport. paycheck = fight. you have no idea what I’m capable of. https://t.co/LzKi4tJi6f

If you thought you had seen enough..

Can anyone hate this crazy warrior?

Nate Diaz has introduced his own division it seems.

and ‘The Diamond’ Dustin Poirier will share the octagon in the monumental clash.

Ariel Helwani reacted to the shakedown of the UFC divisions.

Nate and Dustin: that’s it, we’re fighting for the 165-pound belt at MSG and that’s all there is to it.

And, that’s a wrap for now.