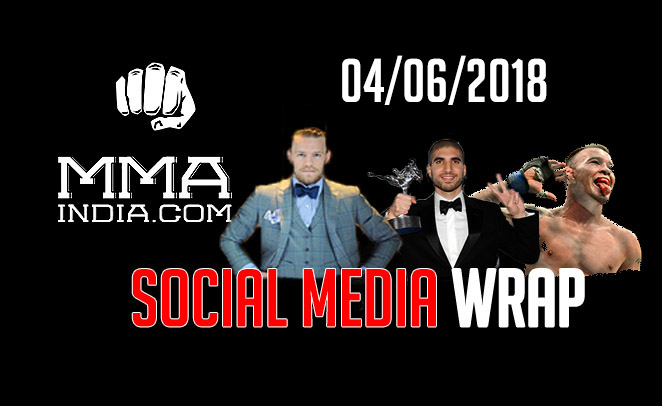 Here is a round-up of the happenings in the matrix, these past few days. 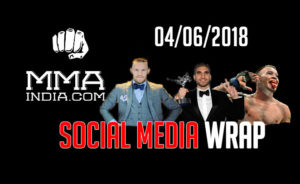 Conor Mcgregor recently posted a picture of himself with his BJJ team on Instagram and a fan of his from Tennessee, took time to show his admiration for him and called him a motivation.

Conor though out of the blue, went on a blithering rant on Whisky.

“Thank you for this message. I recognize and respect Tennessee as solid whiskey distillers. Your methods of aging whiskey over 2 years, and in charred brand new barrels however, is a crime where I come from. Using corn, rye or wheat over grain is another conversation altogether . However, forgetting your choice of ingredients, whatever they are, you must let those ingredients age sufficiently. Allow the ingredients the correct time to age and allow them to age in barrels as old as Whiskey itself. They deserve time to reach their maximum flavor potential. We do not even know what American whiskey truly tastes like, because to gage a correct and fair opinion of it, it needs to be given the correct and fair time to age.Thank you for this message however, I appreciate it and it motivates me to continue. I respect your state, and your land, and I will be in Tennessee in the very near future. Along with all of the other major states of the United States of America. I will be there with my own Irish made Whiskey for you all. I look forward to engaging more in this debate and introducing you to my master creation.”

Time will tell whether his upcoming whisky line ‘Notorious‘ will be a ‘master creation‘, but one thing is for sure, that he is a master promoter.

Remember when Matt Brown called out rapper Snoop Dogg and said he might punch him, if he met him? Well, Snoop Dogg might have taken the challenge a bit serious.

Doggy dogg posted a video of himself sparring. He was visibly winning the exchanges in the small clip.

Carla Esparza has a date with Claudia Gadelha at UFC 225, but that doesn’t stop her from having a cheat day.

She posted a picture of her last cheat meal.

Thats a lot of calories for a strawweight!

Mike Perry and Emil Meek have something brewing.

Wtf is wrong with you

Allot of things 😭 maybe love will turn around and bring us back together! Win your next man 😍🔥💥 I’m rooting for you!

We are probably lost in translation here.

RDA takes the mickey out of Colby Covington

Colby Covington has promised to confront commentator Joe Rogan for his comments against him at UFC 225. However, his opponent Rafael Dos Anjos calls his bluff with a funny picture.

If ya didn’t know, the joke is referenced from a SJW’s video below.

The Diamond has a message for Eddie Alvarez

Dustin Poirier gets straight to the point.

But you didn’t tag him in this tweet though. pic.twitter.com/Qt3HU18yDS

Jon Jones is still a champion in his mind

Jon Jones has a lot of time on his hands to contemplate, and shared some of his reflections on Twitter.

Thanks brother, yeah I know I don’t need to hold that belt to be the champion. Sure the whole top five knows that too https://t.co/6UfzdcX0Nr

and in a since deleted tweet, he went metaphysical.

DC promises to strike with Stipe

Back in the physical world, long time rival, Daniel Cormier seems to be getting better and better.

DC will challenge Stipe Miocic for the Heavyweight title at UFC 226, and he has a warning for the champion.

They look like a lovely family. Congratulations to the Swanson family!

Thats a wrap for now.

Previous articleWWE: Tazz reveals who he thinks could be the next NXT Champion
Next articleBoxing: Vijender Singh to fight Lee Markham on July 13 at York Hall