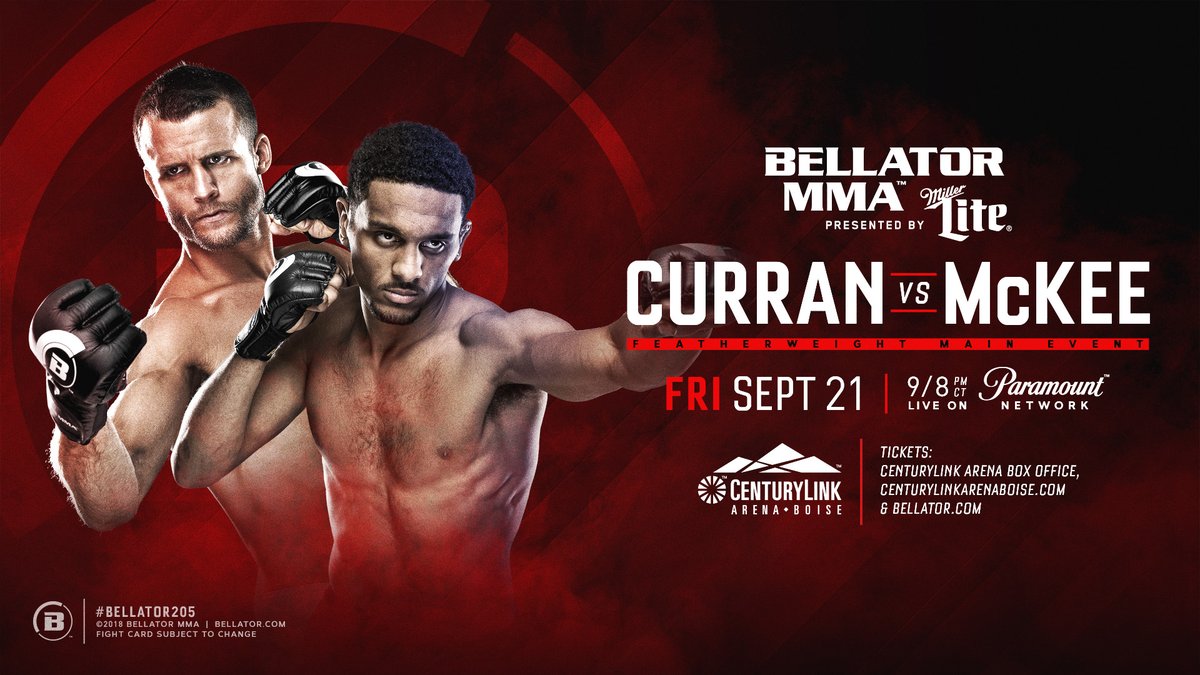 Bellator will make its return to the CenturyLink Arena in Boise, Idaho on Friday, Sept. 21, as former two-time featherweight world champ Pat Curran (23-7) squares off against undefeated A.J. McKee (11-0) in the main event.

McKee is among the top prospects in all of the mixed martial arts, regardless of weight class or promotion. The 23-year-old improved to 11-0 as a professional in April when he picked up a unanimous decision victory over Justin Lawrence at Bellator 197. 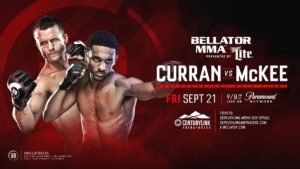 Curran (23-7) is currently on a three-fight win streak, though he has fought just three times since February 2015. Those victories have all been unanimous decisions against John Teixeira, Georgi Karakhanyan, and Emanuel Sanchez.

The promotion also announced middleweights Rafael Lovato Jr. (8-0) and John Salter (15-3) are set to compete in the co-main event, a tilt that could possibly determine the next 185-pound title challenger.

Former two-time featherweight champion @PatCurranMMA returns to the cage to take on undefeated @AJMcKeeJr September 21st at @centurylinkboi in Boise!

A matchup that was scheduled to happen at Bellator 198 in April, Lovato Jr. now has his opportunity to show everyone that he belongs as the rightful No. 1 contender at middleweight against his toughest opponent to date.