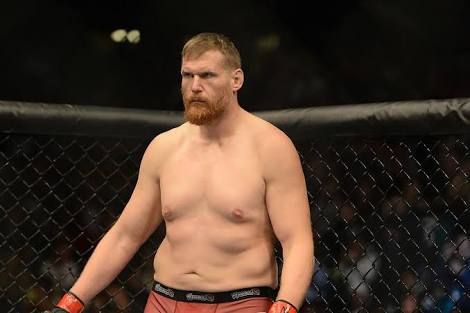 Former UFC heavyweight champion Josh ‘The Warmaster’ Barnett is testing free agency as recently in June, he requested to be released from the UFC because he doesn’t trust United States Anti-Doping Agency (USADA), as he was suspended due to a failed drug test which was result of a contaminated supplement.

However, the 40 year old isn’t slacking off on training. Here he could be seen pulling out a sleek pro wrestling move on the UFC Hall of Famer Kazushi ‘The Gracie Killer’ Sakuraba. (via Twitter):

Sakuraba showed some resistance in a friendly manner and had Barnett in an armbar position. Barnett however defended the arm bar and had Sakuraba in an arm triangle before tapping him out to a kimura.

Barnett definitely knows a thing or two about pro wrestling as he did some of it back in 2003. Barnett began he pro wrestling career in New Japan Pro-wrestling. He then competed in the Inoke Genome Federation back in 2007.

Barnett  hasn’t signed for any MMA federation yet but hardcore MMA fans would certainly like to see him back in action.