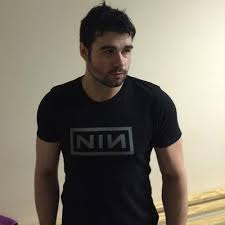 MMA Journalist Iain Kidd, 30, and Fillip Hannisdal, 31, were busted when the police were informed that lewd photos of kids were being distributed.

A search warrant was issued for the house in Hillington where the two men lived with Kidd’s parents. PC equipment and all kinds of storage devices were taken.

Regardless of their violations, the men were given community-based disposals at Glasgow Sheriff Court a week ago to concentrate on their rehabilitation.

Following the decision of the case, a representative from the National Society for the Prevention of Cruelty to Children (NSPCC) Scotland, stated-

“The production and distribution of images of child abuse is a global criminal industry which must be stopped in its tracks.

Behind every image is a real child suffering appalling abuse and the actions of these men have only fuelled the demand for this sickening material to be produced.

NSPCC Scotland works in schools and in the community to prevent abuse and is campaigning for internet companies to do far more to prevent vile abuse images from being produced in the first place.”

“Mr. Kidd is scared of going through a moment in guardianship. He is exceptionally frightful of that.”

Kidd has mentioned that he recognizes the gravity of his crime. Social media handles of Kidd were deleted as soon as the news broke out.