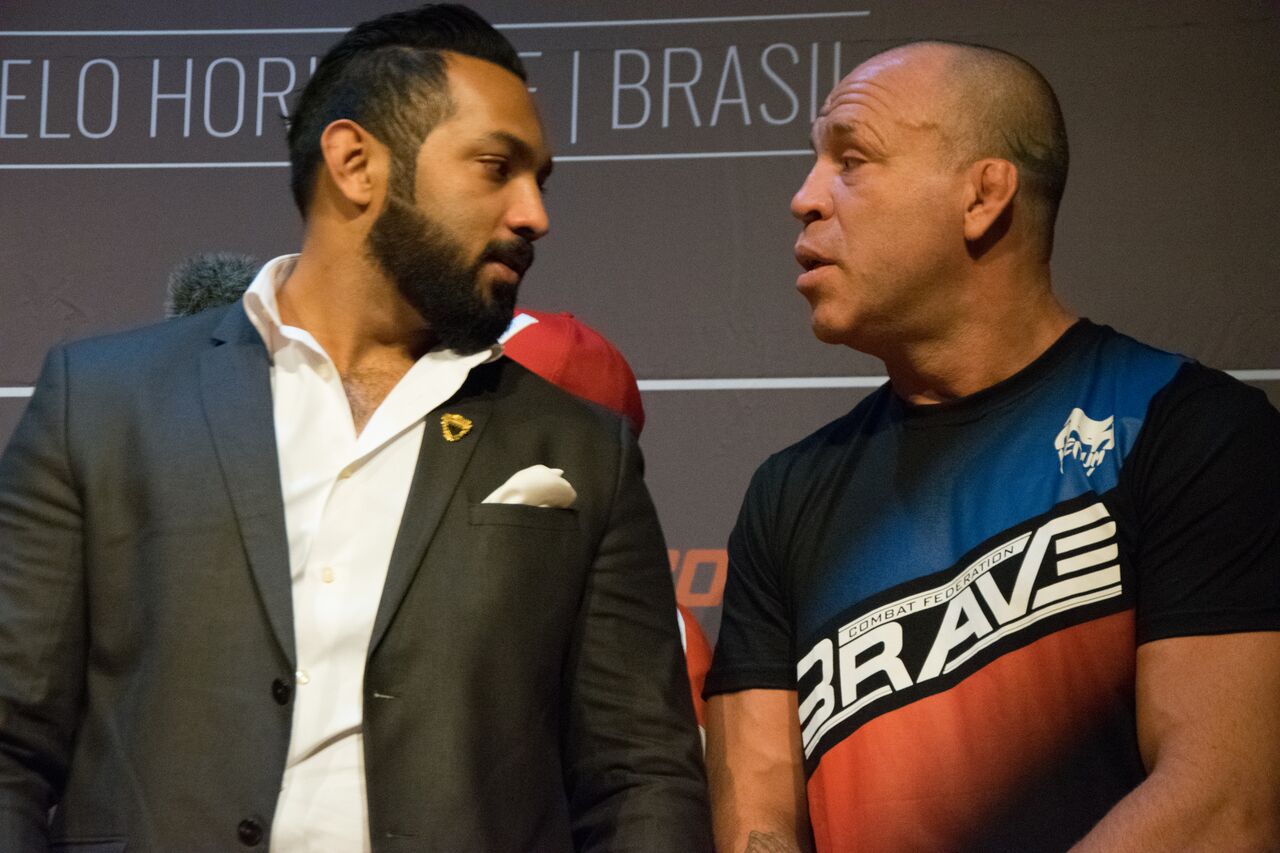 After Bertrand Amoussou, president of the French MMA sanctioning body, compared Brave Combat Federation to Pride Fighting Championships, other Pride fighters chimed in the discussion, agreeing with the French pioneer on the matter. Former Pride champion and MMA legend Wanderlei Silva recently said that the focus Brave gives to fighters is reminiscent of his Pride days.

The iconic fighter became associated with the Bahrain-based promotion after being invited to attend Brave 8 and was honoured in his hometown of Curitiba. And he was impressed with the way the organisation runs.
“Brave doesn’t really rely on wins and losses to measure the value of an athlete. It’s more about who leaves everything inside the cage, those who fight with a lot of heart. If a fighter has a good performance, leaves it all in the cage but doesn’t win, he’ll be back for Brave. That’s what it was like in Japan, and that’s why fighters always gave everything they had there. That’s what’s setting Brave apart from other events nowadays”, claimed Silva.
Another former Pride fighter associated with Brave also voiced his opinion on the comparisons. Cristiano Marcello, head coach of CM System, and former title challenger Luan Santiago’s coach said that the greatest asset for Brave is their bond with fighters and gyms, much like Pride did back in the day.
“Brave has been very good to us, and they’re a partner to the fighters. But not only that, they make sure they have a good relationship with gyms as well. If there are no gyms, there are no fighters. And if there are no fighters they don’t have a show to run. So they nurture good relations all around, which is something that Pride did very well with the big gyms here in Brazil especially”, says Marcello, who’s the only fighter to appear on Pride, UFC, and The Ultimate Fighter.