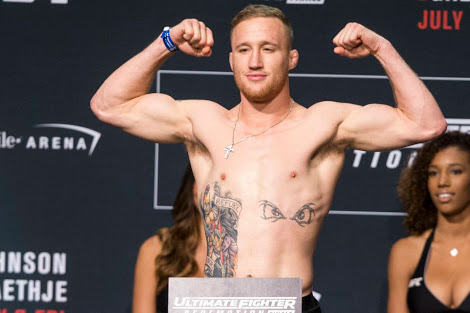 In 2017, MMA didn’t get the service of any of their superstars. The aura of commanding a particular crowd, promoting a fight and backing it up with outstanding performances make huge impacts inevitable.

Jon Jones did make his much anticipated return only to be suspended again, Conor McGregor shifted his focus towards boxing for a while, Brock Lesnar continuing with his WWE contract and Ronda Rousey signed with the WWE. However, missing their service didn’t led to any downfall of phenomenal performances delivered by other fighters.

The World MMA Awards are awards presented by Fighter’s Only magazine to honor exceptional performance in various aspects of MMA. Winners are presented with the Fighters Only silver statuette. The awards will be held on July 3 at the Pearl Theater at the Palms Casino Resort in Las Vegas.

The 2018 World MMA Awards nominees are below:

Upset of the Year
Martin Nguyen vs. Marat Gafurov at ONE Championship 59
Darren Elkins vs. Mirsad Bektic at UFC 209
Brent Primus vs. Michael Chandler at Bellator 180
Rose Namajunas vs. Joanna Jedrzejczyk at UFC 217
Zach Freeman vs. Aaron Pico at Bellator 180