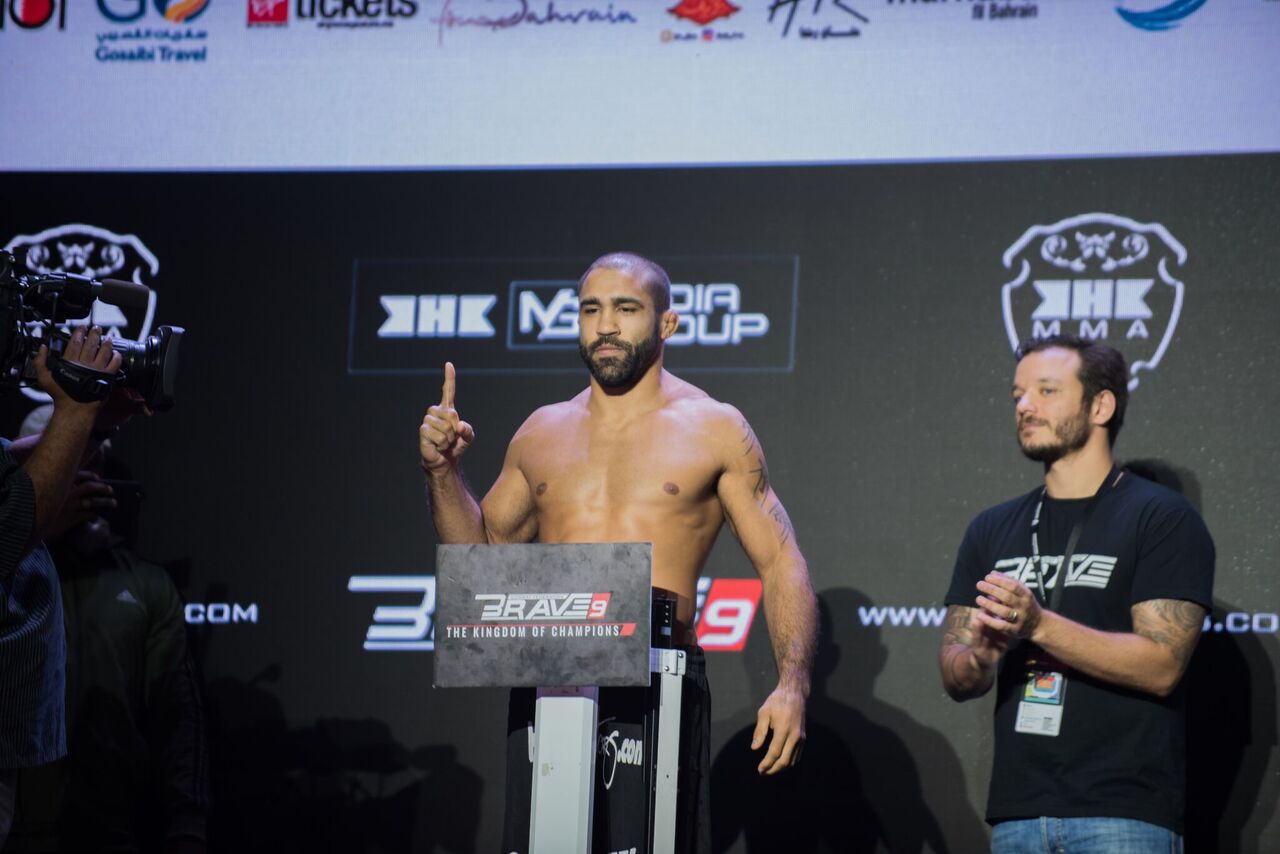 Lightweight veteran Gesias Cavalcante will make his second Brave Combat Federation appearance in a homecoming bout at Brave 11, in Belo Horizonte, on April 13th. In his first-ever professional fight in Brazil, the MMA pioneer will take on Erivan Pereira, promotional officials announced today after an initial report by leading Brazilian website Ag. Fight.
After a hard-fought loss against Alan Omer in his Brave debut back in November of last year, “JZ” will try to bounce back against the dangerous “Negão”, who’S coming off a four-fight win streak and hasn’t lost since March of 2017, in his only professional loss to date. However, the veteran isn’t fazed at his opponent’s credentials.
“I’m very excited to be fighting in Brazil. It’s going to be my first time fighting professionally in my country but I’ve had some amateur bouts there. Unfortunately, I’ll be fighting a fellow Brazilian, but this is part of our work. He’s not my enemy. I’m going to go out there, get the job done and shake his hand afterward. But if he wants to beat me, he’ll have to kill me”, said Gesias, who praised Brave Combat Federation’s push in the MMA market.
“I’ve actually watched my first Brave event live in Brazil, back in August, and I was very impressed with the organization. We negotiated a good deal and I fought in Bahrain, which was great. Now I’ll have a chance of showing my work again, this time in Brazil, with a promotion that’s getting bigger and bigger by the day”.
Brave 11 is set for Belo Horizonte, capital of Minas Gerais, and will mark the third promotional event in Brazil. Back in March of 2017, Brave 3: Battle in Brazil took place in Curitiba, with the city also hosting Brave 8: The Kingdom of Champions, the first time two Brave champions were crowned in the same night.

Previous articleUFC: Artem Lobov reveals that he explored other options as he was not certain about UFC future
Next articleKSW 43: A New Heavyweight Champ Will Be Crowned