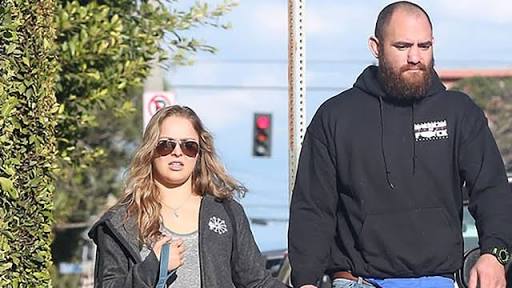 Power Couple Ronda Rousey and Travis Browne were cruising there way towards the top. Rousey had captured the belt and made a streak of consecutive title defenses, whereas Browne was a top 10 heavyweight making his run towards the gold.

However their purple patch ended at the end of 2015, as Rousey lost her bantamweight title to Holly Holm in a vicious manner. This marked the beginning of testing times for the couple. Browne also started losing fights which piled upto a four fight losing streak against former champion Cain Velasquez, Frabricio Werdum, Derrick Lewis and Oleksiy Oliynyk. Meanwhile, Rousey made her much anticipated return at UFC 207 against champ Amanda Nunes on December 31, 2016. Rousey faced a crushing defeat in mere 48 seconds.

However then came a silver lining, as Rousey signed with WWE. Rousey made her WWE debut in April. Even though Rousey had to gravitate towards scripted fighting, the offer stabilized the couple mentally which later led to their marriage in August 2017.

Now that the things are settled, Rousey has a different idea for her future. Rousey took to Instagram saying she alongwith Travis Browne, would like to live “off grid”. (via Instagram):

Living off the grid literally means living without connections to sewer and electrical lines, basically living a minimalist lifestyle.

Both Browne and Rousey haven’t officially announced retirement and neither has UFC released them.

Previous articleAndrea Lee’s fugitive husband may be hiding out in a MMA gym!
Next articleRDA still pissed off at Conor McGregor, gives him no chance against Khabib