MMA Super Cup: Check out the full list of winners 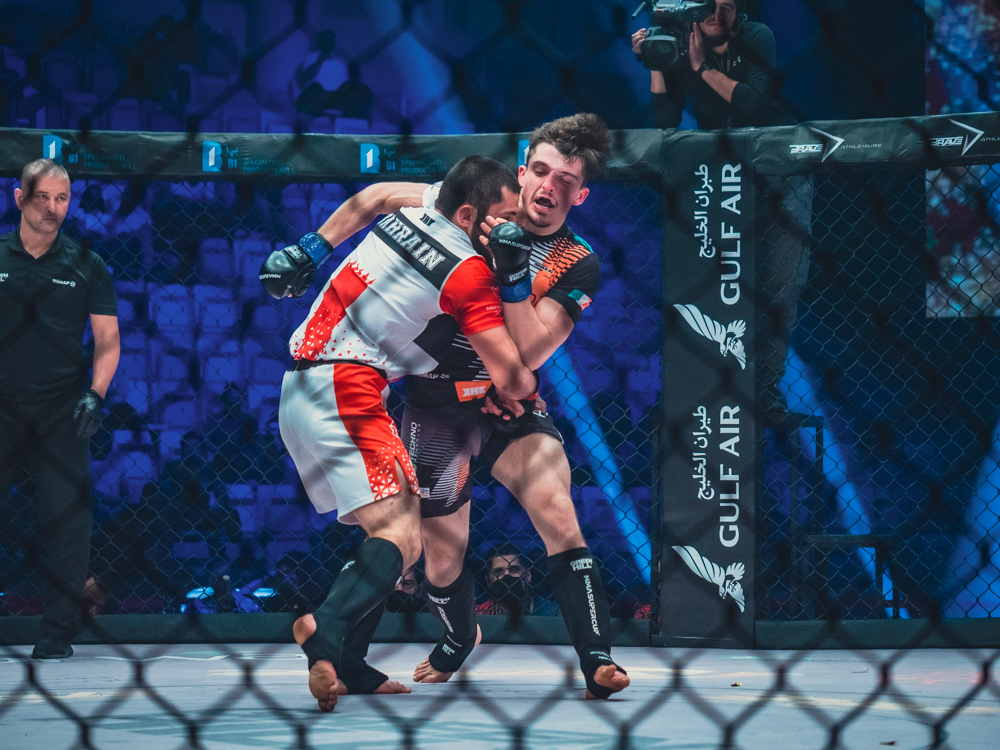 The final day of the MMA Super Cup has concluded in the Kingdom of Bahrain. The action began at 3 pm (UTC+3) local time. The third place match between Mexico and Kazakhstan started the day, followed by the finals between Ireland and Bahrain. See results below.

Team Kazakhstan was already three points in the lead before the first fight took place due to byes. Ayan Tursyn squared off with Violeta Mendoza Corral in the opening bout of the day. Both fighters put on a spectacular back-and-forth fight that went to the wire. Each fighter was confident of victory at the end of the match but it was Tursyn who took the split decision victory.

Zhanibek Tynyshtyk solidified Kazakhstan’s victory confirming the $50k prize money for the federation by dominating Jorge Cobos Marin for three rounds. We got to see the heavyweight fighters from each nation compete for the first time in the final fight of the third place match. Rassul Khatayev made it a clean sweep for Kazakhstan, once again showing how dangerous he is when attacking the legs, this time foot locking Daniel Flores Sartorius in the first round.

In the highly anticipated final, host nation Bahrain took on Ireland. With $100,000 on the line, all was to play for on the last day of competition.

Two Irish athletes had to withdraw, so Ireland began the Day 2 bouts behind Bahrain – a huge hill to climb against the best team in the world.

Sabrina De Sousa (BAH) won the first bout of the day against Kerry Anne Vernon (IRE). She showed once again why she’s the #1 ranked female athlete in the world, finishing Vernon with a rear-naked choke in the first round.

Jordan Bradshaw (IRE) then took on Haj Mohammad Ali (BAH). Bradshaw landed a beautiful headkick, almost finishing the bout. However, Ali survived, then finished Bradshaw via a head-and-arm-triangle. This took the score to 4-0 in favour of Bahrain.

Next up, Lewis Byrne (IRE) attempted to turn the tide against Kurban Idrisov (BAH). In one of the closest matches of the day, Idrisov managed to edge out the unanimous decision, taking the score to 5-0. This clinched the MMA Supercup for Bahrain, along with the $100,000 prize.

Jordan Furey (IRE) was impressive in this competition, finishing both of his previous matches. However, Magomed Isaev (BAH) fought the perfect fight, taking Furey down and finishing him with a rear-naked choke early in the first round.

Then the pound-for-pound #1 ranked Ramazan Gitnov (BAH) faced off against Cameron Clements. Gitnov extended his win streak to 22, and Bahrain’s lead to 7-0, with a TKO win in the second round.

Gadzhi Gadziev (BAH) then finished Dennis Perry (IRE) via TKO in the first round.

And in the final match of the day, Sultan Gapizov (BAH) defeated Gustavo Lopez (IRE) via a unanimous decision, taking the final score to 9-0.

Bahrain finished as dominant winners of the inaugural MMA Supercup. The host nation claimed the $100,000 prize in style, remaining undefeated. Ireland will be disappointed to have lost all of their matches, however, they still take home the handsome second place prize of $75,000.

So concludes the inaugural MMA Super Cup in the Kingdom of Bahrain. Eight teams battled it out for the biggest prize money ever awarded in amateur MMA. Kazakhstan finished 3rd, winning $50,000, Ireland 2nd, winning $75,000, and Bahrain claimed the first place prize of $100,000.