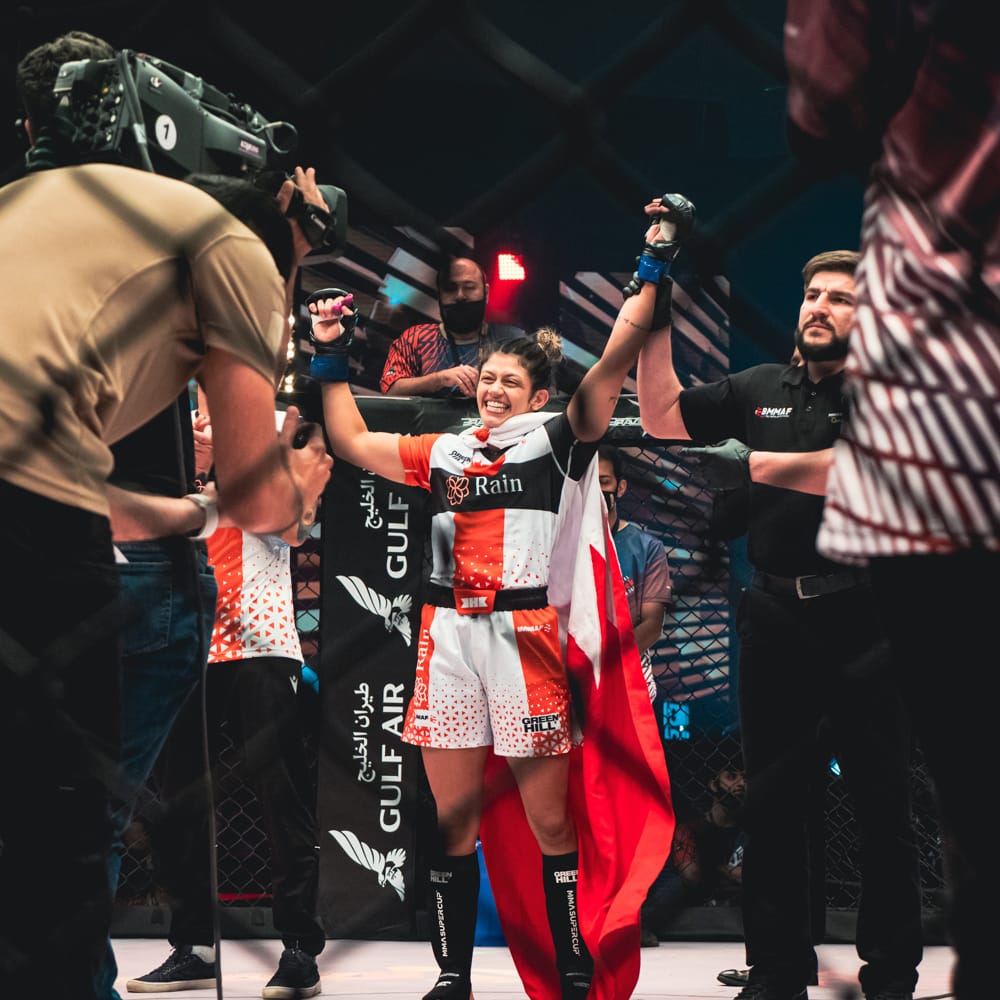 The first day of fights at the MMA SuperCup at BRAVE International Fight Week has concluded in the Kingdom of Bahrain. The action began at 9 am (UTC+3) local time. The quarter-final bouts kickstarted the competition with every team competing for a spot in the semi-finals due to take place today

Ireland faced Team Oceania in the opening quarter-final. The Irish team started the day 1-0 before fights even began, with Kerry Ann Vernon getting a walkover. In the first fight of the day, Ireland’s Eabha Cruise made short work of her opponent, Alisha Burtt, finishing her with a rear-naked choke inside the first round. Ireland were two fights clear heading with three fights remaining, but a strong push from the Oceania fighters saw them level it through Jonas Grace and Auryn Parmley heading into the last fight.

In the Heavyweight clash to decide which team advances, Adnan Larry looked to be on course to victory, dominating most of the round. However, with seconds left on the clock, Gustavo Lopes Borges snatched a leg and got the tap with one second left in the round to send Ireland through. 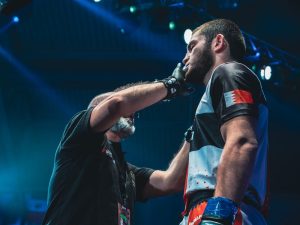 The next quarter final between Mexico and the Arab Champions was not as closely contested. Mexico were a late addition to the tournament and put a team together on short notice. This did not seem to matter as they dominated from the off.

After already starting the quarter-final two wins up due to walkovers, Andrea Guzman added to that, making her Bantamweight debut count, defeating Maha Houimel via TKO/KO in the second round. Momentum was on their side and they made it count, outpointing their way to victory in the next two fights to secure their semi-final spot. With qualification guaranteed, they opted to forfeit their remaining four fights.

With Ayan Tursyn getting a bye in her fight it was an advantage for Kazakhstan from the off. The Balkan Champions were tipped as dark horses heading into the SuperCup but failed to get a single win. Dominant displays in Kazakhstan’s four fights saw them cruise through to the next round.

2021 European Open senior gold medalist Zhanibek Tynyshtyk was spectacular in his fight with Vojo Katanovic. Zhanibek moved seamlessly around the cage throwing a variety of strikes. He mixed in his wrestling ability well to completely shut out any danger.

Host nation Bahrain competed in the curtain closer against an ever tough Tajikistan squad who burst onto the scene in 2021 in impressive fashion. History was made for the Tajikistan team who had female athletes competing for the first time. Both Anisa Karimova and Shohona Ghozoeva fought valiantly but failed to overcome Bahrain’s Aieza Ramos Bertozo and Bianca Basilio.

Basilio is renowned on the BJJ circuit as the “Queen of the mats”. A title the BJJ black belt certainly lived up to, showing her grappling ability by picking up an armbar finish in her amateur MMA debut.

Previous articleMichael Chandler vs Tony Ferguson Fight set for UFC 274
Next articleRobert Whittaker says he is not going down to welterweight, eyes light-heavyweight fights