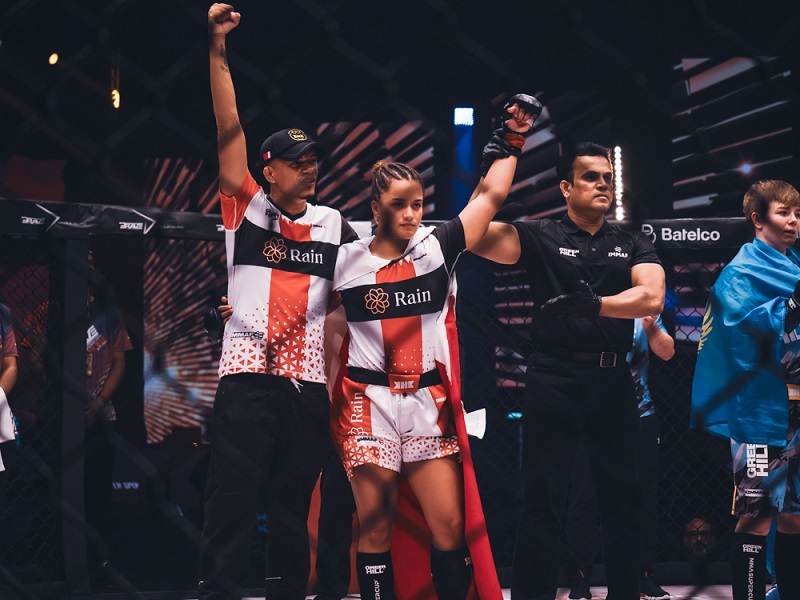 Day two of fights at the MMA Super Cup has concluded in the Kingdom of Bahrain. The action began at 3 pm (UTC+3) local time. The semi-final bouts saw the winners guarantee themselves some of amateur MMA largest prize money.

Ireland faced Mexico in the first semi-final of the day. Mexico got off to an early lead through Violeta Mendoza Corral who showcased some impressive striking in her win. Mexico went 3-1 in the first four fights and it was looking as if Mexico were on route to the final. Kerry Ann Vernon picked up Ireland’s first win of the day scoring a highlight-reel TKO/KO win in her first fight of the competition.

Trailing by two, Lewis Byrne kicked off Ireland’s resurgence. Welterweight fighter Jordan Furey built on that by adding another finish to his record to level things. In the final push, Conor McCarthy stepped up to Middleweight for the first time and outpointed his opponent to give Ireland the lead.

Denis Perry solidified Ireland’s spot in the final with a fight to spare, bouncing back from a loss yesterday. His Americana submission completed Ireland’s comeback following a nervy start. Mexico will still have the opportunity to leave with some prize money as they compete in the third-place playoff on Saturday.

Host nation Bahrain faced stiff opposition for the second day in a row, this time in the form of a Kazakhstan team that went undefeated in the quarter-finals. Bahrain took an early lead through two consecutive armbar victories through Aieza Ramos Bertozo and Sabrina De Sousa, the former upsetting IMMAF standout Ayan Tursyn.

Kazakhstan had a bye in the men’s Bantamweight division before winning their next two fights. This included a Neimat Assadov split decision win over 2021 IMMAF Lightweight World Champions Kurban Idrisov to put them in the lead. Ramazan Gitinov eased some of the pressure on Bahrain soon after, out-grappling his opponent before locking in a rear-naked choke in the second round to extend his incredible winning streak to 21.

Sultan Omarov and Gadzhi Gadzhiev sealed the two all-important victories for Bahrain to send them through to the final with a fight to spare. Ghadzhiev found himself in some tough spots against a tough Alik Domnich but overcame adversity to take home a split decision victory.

Saturday will see Ireland face-off against Bahrain in the final, where the winning team takes home $100,000 and the MMA Super Cup, while the second placing team will receive $75,000. Mexico and Kazakhstan will battle it out in the bronze medal match with the winner taking home $50,000. The prize money is intended for sport development within the winning nations.

The MMA Super Cup is available for subscribers to watch live at immaf.tv as eight nations teams have been battling it out to determine who is the greatest in amateur MMA. The event streams live on 9, 10 and 12 March at immaf.tv.

Previous articleRobert Whittaker vs Marvin Vettori Fight targeted for UFC 275
Next articleVIDEO: MMA Referee gets KNOCKED OUT mid-fight – and then continues