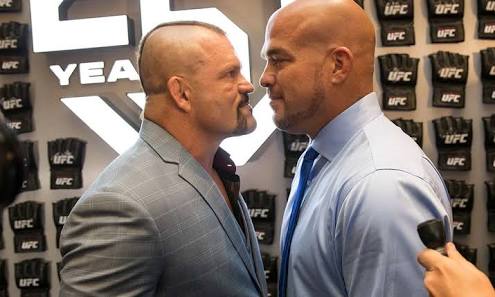 Earlier this month, it was revealed to the MMA community that they would enjoy a ‘blast from the past’ and get to see one of the most intense rivalries reignited again as former UFC light heavyweight champion Chuck ‘The Iceman’ Liddell is set to take on another former UFC light heavyweight champion Tito ‘The Huntington Beach Bad Boy’ Ortiz on November 24 under former boxer Oscar De La Hoya’s Golden Boy Promotions banner.

However, for the more smoother functioning of the fight and to avoid any sort of controversies, the California State Athletic Commission (CSAC) has decided to bring in a drug-testing program.

CSAC executive officer Andy Foster told MMA Fighting samples have already been collected from Liddell and Ortiz and more will be requested before the bout.

“Just like there should be drug testing for any high-profile fight, there will be for this one,” Foster said. “Chuck Liddell hasn’t fought in some time and hasn’t been part of any drug-testing program recently, as far as I know. We want to make sure the fans are getting a clean, fair contest.”

Liddell has not fought since 2010. However, Ortiz has been fairly active under the Bellator banner defeating former two-time UFC middleweight title challenger Chael Sonnen in January last year. Ortiz and Liddell faced each twice in the past at UFC 47 and UFC 66 respectively wherein Liddell was able to finish Ortiz in both the fights.

Chuck Liddell and Tito Ortiz square off during the UFC Hall of Fame ceremony.

Previous articleOne beast to another : Paulo Costa waiting for Yoel Romero to show up
Next articleWWE/UFC: Ronda Rousey vs. Cris Cyborg……at WWE Wrestlemania 35?!