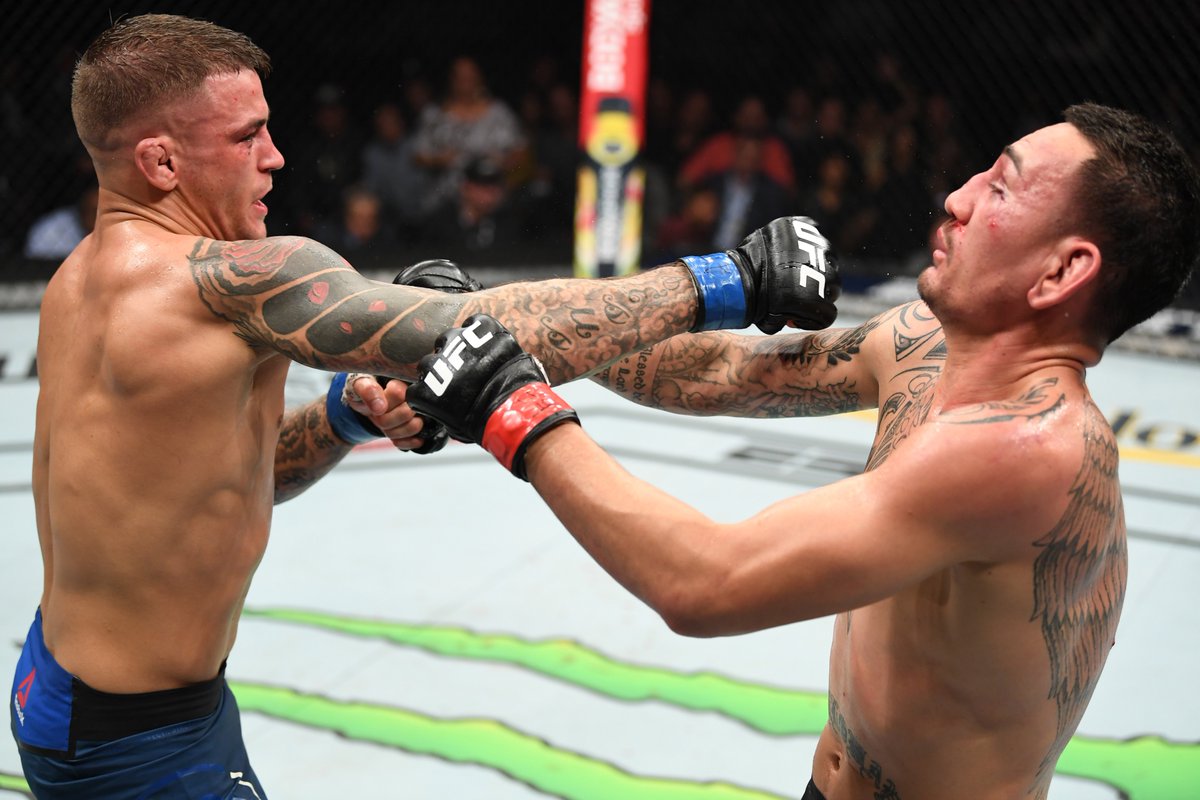 In an amazing five rounds of war, UFC featherweight champion Max Holloway moved up in weight class to face top lightweight contender Dustin Poirier at the State Farm Arena in Atlanta, Georgia. The fight was the main event at UFC 236.

Dustin Poirier beat Holloway via unanimous decision (49-46, 49-46, 49-46) to capture the interim lightweight title. Going into the fight Poirier was the heavy underdog, but he proved the bookies wrong in the 25-minute war. 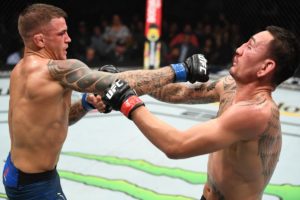 This was Max Holloway’s first loss in nearly 2065 days. He was on a 13 fight winning streak. Poirier will probably challenge UFC lightweight champion Khabib Nurmagomedov next.

Amazing main event fights. How fighting should be!
Max you are insanely tough!
Please rest up now young Uce, you are a warrior head to toe!
A champion FOREVER.
Congratulations Dustin on a much deserved UFC title to your career.
It is Nate next for you like previously scheduled.

I don’t agree with the judges 49:46, I got a draw, my respect to both fighters, and Porier’s achievement so far cannot be denied, my congratulations Dustin, see you in September. 🦅 vs 💎

Max Holloway is a fucking gangster. He was genuinely, badly hurt two or three times there, and he stood up and starting taunting Poirier each time. He's taking more damage than he has ever taken, but he's getting Dustin to gas himself out

Max Holloway's 13-fight win streak is snapped. It was the longest active UFC win streak and tied for the 2nd-longest win streak in UFC history.

"My best friend DC over here in the front. If he want it, he can get it." – Max Holloway out here to fight everybody. #UFC236

That’s the right call, in my eyes. Dustin Poirier did enough to win. And you’ve got to feel good for him after all he went through to get it.

The wife wants to see Fightville after that @DustinPoirier performance. That fight had her shadowboxing between rounds and wanting to see an #MMA documentary. Wow. #UFC236

So happy for @DustinPoirier for that incredible performance and for becoming the belt! Congratulations 🍾 🎉 job well done!

Poirier: In the third, I felt the fight slipping away. I said fuck it, of I’m gonna go out, you gotta put me all the way out. #UFC236

If Poirier/Holloway/Adesanya/Gastelum aren't EACH making multi MILLIONS from tonight's fights, then it's a crime. F six-figure deals. These guys deserve to be paid.

48-47 Holloway is justifiable. Poirier took some elbows and hammerfists while failing to get those takedowns at the end.