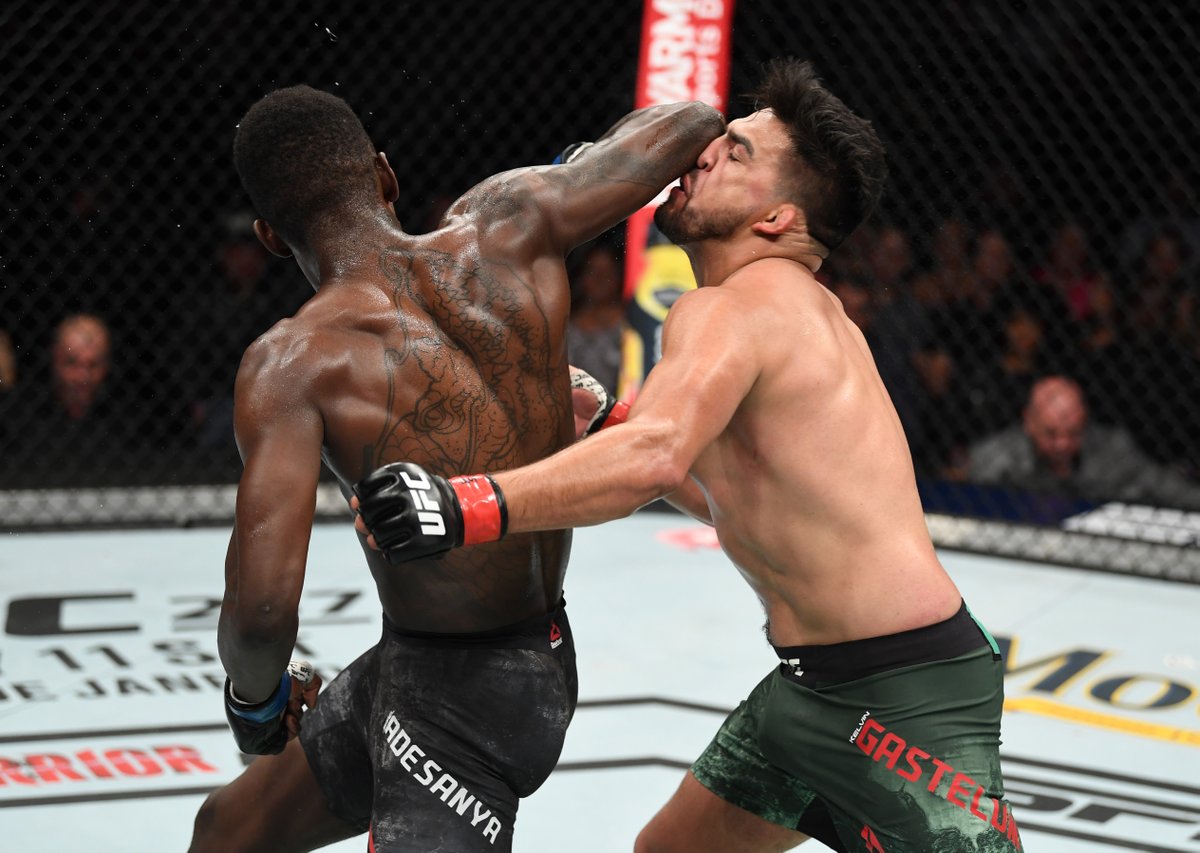 In an entertaining five round of war, New Zealand based Israel Adesanya beat Kelvin Gastelum to become UFC interim middleweight title. He won the fight via unanimous decision (48-46, 48-46, 48-46) at the State Farm Arena in Atlanta, Georgia. 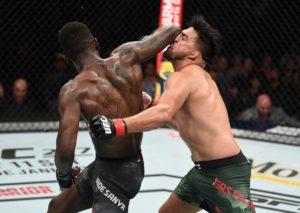 The fight was an all-time classic and fans were on their feet after the ended of five rounds and applauded the efforts of both the fighters.

Here is how Twitter reacted to the amazing slugfest between Israel Adesanya and Kelvin Gastelum.

I think @KelvinGastelum will knock him out R2

@stylebender ain’t got shit on @KelvinGastelum

Kelvin needs (IMHO) to at least put the thought of a TD/grapple exchange or kick in Israel's head; it'll make his striking even more effective. #UFC236

MMA at its absolute finest. Hats off to Israel Adesanya and Kelvin Gastelum. Complete madness.

FIGHT OF THE FREAKING YEAR!!! Take a bow Kelvin Gastelum and Israel Adesanya. That was one of the best fights I've ever seen. Take a bow gentlemen. #UFC236

Of course, Israel Adesanya enters the Octagon to some Nipsey Hussle. "Victory Lap" is incredibly appropriate for this situation. #UFC236

Think about what you’ve done in the last 14 months, then remember Israel Adesanya went from UFC debut to (interim) champ. #UFC236

No matter how he performs tonight, Israel Adesanya has locked up best walkout track, coming out to Victory Lap by Nipsey Hussle, in the present context, even topping Eryk Anders' ATLiens by Outkast.