Mohammad Shahid Driven to Provide MMA In India the Much Needed International Platform, Shares Exciting Plans Are In Store 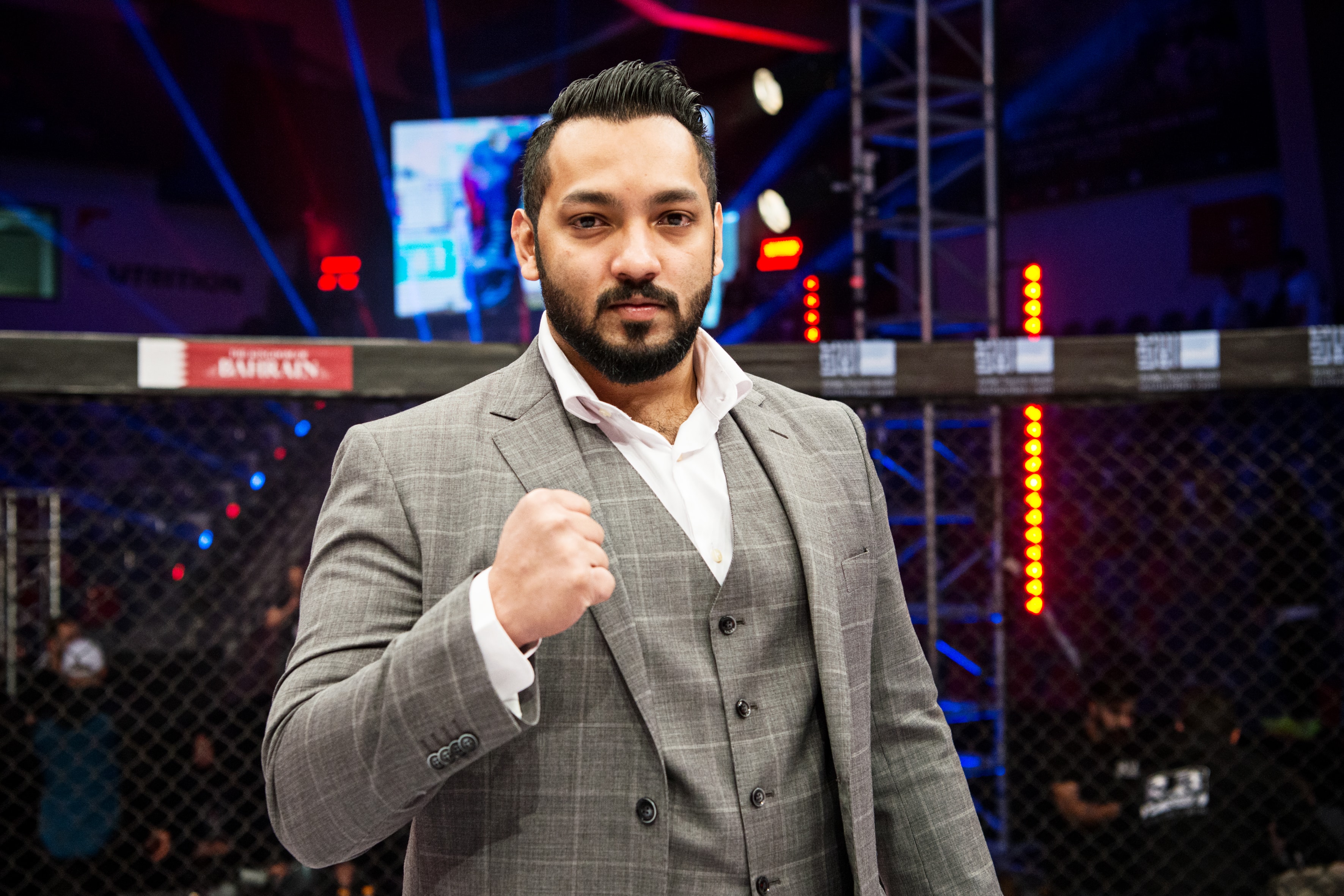 BRAVE CF has committed itself to grow the sport of mixed martial arts not only in middle east but the entire world. This is evident in their quest to lead the MMA revolution by entering unknown territories where even the bravest promotions are yet to mark their presence. With a vision to create a global sports media property which would unite nations through the celebration of competition and turn athletes into champions; BRAVE CF held it’s first event back in 2016 and since then set milestone events in seventeen countries. Jordan, Mexico, Kazakhstan, Romania, India, Morocco, Colombia, Pakistan, South Africa, Saudi Arabia, Philippines, United Kingdom, Abu Dhabi, Brazil, UAE, Indonesia and Northern Ireland have all embraced BRAVE CF wholeheartedly for their highly professional events that feature local talent, sensational match ups and global champions.

BRAVE CF is truly the fastest growing platform for fighters to realize their true potential and fulfill their dreams. With their first show back in 2018 a huge success, BRAVE CF is now back in Hyderabad, India for the second time for their 30th event. BRAVE CF 30 boasts nine Indian fighters and a championship match up in the main event where Stephen Loman looks to defend his bantamweight title for the fourth consecutive time.

Speaking during the press conference, Akbar Rasheed, BRAVE CF India CEO said ‘Bringing BRAVE CF to India has been a dream and so far we’ve been having an amazing run. The future holds so many more things for us and with all the support of His Highness Shaik Khalid and Shahid’s vision that we’re just trying to blueprint and copy that in India by adding our spices to it. India has got so much to offer to the world and we’re happy to give them a great platform and see what all we can do here’.

With India being a promising land to foster the local MMA talent, grow the sport and set a strong foothold for the promotion, Mohammad Shahid (President BRAVE CF) has some exciting plans in store. It includes not only focusing on just one aspect of the sport which is hosting blockbuster events, but focusing on the big industry of mixed martial arts itself.

The vision of His Highness Shaik Khalid was always about how do we change the sport of mixed martial arts from an event business into sports business. Events don’t make the sport. You end up in the events business and its going to consume you and it’s always going to be about which event is bigger, who sold most tickets.

When asked about why is BRAVE CF the fastest growing MMA promotion in Asia, Shahid said

That’s because what we do for the continent of Asia and what we do for the platform of athletes in the world. When we come to a country, we work closely with the national federation and empowering them. We focus on the grass root development program which is the federation itself. We also make sure to provide the much needed platform for the athletes to showcase their potential.

Speaking on the IMMAF | WMMAA World Amateur MMA Championships which  was held in Manama from 11 to 16 Nov, as part of BRAVE International Combat Week Shahid said

Last week we had largest mixed martial arts event in the whole wide Asia. We had fighters from 50+ countries come down to compete and find out who is the best amateur fighter in the world. All this is possible with the help of the national federation with whom we collaborate with and make sure the athletes and media platforms all of us come together to uplift the sport of MMA. In order to empower the athletes, we want to do more events in India, but we also want to do more talent hunt events in India 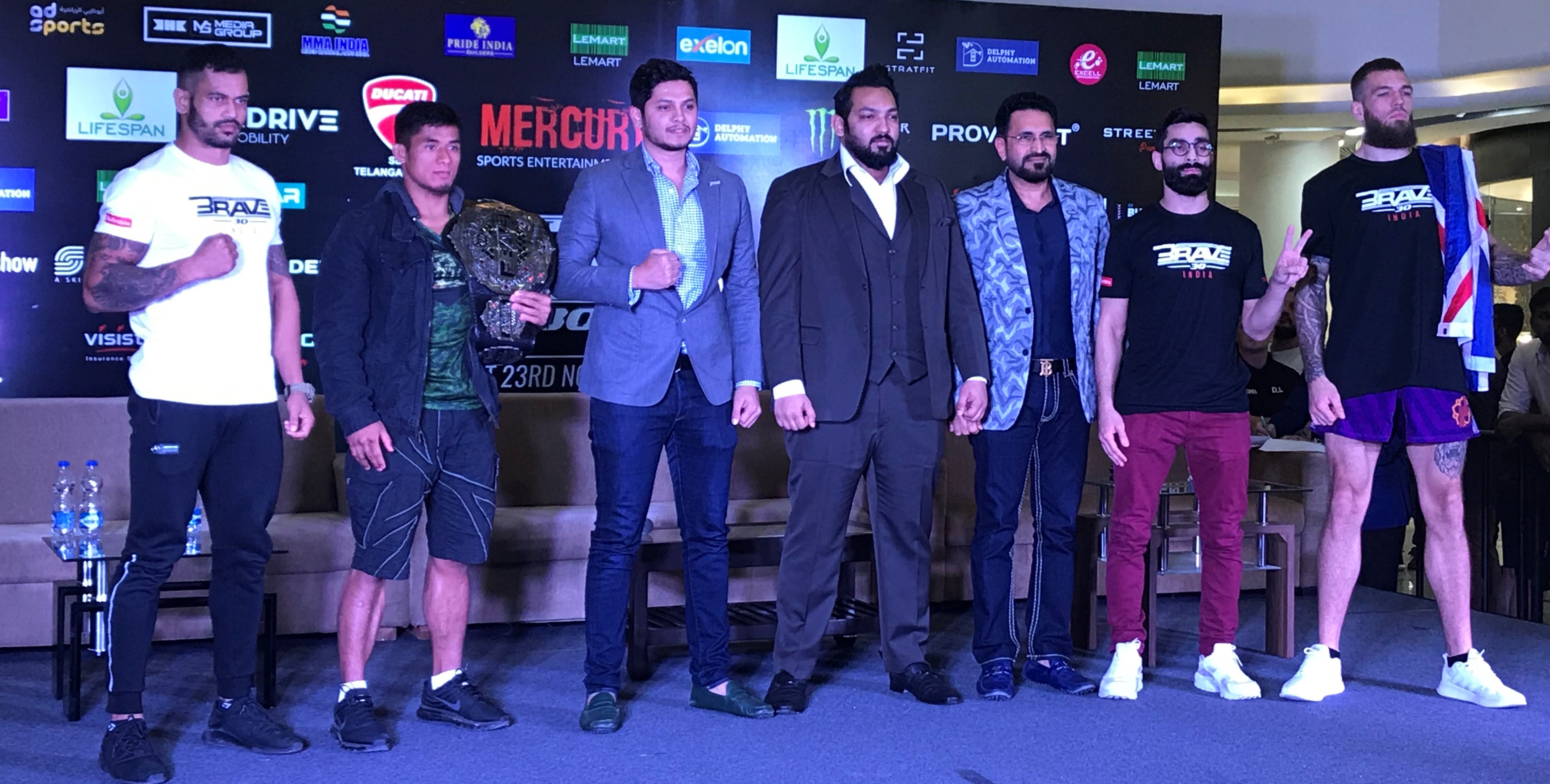 BRAVE CF has a lot in store for India and we’re going to make sure the Indian fighters are well prepared via KHK gyms and with the help of Mercury Sports take these fighters to go out there on international platform. Also, we’re in the works to host television shows with the Brave India Fight League which will be unveiled in the future.

Brave CF 30 is scheduled on 23rd Nov’19 in Hyderabad and will be headlined by the Bantamweight Title fight between Stephen Loman and Louie Sanoudakis.

Previous articleEXCLUSIVE: Maria Ribeiro Happy to Be Back in Hyderabad for Brave CF 30, Expecting to Hold the Championship Belt in Near Future
Next articleCoach: Ben Askren would have been triple champ if he had joined UFC earlier!