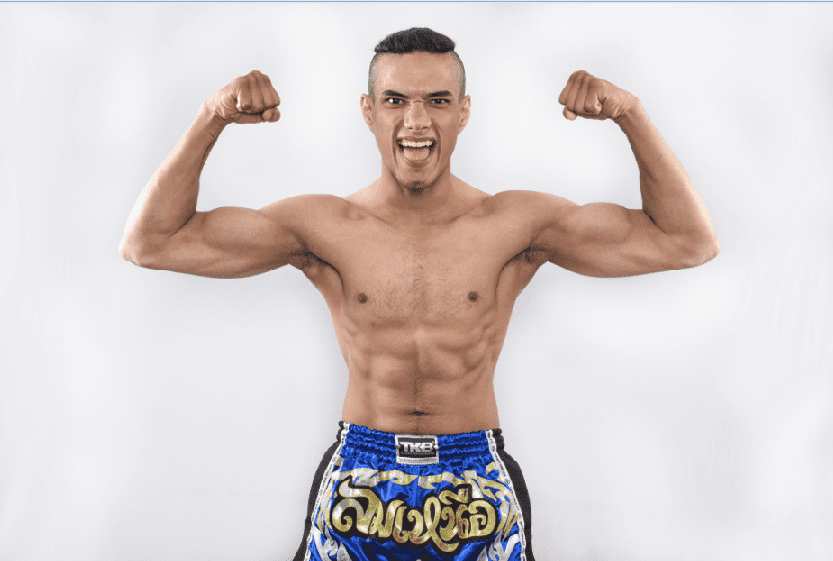 Our Friday Fighter this week is Mohammed Farhad who holds a professional record of 11-3-0 with his last win coming at BRAVE CF 30 against Kushal Vyas. One of the top Indian MMA fighters and has represented the Nation in Bahrain based global MMA promotion, Brave Combat Federation.

In Brave 5: Go for Glory he faced Irfan Khan and stunned the crowd as he earned the fastest knockout in the Brave CF history within 40 seconds. He possesses lightning-quick hands and has decent knock-out power as well. He is a former kick-boxer and has trained with the legendary Gokhan Saki. In Layman’s terms, he has all the tools that make him an instant fan-favourite. Indian Bantamweight sensation Mohd Farhad 🇮🇳 has raised the bar high for Indian MMA fighters 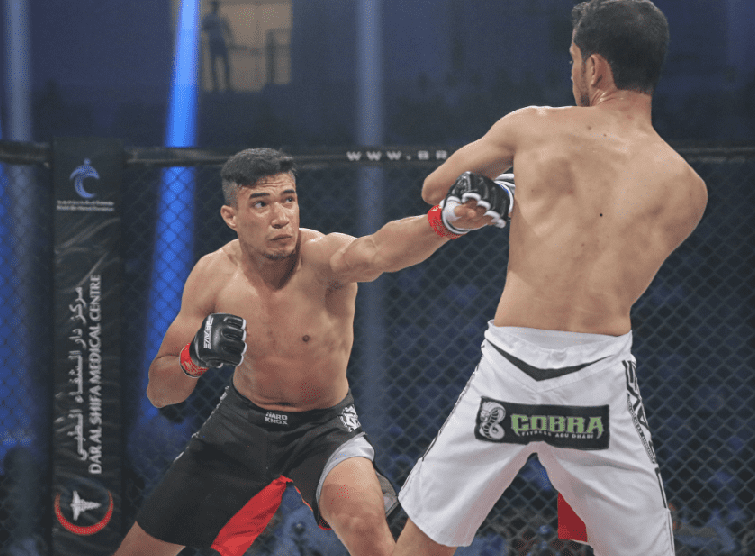 This interesting athlete is not only famous for his life inside the cage, but also in the acting world.

He trains in multiple gyms in India and has his point of view when it comes to MMA in India and Bahrain. His time spent in India was at one point intertwined with the President of Brave CF Mohammad Shahid, who was also a professional fighter. 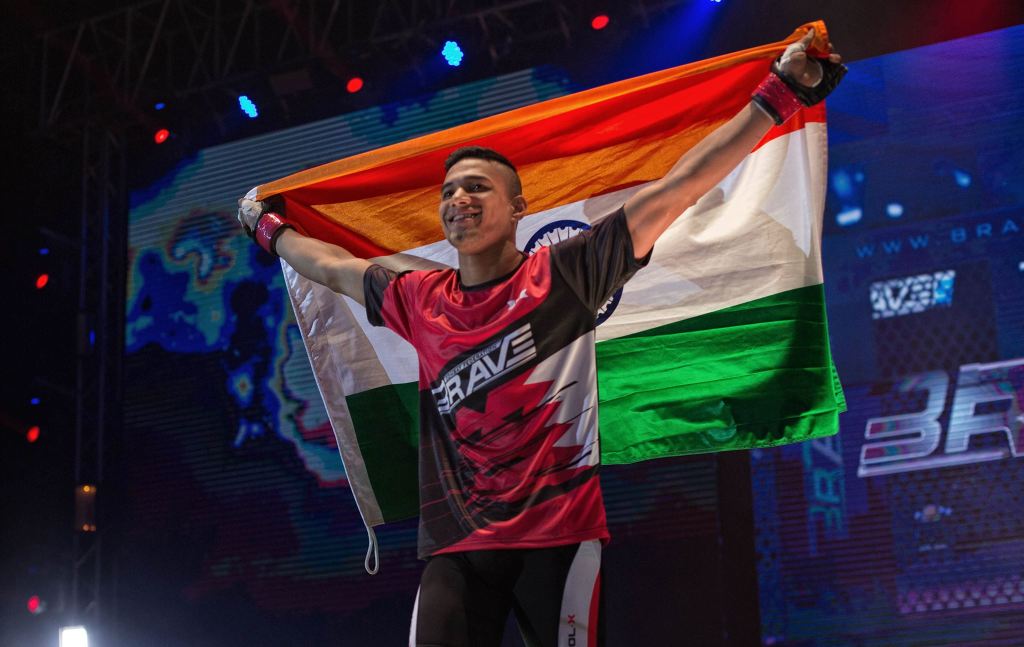 You wouldn’t imagine the vastly different professional fields of MMA and acting to share commonalities, but according to Farhad, they do. Both require time, effort and technical ability. However, he has acted in a role related to that of a martial artist. The fighter loves the cage over his film career. 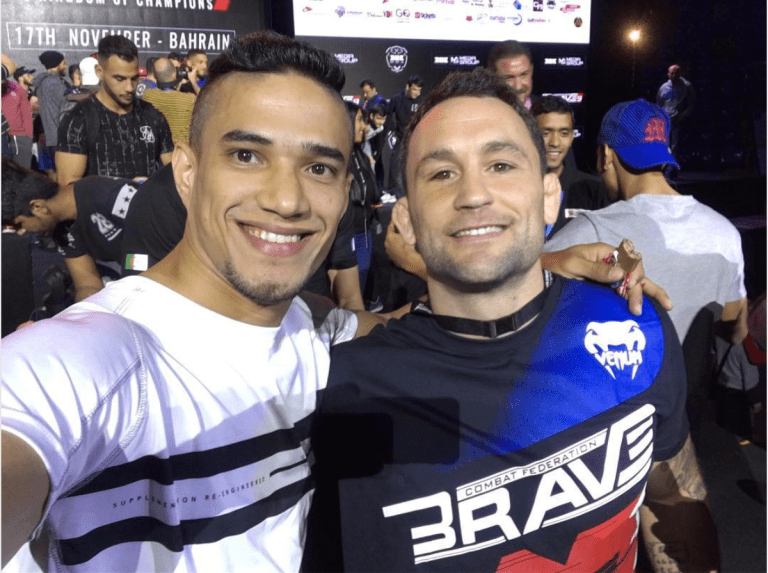 Farhad is a resident of Mumbai who currently resides in Bangalore because of business and training. It has led him to become a part of three different teams. In Mumbai, he has trained with Evolution MMA headed by Jitendra Khare. For the two Brave fights, he was trained by Coach Khare as a part of team Relentless.

When Farhad is in Bangalore, Brave fighter Abdul Muneer is who he trains with for boxing. Muneer is one of the toughest fighters in India who has strong striking skills as well as experience. For grappling, however, he trains in the Institute of Jiu-Jitsu (IJJ) in Bangalore, led by Rohit Vasudevan. 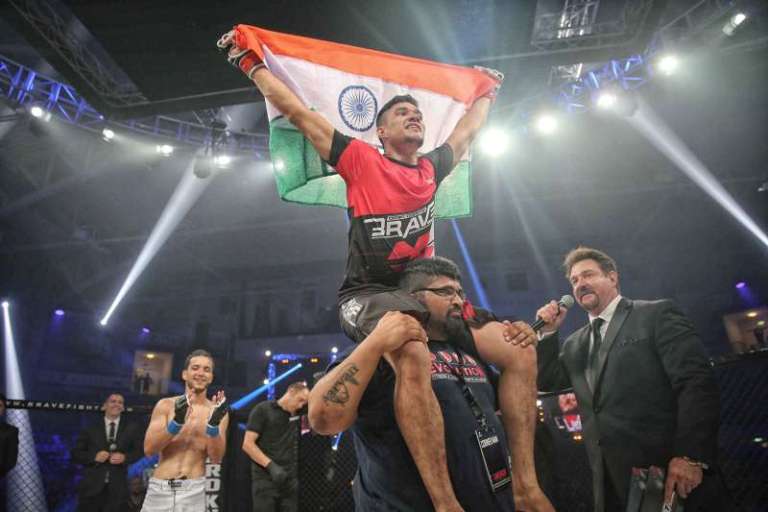 Mohammed Farhad is set to fight Pakistan’s Uloomi Karim at BRAVE CF 47, which will take place on March 11 in Bahrain. 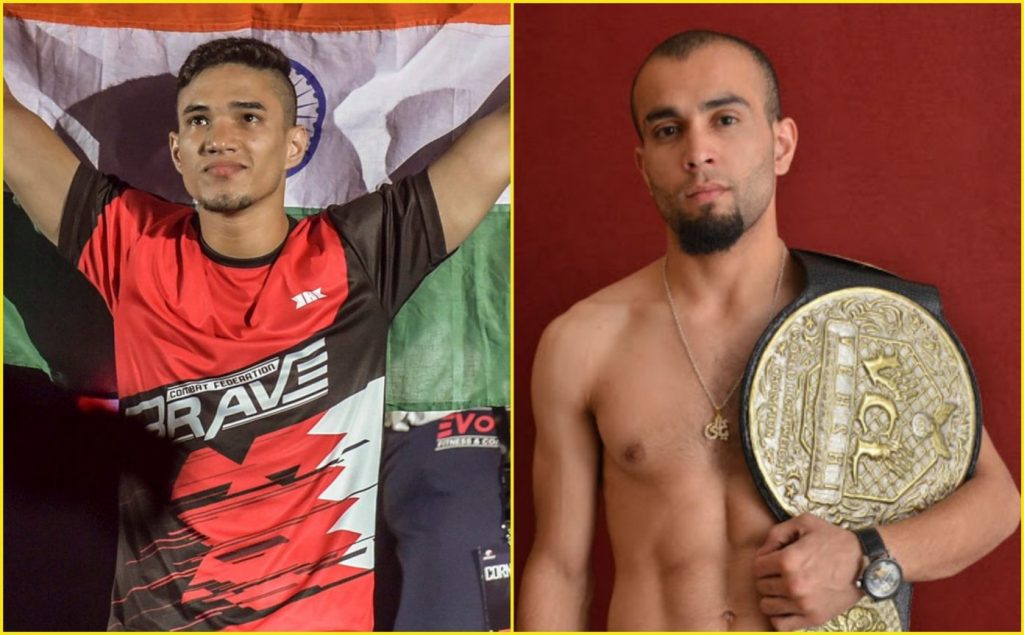 A knockout artist with an extensive striking background, Mohammed Farhad improved his professional record of 12 wins and only three LOSSES. All of his four wins under BRAVE Combat Federation’s banner came by way of knockout or technical knockout

His last fight against Uloomi Karim ended in a brutal fashion. He knocked out his opponent and put him to sleep afater back and forth action

Mohammed Farhad is surely the fighter to watch out for in the future. We are excited to see his journey ahead. The MMA India Show wishes Mohammed Farhad good luck on his future future fights and endeavours

Previous articleVijender Singh joins list of elite boxers to fight on pay-per-view platform
Next articleUFC on ESPN: Brunson vs. Holland