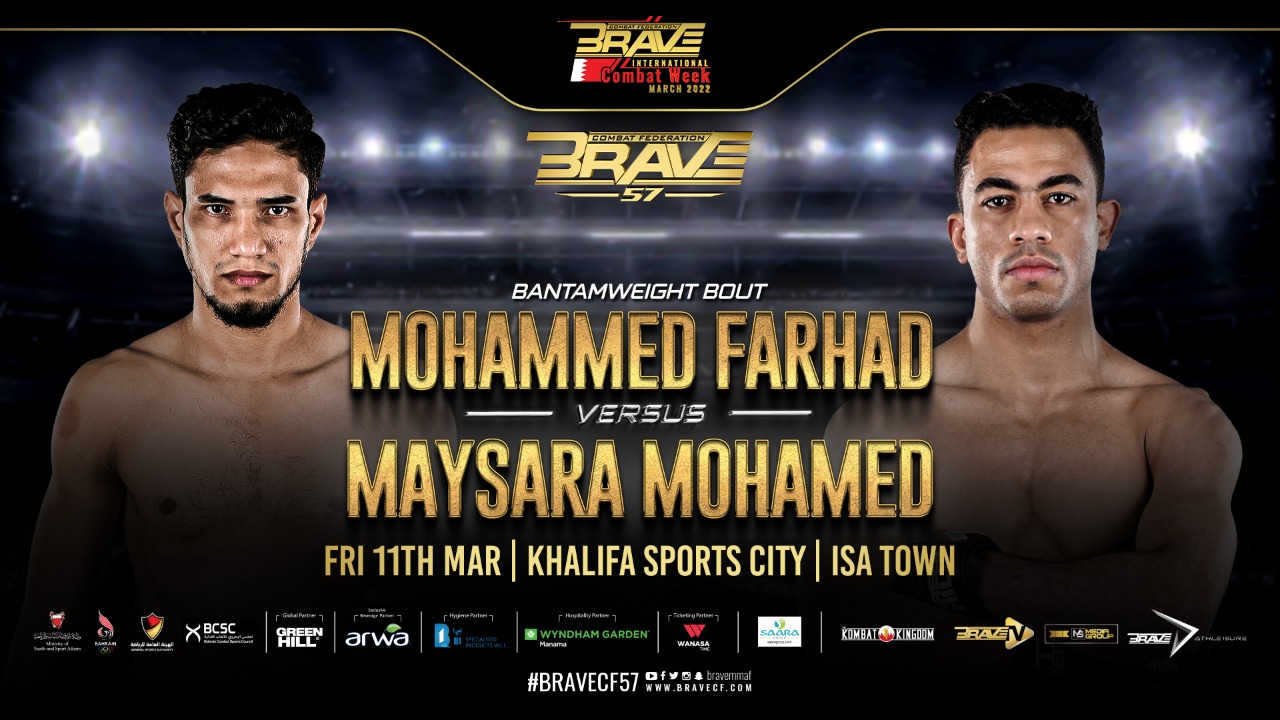 After one of the most brutal knockouts of 2021 in all of mixed martial arts, Mohammed Farhad will be back in action at BRAVE CF 57, on March 11th, as he looks to get one step closer to a title shot at Bantamweight.

‘’Sher-e-Hind’’ will take on undefeated Egyptian standout Maysara Mohamed in the main card of BRAVE CF’s first card of the year.

Mohammed Farhad is coming off a career-changing win as he knocked out Pakistan’s Uloomi Kareem with a KO that went viral and turned him into a star in his native India and beyond.

Currently riding a three-fight win streak, Farhad has spent time training in Dagestan in anticipation for his return and will look to add an important victory which can get him closer to a title shot.

He takes on Maysara Mohamed, who impressed in his only BRAVE CF outing. At BRAVE CF 48, Mohamed dominated Iraq’s Issa Salem en route to a unanimous decision victory, which set up the biggest fight of his life. At 5-0, Maysara will look to earn a huge victory and gatecrash the party at 135-pounds.

BRAVE CF 57 takes place during the BRAVE International Combat Week, which will also feature the MMA Super Cup, the biggest amateur competition, which will oppose the top national federations in the IMMAF rankings, with a total pool prize of over US$200,000 on the line for the top 3 national teams.