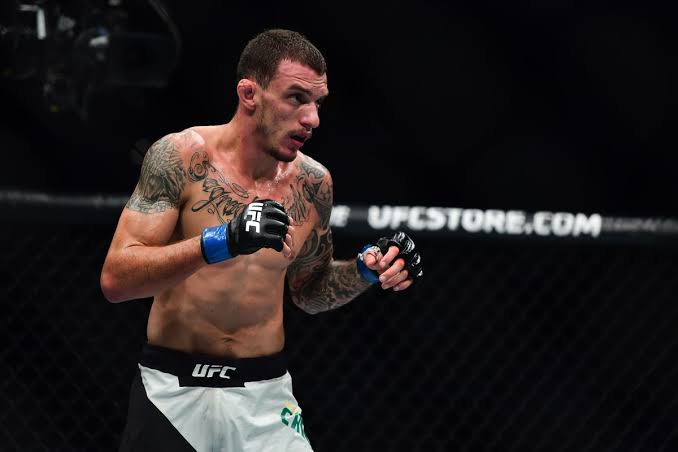 Former two-time featherweight champion Jose Aldo Jr. turned back the clocks in the co-main event of UFC on ESPN+ 2 in Fortaleza, Brazil. 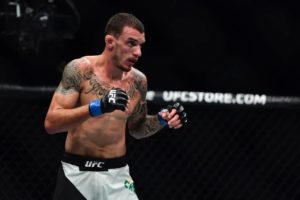 Aldo took on another Brazilian in surging UFC featherweight Renato Moicano. Aldo took the first round just to study Moicano’s ability to maintain distance. In the beginning of the second round however, Aldo found home for a picture perfect left hook which proved to be the beginning of the end. Aldo stormed on Moicano with barrage of punches before the referee stepped in. Aldo proved he still has championship caliber left in him. Moicano however was disappointed with the stoppage. Moicano took to Instagram to express his thoughts about the same. (via Instagram):

“I came here to say I’m alright,” Moicano said in a video (Portuguese-to-English translation by MMA Fighting’s Guilherme Cruz). “The fight was stopped by technical knockout, but in my opinion the referee stopped it a bit early. But it’s okay, life goes on.

“I was doing good, I think I won the first round and came back more active in the second round. I don’t remember the strike, I didn’t see the strike that started that explosion, and I think the referee stopped it a bit early.”

Moicano was still on his feet when Valel stepped in for the save, but Aldo had landed several unanswered strikes by that point. Moicano’s own manager however disagrees. He took to Twitter, to claim the stoppage was a good one. (via Twitter):

Moicano is my guy, and I simply love him to pieces. But he was nit reacting. The ref took the correct action and stopped the fight. Simple as that

“Moicano is my guy, and I simply love him to pieces,” Davis wrote. “But he was [not] reacting. The ref took the correct action and stopped the fight. Simple as that.”

UFC: Demian Maia wants to fight Michael Chiesa next at UFC 237 in Brazil