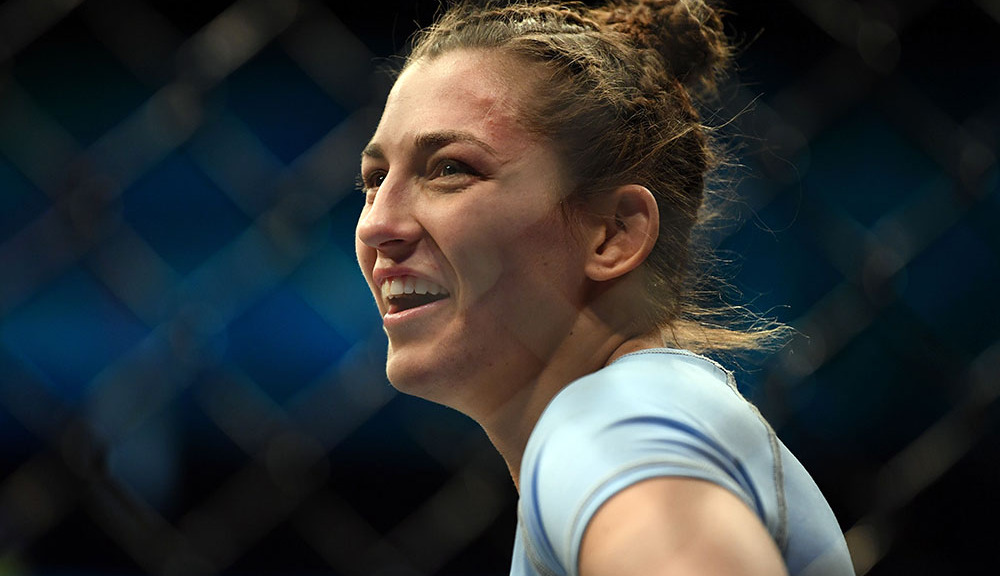 Ben Askren feels his victory at UFC 235 was justified: Choke was sunk in; nowhere for Lawler to go!

UFC strawweight Montana De La Rosa is coming fresh of her win against Australia’s Nadia Kassem at UFC 234. The pair locked horns during their main card flyweight contest at UFC 234, at the Rod Laver Arena in Melbourne, Australia. The initial rounds of the fight began with De La Rosa connecting with almost every strike, beating Kassem into a pulp on the ground. After dominating Kassem on the ground for two and a half rounds, De La Rosa cinched in the arm-bar submission. Her win against Nadia Kassem represents her third straight win in the UFC, with all three wins coming by submission.

During her post-fight interview with MMA Junkie, De La Rosa revealed her future plans in the promotion. With fourteen fights under her belt alongside four back-to-back wins, De La Rosa seems ready to take on the division’s top contenders. At 23 years of age and on the lookout for financial security, De La Rosa expressed an interest to fight Paige Van Zant next. Van Zant has gained immense popularity in recent times, following her win against Rachel Ostovich after a one-year hiatus from the sport. A possible contest against Van Zant would grant her pay-per-view status, building her case for a strawweight title shot against Valentina Shevchenko.