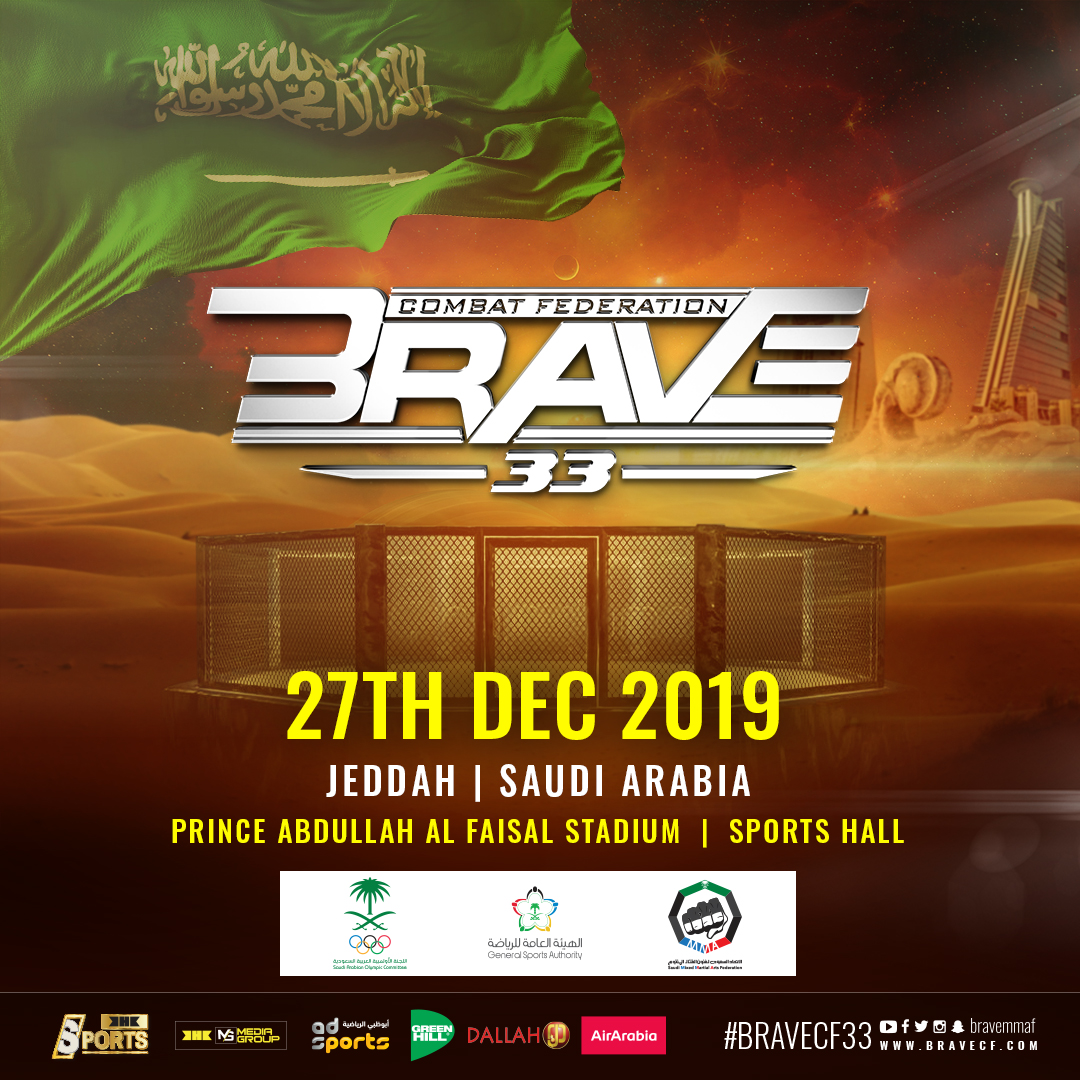 BRAVE Combat Federation will reaffirm its mission of getting mixed martial arts on all corners of the world as the end of the year approaches. During the month of December, the fastest-growing MMA organization in the world will travel to three different countries, in three different regions of the world. 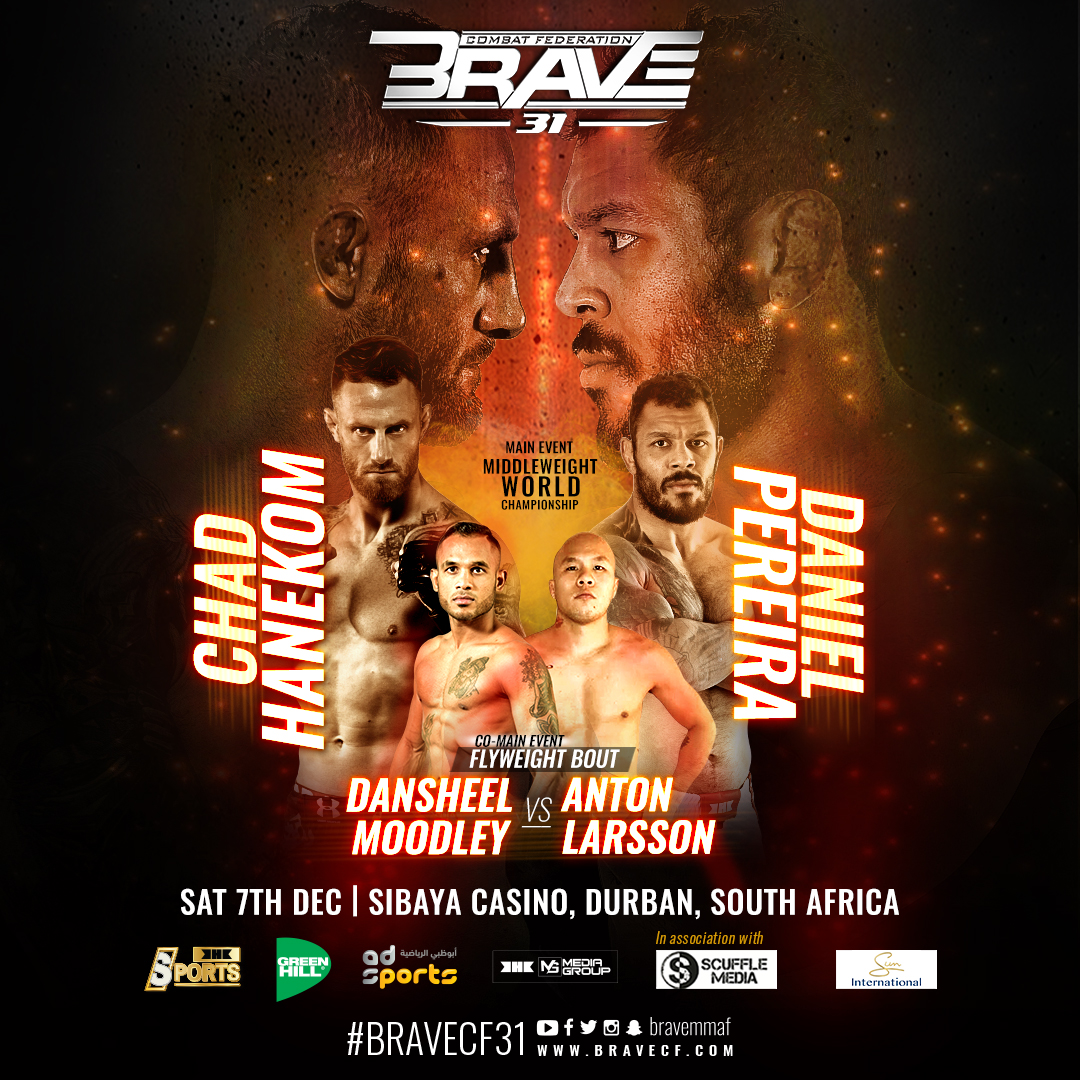 Starting with this Saturday (7), BRAVE CF will land in South Africa, Kyrgyzstan, and Saudi Arabia, with three explosive fight cards that will activate the sport in these regions like never before.
BRAVE CF 31 takes place for the first time in Durban, as BRAVE Combat Federation makes its much-awaited comeback to South Africa, with local superstar Chad Hanekom taking on Daniel Gaucho in the main event, with Middleweight gold on the line. Aside from “Superman” Hanekom, South-African fans will watch another nine homecountry stars face off against top international athletes. 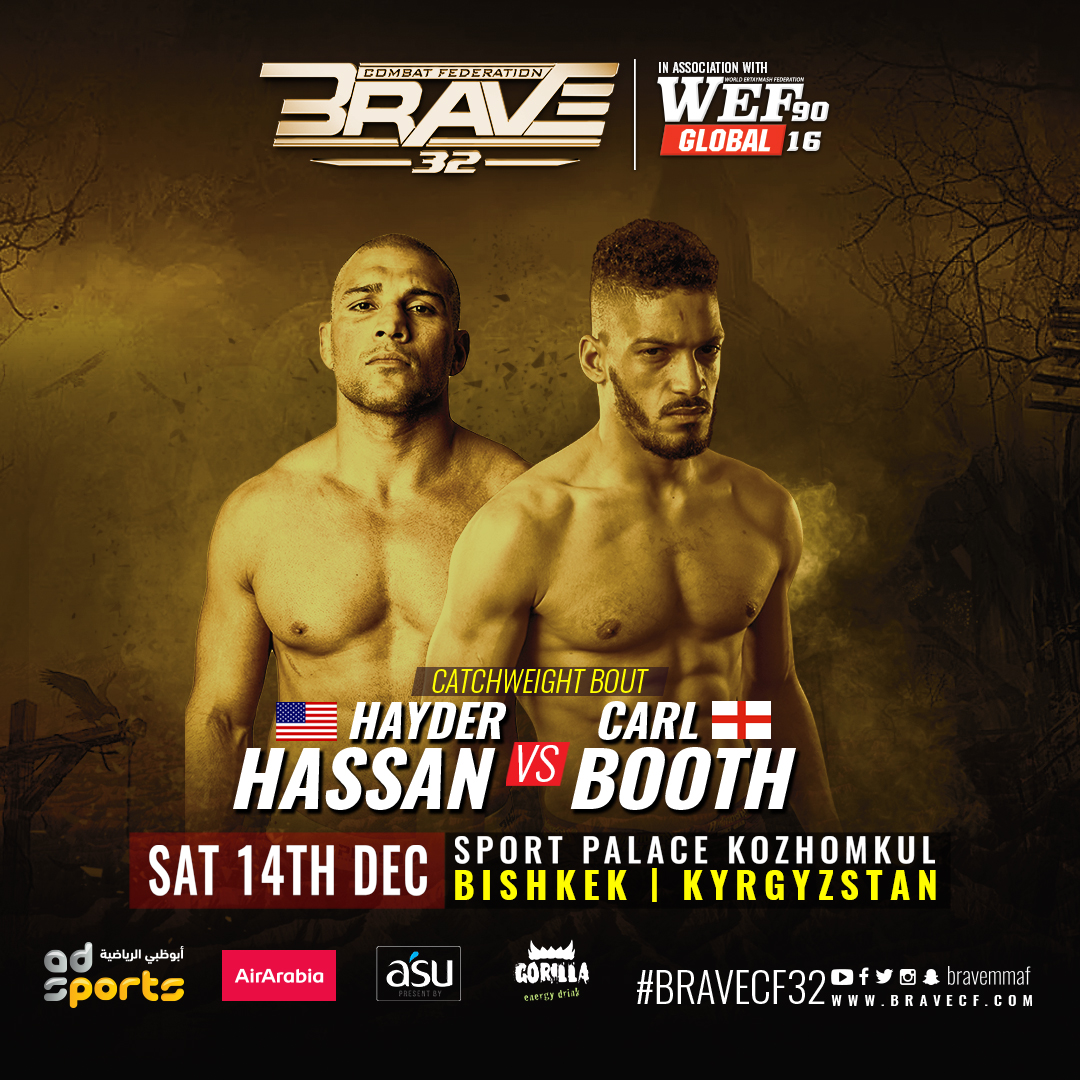 A week later, on December 14th, BRAVE Combat Federation lands in Kyrgyzstan for the first time. In an exclusive and promising partnership with WEF Global, the top organization in the region, BRAVE CF 32 will bring a clash of Welterweight stars as Hayder Hassan meets former title contender Carl Booth.
As is the case wherever BRAVE CF goes, local stars will be given an interntional platform to showcase their talents as well. Four fighters from Kyrgyzstan will be taking on some of the best athletes from around the world in a fight night that will change the local scene of mixed martial arts forever.
Finally, on December 27th, BRAVE CF goes back to Saudi Arabia for yet another unforgettable night of fights that will end the year in style. Match-ups will be announced in the coming days but the fans can expect more of the biggest international stars coming up and the addition of Saudi mixed martial artists for an incredible show.

Previous articleIsrael Adesanya predicts Paulo Costa fight would go similar to McGregor – Aldo
Next articleWatch: Jairzinho Rozenstruik says a ‘bomb’ will go off if him and Francis Ngannou fight